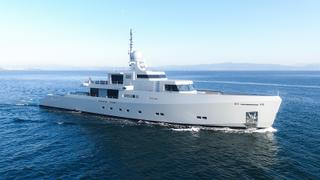 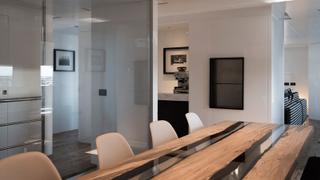 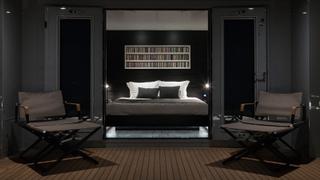 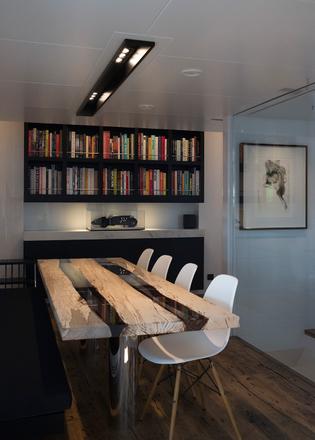 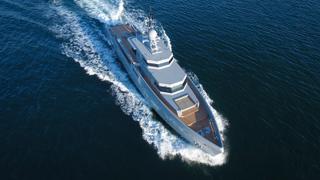 The 43.7 metre Tansu flagship yacht Project Cyclone has been delivered by the Turkish yard. Completed on speculation and currently offered for sale, she will get her public debut at the 2017 Monaco Yacht Show.

As the image below shows, she boasts the yard's trademark military styling, with sleek silver topsides an emphasis on straight lines and several rectangular portholes.

Project Cyclone has spent four years in development. Speaking in 2013, designer and yard founder Riza Tansu told Boat International: "She will carry the same DNA as our previous boats, form will follow function, and in that way it will be a very typical boat for Tansu, but it will be our first 43 metre boat. It will be a great project."

Al fresco relaxation areas include a foredeck seating area and a notably large aft deck, which can be used to carry two tenders measuring up to 6.2 metres.

One intriguing feature of the interior is her library, which boasts a ceiling height of around three metres. "It will be a very nice, cosy feature of the boat," added Tansu.

The galley is situated on the lower deck in the crew quarters, with three guest rooms (two doubles and a VIP) also on the lower deck and the owner’s suite on the upper deck, taking the total capacity to eight guests and five crewmembers.

Power comes from a pair of 1,900hp Caterpillar C32 diesel engines that propel Project Cyclone to a cruising speed of 16 knots, topping out at 21.7 knots. When trimmed back to ten knots she boasts a maximum cruising range of 2,700 nautical miles.

Other superyacht projects currently under development at the Turkish yard include the 44 metre Project Orca, which will take Project Cyclone's crown as the Tansu flagship when she hits the water later this year.