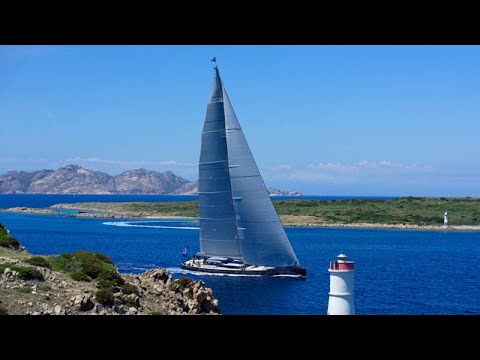 Video: Dubois Cup 2015 highlights above, on and below the water

A newly released video with highlights from the Dubois Cup 2015 showcases yachts designed by Ed Dubois fighting to lead the pack on the racecourse.

The Dubois Cup gathered sailing superyachts created by yacht designer Ed Dubois and Dubois Naval Architects for competition in the waters off of Porto Cervo, Sardinia. Hosted at the Yacht Club Costa Smeralda, the event featured two days of racing and social activities.

With an upbeat soundtrack, the Dubois Cup video below shows the beautiful yachts racing from above, on and even below the water.

Seven yachts raced in the Dubois Cup – representing Dubois-designed yachts launched from the 1990s until today. The 46 metre Ganesha who took first place and 53.5 metre Nirvana in second were both launched by Vitters, while third place 29.1 metre Alcanara was launched by SE Ward in 2009.

There were also six spectator yachts in attendance not racing, including one motor yacht, the 55.4 metre Turquoise.