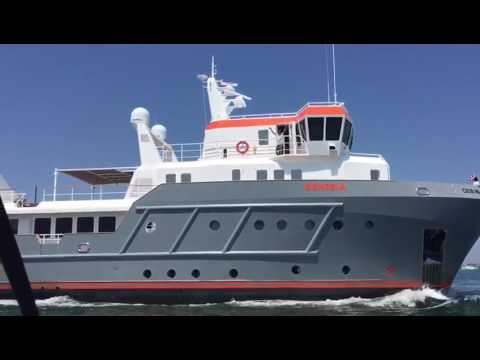 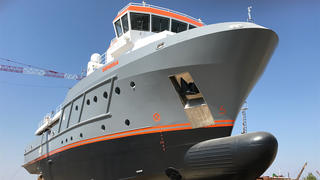 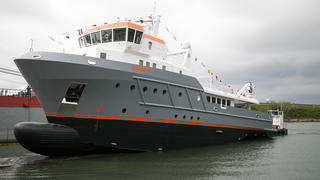 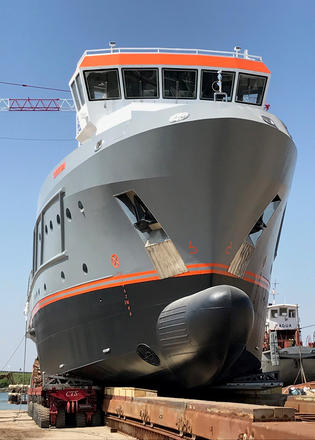 Built to RINA classification from a steel hull, aluminium superstructure and four teak decks, the new arrival was splashed in the Veneto town of Chioggia back in April. Genesia measures 40.25 metres, and her naval architecture, exterior and interior design come courtesy of Andrea Vallicelli. This close-up video gives a good sense of her scale, with a crewmember waving from a wing station.

Accommodation on board Genesia is for ten guests split between five cabins, while the crew quarters allows for a total staff of up to six people. Her vital statistics include a maximum beam of 10.25 metres and a draught of 3.3 metres.

Key features include a raised pilothouse boasting 360 degree views out to sea, while the aft deck is split between an al fresco dining area and tender storage space. Further aft, the bathing platform allows easy access to the water, with a central staircase leading up to the sheltered cockpit.

Power comes from a pair of 1,300hp Caterpillar C32 diesel engines for a top speed of 13.5 knots. When trimmed back to her cruising speed of eight knots, Genesia will boast an exceptional range of 7,500 nautical miles, thanks to a total fuel capacity of 170,000 litres.

Based on the North Adriatic coast, Cantieri Navali Chioggia also specialises in superyacht refit projects, with a dry dock that measures 55 metres long and can service vessels weighing up to 1,250 tonnes.