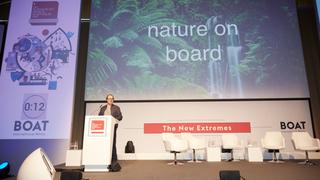 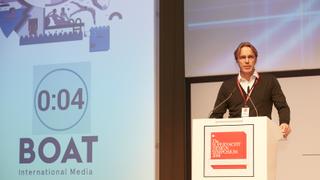 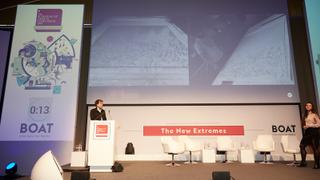 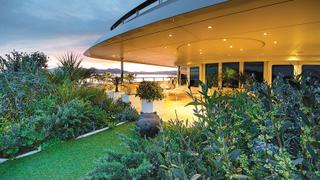 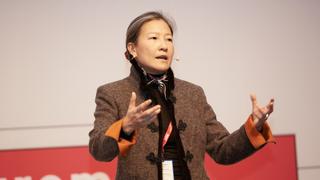 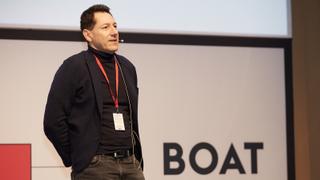 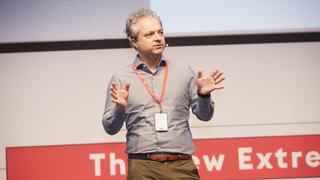 Brevity and impeccable timing were paramount for the six brave speakers who took on the Pecha Kucha challenge at the Superyacht Design Symposium.

Following a format first established in Tokyo in 2003, each speaker was given just 20 seconds to explain each of the 20 slides that made up their presentation. Given that the topic was the complex world of cutting-edge superyacht materials, the challenge was an unenviable one.

First up was Marcel van der Spek, co-founder of Esthec, who elaborated on the rise of synthetic decking in the yachting sector. “Initially these materials have been refused and not considered, but innovation and technology are changing this view,” he said.

Yachting clients are now presented with a wide array of options, from smart decks that can sense movement to built-in fibre optics. One of the biggest issues in the decking world is controlling the temperature so that owners can walk around barefoot and van der Spek revealed that Esthec is currently in the process of introducing a new type of synthetic decking that can be cooled down to 45 degrees Celsius or even heated up when cruising in icy regions.

“We would like to see if this industry is going to follow innovations, use innovations or stick to things we’ve done for centuries,” he added.

The second presentation came from Pavel Krajcik and Michaela Listová of Lasvit, who began with a brief history of glasswork in the Czech Republic. Krajcik explained that the country has always been at the forefront of glassware innovation, but this has not always been visible to the Western world due to the restrictions enforced by the Communist Party of Czechoslovakia.

Thankfully this is no longer the case and companies like Lasvit now have a global audience for their work. Notable recent projects include a pair of 40 metre long dragon sculptures that will be installed in Hong Kong and a 30 metre long chandelier for the Dubai Opera House. “We are looking forward to pushing the limits and exploring the new extremes within the yachting industry,” Listová added.

Next up was Axel Massmann, CEO and founder of Yacht-Green, who focussed on the increasing demand for nature on board yachts. Such a feature is not without its challenges, he explained: “Plants don’t speak any language, they are from different places all over the world, they are individuals and have their own needs.”

However, with a nod to John F Kennedy, Massmann added: “We want to bring nature on board, not because it’s easy, but because it’s hard.” The three key stages to consider are technical preparation, installation and maintenance, he said. The results can be as spectacular as a pine forest on board with artificial daylight, automatic watering and irrigation.

Massmann also raised the tempting idea of serving your guests fruit grown on board, or a bottle from your on-board vineyard. Although such notions may seem a long way from reality, the green shoots can be seen on many yachts where chefs grow their own fresh herbs on board using a vertical green wall.

Sustainability was the focus of Lay Koon Tan’s presentation. Addressing the delegates of the Superyacht Design Symposium, the founder of Nature Squared argued: “Nature is the most extreme designer. We see ourselves as curators of nature’s designs.”

Although many of her projects are confidential, Lay Koon was able to share details of a few recent pieces, including a pen made from tobacco leaf to resemble a Cohiba cigar, a high-end restaurant table finished in eggshell, and a dashboard inlay for a Rolls-Royce that used American bronze turkey feathers.

She finished with two memorable quotes that summed up the studio’s passion for nature:

Man masters nature not by force, but by understanding - Jacob Bronowski

Maurizio Minossi, technical director at Videoworks, took to the stage next and gave us an overview of the cutting-edge yachting technology that we can expect to see in the years to come.

These included wall panels to simulate daylight inside, flat panel satellite antennas, and LCD screens that turn transparent when switched off — an example of which was on display at the 2018 Superyacht Design Symposium.

For all of these technologies a seamless user interface and smartphone control is vital, argued Minossi, who explains that your handset's technology can be used to track where you are on board and trigger lighting, heating and audio settings automatically when you enter a certain room.

The last speaker to take the Pecha Kucha challenge was Henning Fehrmann, CEO and owner of Fehrmann Metallverarbeitung. The company has a strong reputation within the yachting industry for its work on windows, but new technology will see its offering evolve.

“Augmented reality is our next step,” Fehrmann revealed. “A window is your own personal display of the world and we can now use it to overlay information about what you are seeing.”

Fehrmann Metallverarbeitung has begun a research and development project with the German Maritime and Hydrographic Agency, bringing the prospect of smart windows on yachts one step closer.

“We don’t need to Google anymore, we can just see the information we need,” Fehrmann concluded.