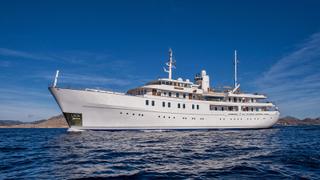 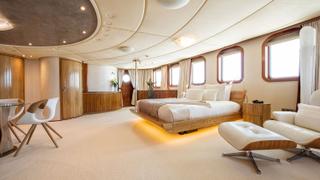 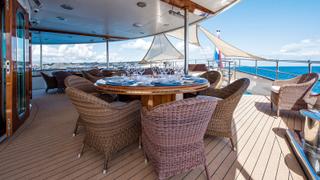 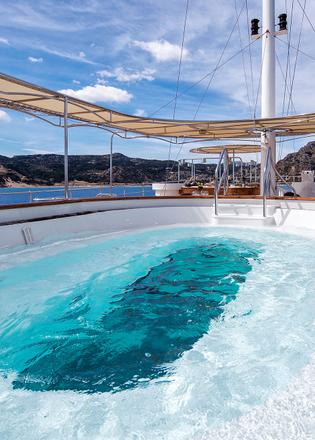 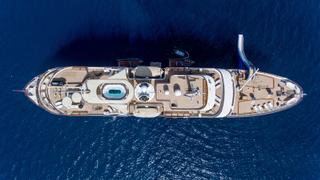 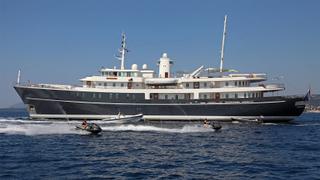 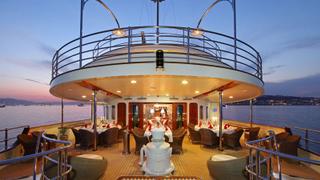 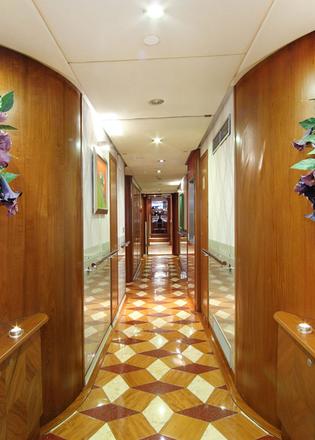 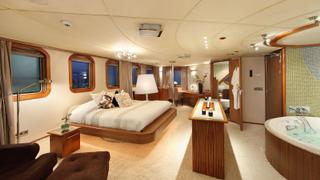 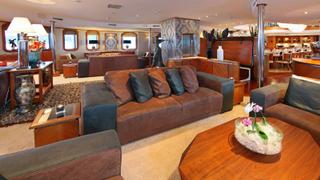 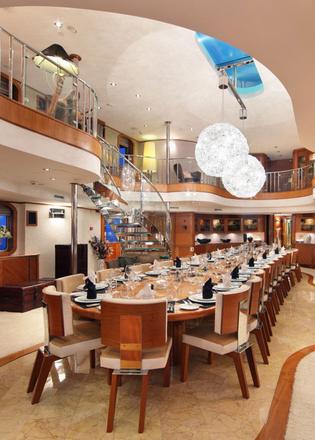 Inside the revolutionary refit of 70m superyacht Sherakhan

Despite her brand new gleaming white hull, charter favourite Sherakhan is instantly recognisable moored among the other vessels in OneOcean Port Vell. “She is very classic, so I wanted to make her white for a long time,” explains Jan Verkerk, owner and former captain of the recently refitted yacht. “When you make the hull dark you only see a big black thing. There’s no shape to it, no contours, no colours, no life and now we’ve made her white, all her windows and smaller details have come to life. People thought she would lose her power but she’s gained it – she gets a face.”

First launched in 1966 by Vuyk in the Netherlands as passenger ship Princess Margaret, she was rebuilt as a luxury vessel in 2005. Her first charter started on June 23, 2005, a day Verkerk recalls perfectly. “I remember the name of the client, how he came on board,” he says. “You could ask me every detail, I still remember how I was standing there in Nice on the gangway waiting.” The 69.65 metre yacht has undergone a few refits since, but none quite as personal or as extensive as this latest one, completed at Dutch yard Icon Yachts in December 2017.

Excess furniture has been either removed or reupholstered and repurposed, while communal spaces have been updated and streamlined for the modern charter guest

Most of the interiors have had the dark wooden panels and kaleidoscope of wallpapers swapped for a crisp white palette in an array of subtle textures, offering a fresh canvas to complement the array of on board curios. The collection includes a detailed freestanding globe, one of a kind olive root chairs and first edition works of the famous authors to which each cabin is dedicated.

“She accumulates more pieces from everywhere she travels, so the idea was to strip it down and to look at her pure beauty,” explains Manon de Wit, chief stewardess on board, who has worked with Verkerk for more than 10 years. “We chose a lot of white in order to let her classic shape do the talking rather than all the colours.”

Excess furniture has been either removed or reupholstered and repurposed, while communal spaces have been updated and streamlined for the modern charter guest. She boasts entirely new AV, internet and communications systems alongside the capability to play different music in each room.

Sherakhan has been a charter machine for the past decade so it comes as no surprise that this refit was geared towards a better charter experience. “I wanted to make her more elegant again, younger, brighter and more modern,” explains de Wit, who played a big part in the refit. “I really like to listen to the client and it [the refit] makes it possible to adjust the boat exactly to their wishes, because it is a blank page and it is yours as a client to fill it.”

“A lot of people are repeat clients, and it’s nice that they can come into a new, modern environment,” says Verkerk. “They can see that you put all attention into the boat and that you make sure that all of the comfort is organised.” The one thing that both de Wit and Verkerk were pleased to be rid of was the bath in the master cabin – in the past ten years it had been used just three times, one of which was to store a barracuda.

According to Verkerk, the refit was a smooth process, the only challenge being an extremely tight schedule to realise his vision. “There’s two ways to design things. You can make it for yourself, and then you do whatever you like, or you make it as much as possible for the public so that more people like it,” says Verkerk.

The reactions post-refit have been positive. “Everybody loved Sherakhan, because she’s got a unique feel to her, but now they’re coming on board and they’re amazed. She looks great and she feels crisp,” says Tom Debuse, director of charter management at Y.CO.

“The whole feel of the boat has changed, so when people look at it they think it is a completely new yacht, and that’s what we’re going for.” The success of these changes is evidenced by the fact that her first charter clients following the refit extended their time on board from two weeks to seven.

Sherakhan is showing off her fresh face around the Med this season, before heading across to the Caribbean where she’ll be available to explore Central and South America and Cuba.

Refresher course: How a design makeover can breathe new life into your superyacht