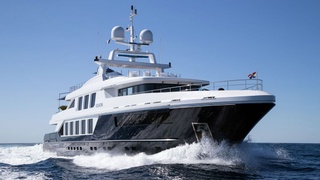 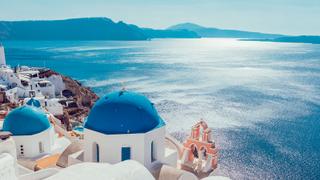 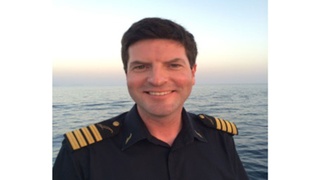 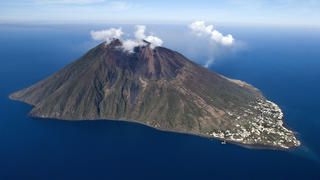 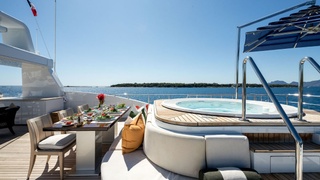 Captain's questions: on board 42m Clicia with Captain David Burke

What is Clicia up to this Med season?

This season we have a really epic three-week cruise for the owner. We are starting in Venice and then working our way down through Croatia, Montenegro, the Ionians. Then we are going to go through the Corinth into the Aegean and the Cyclades. Afterwards we are going to work our way down south from Mykonos to Santorini. We will then jump across to Milos, Hydra and then back through the Corinth and finish in Malta. I am very excited about it as its going to be my first owner’s trip on board. I have got a lot of experience in the Greek islands and the Adriatic so I am looking forward to going back, I love it there.

Where is your favourite destination to charter and why?

My favourite destination in the Med would be Corsica, I have got a real soft spot for the island. It was one of my first cruising areas when I started out in the industry. I love the West coast as it has got so much to offer. The beaches are incredible, really beautiful, and are often empty even in the middle of August because the access is difficult. You don’t get that kind of thing in many places in Europe.

Where is your favourite stop off to take guests?

On the island of Šipan in Croatia there is a restaurant called Bowa. It’s a bamboo structure and the tables are on individual platforms and the food quality is amazing. The anchorage outside is quite deep, about 40-50 metres, and it’s sheltered because it is on the east side. The feedback that I have got from clients and owners has always been fantastic. It looks really beautiful because you are looking back at the yacht and the beautiful scenery while you are eating.

I would really love to go cruising up in Alaska. I would to love start from British Colombia and work my way up. Maybe later in my career when my children are a bit older.

What is the best part and worst part of your job?

The best part is client satisfaction. Honestly, I get such a buzz from people having a good time on board. It’s kind of validation for everything. The difficult part is being away from my family. I manage that quite well now myself but it can also be difficult for the crew.

If you weren’t a captain what would you like to being doing?

I have been doing this since I was very young but I guess a professional footballer, although I would be retired now. I love football.

What’s been your most memorable charter moment?

We were going down the Amalfi coast to Stromboli not so long ago with a lovely American family and the stars all aligned. It was around sunset time and Stromboli was getting closer and behind was a super moon. It created this incredible light. On the starboard side the sun was setting and for a time the sun and the moon looked almost identical. Also, to make things really special, Stromboli started sparking up. There was also loads of sea life – whales and dolphins coming to the surface – all around and going wild. I have never seen anything like it, everything was just coming together.

Is there a charter you would rather forget?

We had a very tricky charter one time, they were just very serious people and didn’t seem to be having a very good time. Day three or four I was a bit worried about it because it just didn’t seem to be going very well. We tried a few things to lighten the mood but that didn’t work so we thought we would just let them be. In the end, we broke the ice in a funny way. They wouldn’t go swimming or do water sports because there were a lot of jelly fish so we put the nets out and eventually they got in the water. They were still a bit grumpy and nervous swimming around and then as they were swimming the net started to slowly close in. It got smaller and smaller like a big long sausage and they were all looking in the same direction. There were about ten of them paddling in single file and then they were all in hysterics. They went back to being serious again after that though.

Captains' Questions: On Board 75m Wheels with Captain Stefhan Malherbe

Captains' questions: On board Preference 19 with Captain James Box