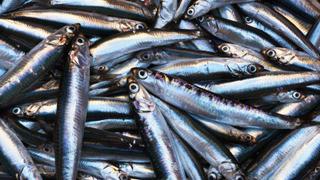 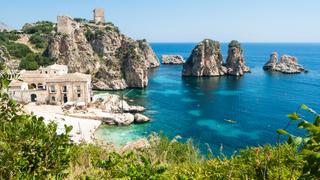 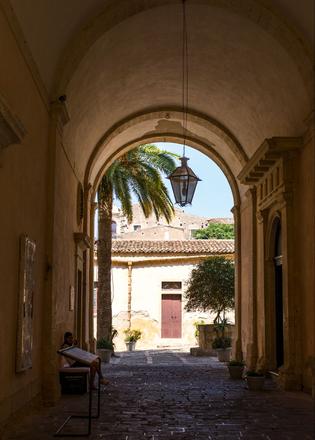 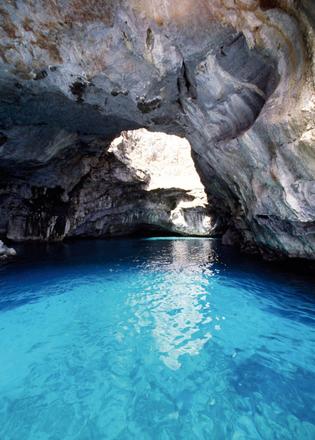 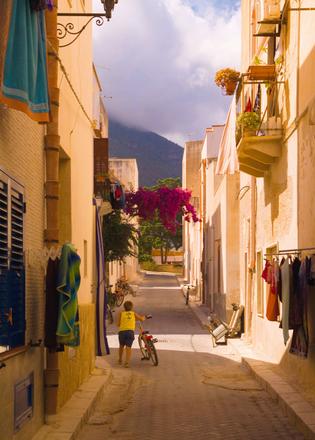 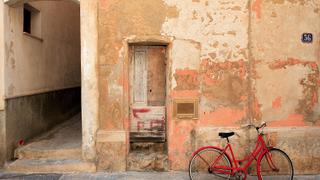 Exploring the wild side of Sicily on a superyacht

With its rugged coastline, mountain trails and secluded grottoes, western Sicily is the gateway to a more remote Mediterranean adventure – but Risa Merl can’t keep it to herself

The sun bakes down on the white-pebbled beach, necessitating a dip. Floating in the empty bay, skin cooled by clear blue sea, it seems impossible that these tranquil, untamed islands could lie within the Mediterranean. Ours is the solitary yacht in view, swaying on its mooring under limestone cliffs that reach towards the cloudless sky. It would be lonely if it wasn’t the exact level of solitude I am seeking.

While some remote spots require intense efforts to reap the rewards of serenity, the Aegadian Islands off Sicily’s rugged western coast have been right under our noses all along. The islands are surprisingly easy to get to but feel worlds away from other favourite Mediterranean hotspots. Often we feel so spoiled for choice in the Med that we forget to poke beyond the lively cruising grounds of the Italian Riviera and Côte d’Azur. But those who are enticed by nature, outdoor adventure and privacy rather than by parties and retail therapy will be amply rewarded with a meander along this stretch of coast.

There is something mythical and elusive about Sicily. It is steeped in fascinating history, both of the man-made and natural varieties, predating Mafia ties and the attached Hollywood movie lore. The Greek temples, smouldering Mount Etna – Europe’s largest active volcano, which just this year reminded the world she is still kicking – are tourist sites compared with the hidden gems that our itinerary puts forth.

Those who have left their stamp on this island include the Phoenicians, Greeks, Romans, Byzantines, Arabs, Normans, French, Germans, Spanish and British. Though Sicily is undoubtedly Italian, this blend of cultures has left an amazing amalgamation of architectures, heritages and, of course, the fresh fusion cuisine for which Sicily is renowned. Palermo was once the capital of the Arab world, and Arab-Norman and Baroque architecture define the buzzing city.

This is where our escapade begins, as the 27 metre Benetti Sail Division yacht My Lotty awaits in Palermo Marina, towered over by the Grand Hotel Villa Igiea. We dine at this five-star hotel, which retains much of its original décor, resplendent in chandeliers, frescoes and Art Nouveau furnishings. The Cuvée du Jour is the most coveted table. Adjacent to the hotel’s main restaurant, this dining room seats only 14, catered to by Chef Carmelo Trentacosti’s experimental take on Sicilian fare. The five course sea inspired tasting menu features smoked squid, red mullet stuffed with rock shrimp or whatever the fresh catch of the day might be.

The restaurant is a treat, but so is the Sicilian fare enjoyed on board MyLotty – even more so the next day when we take lunch al fresco in a picturesque bay off Palermo. Kitesurfers put on a show in the steady winds, edging closer to the boat and pulling flips as we cheer appreciatively. Leaving Palermo, we bear west towards wilder Sicilian shores, aiming eventually for the Aegadian Islands. The further west we go, the more we escape into simple living. Lo Zingaro Nature Reserve is protected on land and sea, the lush park stretching seven kilometres along the coast between the ancient clifftop village of Scopello to the east and the beach town of San Vito Lo Capo to the west. The park can be accessed only by foot or boat, so the beaches that are closer to the middle – and inevitably take longer to hike to – are quiet even in the height of summer. And a tender can beat the day trippers to the most secluded coves anyway. Those on board looking to stretch their sea legs are spoiled for choice with a tangle of coastal and mountain trails, the highest climbing 1,000 metres above sea level and providing spectacular views. In spring, the park blooms with wild flowers, filling the air with the scent of rare sea lavender.

Just a few minutes away, at the foot  of Scopello, is the famed Tonnara di Scopello, a former tuna fishery that had  a starring role as a backdrop in Ocean’s  12. The elegant main house and towering Faraglioni rock formations offshore certainly give it a cinematic quality. Long ago ceasing operation, the Tonnara now operates as a very pared down beach club. Each region of Sicily is famed for certain  dishes. The Palermo area is known for its pasta con le sarde, but there’s sfincione  too, a pizza that bears more resemblance  to the thick crust American style than the traditional Italian and is usually topped with anchovies. But the typical western  Sicilian food to try? Couscous. I can’t  recall ever seeing this dish on an Italian menu, but here it is everywhere, thanks to the African influences this region embraces. For dinner that night, we partake of five courses of couscous in a restaurant overlooking wind-thrashed Salinella Beach, around the corner from the beach town of San Vito Lo Capo, which happens to host the Cous Cous Fest every September. We have couscous with seafood, braised beef and even couscous for dessert – a surprisingly delightful apricot flavour sealing off the evening. Wilderness is served up in as many different ways to anyone exploring Sicily on a luxury yacht, and this shoreline is different from the last – a wide open, desolate and wind-beaten beach backed with angular cliffs. The area is popular with rock climbers.

Nearby is what MyLotty’s Captain, Bruno Montalbano, describes as one of the most beautiful places in northwest Sicily, one of the best Italian superyacht destinations. “The little fisherman’s village of Monte Cofano is where you have a quiet spot out of the traditional routes. It’s a nice spot for a swim and inland trekking along the little pathway of Monte Cofano named Punta del Saraceno.”

Before heading further afield, Maura Zane  of West Coast International, which manages  MyLotty, suggests a 30 mile detour northward  to Ustica. “Why Ustica? It is a very wild island with amazing waters,” says Zane. It’s known as the Black Pearl of the Mediterranean and is actually a burned-out underwater volcano, with only four square miles protruding above the surface. If it were entirely visible, Ustica would match Mount Etna. Instead, it makes for captivating diving – from caves to a site called Cape Gavazzi, the world’s first underwater archaeological museum, where remnants from Roman-era shipwrecks can be seen in 15 to 40 metres of water.

Set south in the Med, and therefore closer to the equator, Sicily’s season is happily stretched. Come as early as April and linger into October, and you’ll still find sunny, warm days – an improvement over autumn in the South of France when the weather begins to turn. It makes for a longer diving season as well, ideal for scuba enthusiasts looking to pack in more dives without extended travel times.

To soak up some history above the water, there is still one more stop before the Aegadian Islands. Mozia is found off the western side of Sicily, further south from the city of Trapani. Set in the Stagnone Nature Reserve lagoon between Trapani and Marsala, this little island looks unassuming but its history stretches back more than 2,700 years to when the Phoenicians built a trade outpost and town. It is rare to see such well-preserved Phoenician ruins in Italy and a museum on the island is devoted to displaying artefacts discovered here.

“We are able to have a very special welcome in Mozia,” says Zane of the private experience that the windmill-topped island lays out for charter guests, “tasting the local cuisine, custom made specifically for VIP clients.” This lagoon-bound island is set out of the path of typical tourist trails, and we are treated to a private lunch in the garden, making the visit even more exclusive. This isn’t a restaurant, but home cooking that’s better than you’d find nearly anywhere on Sicily. After touring the museum and mystical island, it is a perfect way to end the tour.

Soon it is time to sail to the Aegadian archipelago. The trio of islands – Favignana, Levanzo and Marettimo – are each beguiling in their own way. About nine miles from Trapani on the mainland, Favignana is shaped like a butterfly and a sailing yacht seems the perfect fit for exploring the quiet bays here. We glide in under the peacefulness of sail, and once the clanging of the anchor subsides we are left again in quiet bliss. We take the tender and tuck into Grotta Azzurra (after the colour of the water), Grotta dei Sospiri (the grotto of sighs) and Grotta degli Innamorati (lovers’ grotto), so named because of two identical rocks that stand side by side against the back wall. Levanzo is the tiniest and least populated of the islands. It is a favourite among nature lovers and photographers – the jagged coast and the archway rock formation of Cala Rotonda undulating into the distance. The island is so quiet, it’s hard not to be overwhelmed by the sound of the waves crashing, or my own footfall on the stone trails. But I’m far from the first to walk here, as evidenced by the cave art found in the Grotta del Genovese. Discovered in 1949, the wall paintings are from the Upper Palaeolithic period while decorative incised drawings might date back to the Neolithic period.

The furthest west Aegadian island, Marettimo, is a steep, rocky peak rising from the sea. Its imposing form promises myriad hiking trails and expansive lookout points. The town of Marettimo itself is petite with whitewashed houses and the ruins of a Spanish castle that later served as a prison. There are no hotels here – visitors not lucky enough to arrive by private yacht, but transiting on ferry, must stay in accommodation run by local fishermen. Captain Montalbano suggests anchoring at Punta Troia, to the north side, and visiting the old castle for some peerless views and photographic opportunities. Or if the summer sun demands a dip, then take to Punta Cortiglio in the south, “where you can have a nice swim and fantastic snorkelling”, he says.

There are few discoveries more enjoyable than off-the-beaten-path beauty spots, especially when they’re closer than you think. Ascending a rocky bluff on Marettimo island, I gaze out at the coastline below, the empty coves, the lack of civilisation – and I wonder what took me so long to get here.

My Lotty is available for charter with West Coast International from €28,000 per week, westcoastint.com