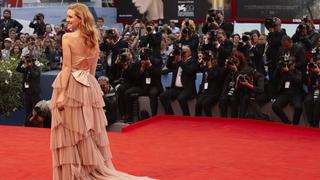 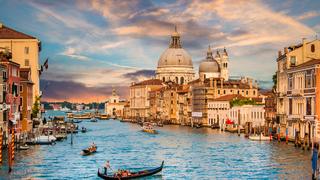 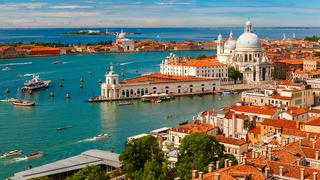 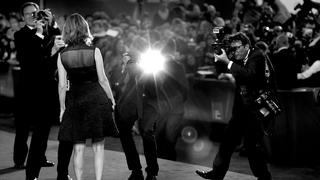 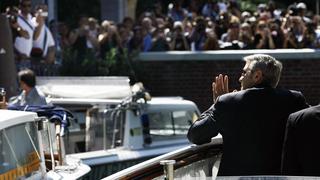 How to survive the Venice Film Festival by luxury yacht

“I could serve cocktails in bags… or in alginate bubbles that I push over to you and you – pop! – stick a straw in.” Colin Field, head barman of the Ritz Paris, is reclining in a water taxi as it ploughs the Grand Canal in Venice, and he’s musing about serving cocktails in space.

Field is on a world tour, “making his wishes come true”, with residencies in some of the most glamorous bolt-holes on the planet. Next stop is the Orient Express but his most recent stint, at the Belmond Hotel Cipriani in Venice, has sent his ambitions (literally) stratospheric: Sir Richard Branson’s touted spaceships have just been added to the list.

It is easy to sympathise. Venice is always a city that pleasantly elasticises one’s connection to reality. But during the film festival (August 30 – September 9 this year) the city feels like a mysterious island on which you have been marooned with a tribe of A-list film stars. Do it on a superyacht and you may well spend the passage home pondering what to order in your alginate bubble.

One of the attractions that draws these yachts to Venice is that the main berths are in the heart of the city. “My favourite is Punta della Dogana, the mooring piles of La Salute,” says Oliviero. “It is opposite St Mark’s Square and guarantees a stunning view and utmost privacy. You are tied up on both bow and stern, so wash and tide variations do not affect you as much as if you were alongside.”

The 65 metre classic motor yacht Shemara moored here when she visited in 2014 and her captain Julian Spier describes the position as “really quite special”. He experienced a few of the rules and peculiarities of Venice by yacht: everything – from provisions to fuel – is delivered by boat rather than quayside and you must use water taxis rather than your tender, not something he found problematic (these wooden classics are plentiful and add a splash of local colour). He recommends – take a deep breath – rat line protectors “to stop things getting on board”.

There’s certainly enough glamour here to make up for a few rodents. Superyachters and film festival glitterati lounge on the spectacular terrace of Bar Longhi, part of the baroque confection that is the Gritti Palace, right on the canal, while the super-stylish Aman has a highly unusual feature for Venice: a gorgeous garden. But the Cipriani, tastefully removed from the hustle and bustle on Giudecca island, is the cool crowd’s favourite hideaway. It was here that Shemara’s owner held a relaunch party for the yacht.

Off the yacht there is plenty to do during the Venice Film Festival. The hotel’s bars – Gabbiano and Fortuny – are at the apex of the action: Tom Cruise has, on occasion, shaken his own cocktails here; Charlize Theron has sipped a few; and Al Pacino, a regular, always greets staff enthusiastically, in what concierge Gabriele Picci describes as “a very Sicilian way”. Some years ago Elizabeth Taylor sauntered into the Fortuny Bar and ordered a cocktail for the little white dog draped over her shoulder. He was served water in a Murano glass goblet.

George Clooney is the hotel’s most loyal star, jumping behind the bar to whip up tequila concoctions for wilting staff during a 3am drinking session and even staying here for his stag night, decamping to the Aman for the wedding itself. Head bartender Walter Bolzonella has known Clooney for so long he created two cocktails in his honour: Buona Notte (lime, ginger, cucumber zest, cane sugar, cranberry juice, Angostura bitters and vodka) and La Nina’s Passion, named after Clooney’s mother (passion fruit juice, elderberry flower liqueur and Franciacorta Cuvée Brut) – “drink no less than two and no more than four” is Clooney’s advice.

Cannes is the best-known destination for superyacht owners who want to enjoy a film festival buzz, but Venice has its own attractions. It’s relatively un-marketed so is less of a fan-magnet than Cannes and, unlike its French counterpart, where red-carpet screenings are for industry insiders, you can buy tickets to premieres (available a day in advance from the PalaBiennale cinema and the Casinò di Venezia among other places).

For those exploring this city by yacht it is a scintillating time to visit, with a wealth of art to discover (the festival is the crown jewel of the Venice Biennale) and various film stars or celebrities on boats or wandering off-guard around the cafés and shops. For a film festival it has an unusually intimate feeling – perhaps it is the closeness of the towering palazzos, or the maze of den-like restaurants and bars. And a yacht is more of a celebrity here than on the marque-clogged Côte d’Azur. Try bagging a Palme D’Or winner for your yacht party in Cannes and see what happens. Here...well, maybe.

Luckily the practicalities of visiting Venice by yacht are a more down-to-earth proposition. “Once all the formalities have been done, there is nothing to be worried about,” says Caterina Oliviero, of JLT Yacht Agency.

Unusual requests that JLT has received during the film festival include bringing the giant lion statue that symbolises the festival on to a superyacht for a party (they achieved it moments before the party kicked off – with permission from the director of the festival – using a barge and a crane).

When it all gets too much, Venice’s smaller islands are a refreshing jaunt in a city built to explore by boat. On Sant’Erasmo they grow luscious peaches and the tiny, sweet purple-tinged artichokes that are a local speciality (try them served raw with lemon and fresh parmesan as cicchetti – Italian tapas – with an Aperol Spritz in the early evening). You can also visit the Orto vineyard, where French winemaker Michel Thoulouze makes use of the lagoon, sinking boatloads of his blended white for nine months at a time before continuing the vinification on dry land. The result, with a dominant flavour of the Istrien Malvoisie grape, is a rich, truffley white with an unmistakably marine scent.

There’s a wealth of glass art to splash out on in Murano – Venini’s chic jewel-like creations are a highlight. Burano is famed for its rainbow of coloured houses, a perfect photo-op by yacht, and its next-door island of Mazzorbo also boasts the Venissa winery. It grows and uses only the Dorona grape, which was known as the golden grape during the time of the Doges and almost extinct until it was revived by a family of famous Prosecco-makers, who also opened the Michelin-starred Venissa restaurant on site.

The bottles for the golden white are handmade in Murano and each year’s vintage is differentiated by a specific pattern of gold leaf. Like Venice itself it is the most decadent, glamorous of vessels. Unless, of course, you are drinking from an alginate bubble.

Charter a superyacht in Venice

10 celebrities on boats at the Venice Film Festival