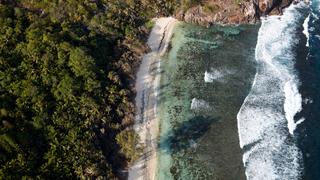 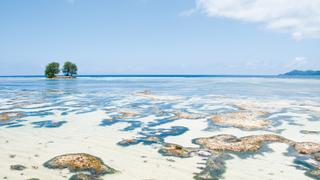 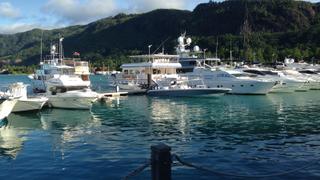 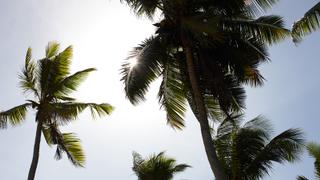 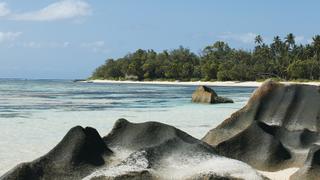 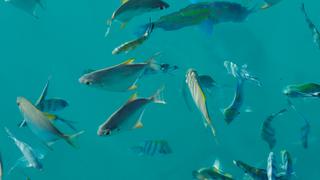 Paradise Regained: Experience the untouched islands of the Seychelles

Security concerns have kept superyachts away from the powder sands of the Seychelles, says Zöe Dickens, but the unspoilt islands are now ripe for exploration again

Crystal clear waters teeming with vibrant sea life, secluded anchorages and 115 stunning islands ripe for discovery: on paper the Seychelles is a superyacht owner’s dream cruising ground. In reality, its proximity to the pirate hotspots of East Africa — the archipelago is 930 miles from the Somali coast — means this exotic yachting playground has been a no-go for several years.

The risk of hijacking meant that for years the Seychelles government required all vessels entering its waters to carry armed guards. These restrictions were lifted in May 2015, with the prime minister declaring there was “no longer any threat” to superyachts in the area. And, while it is still advisable to seek advice from security experts, there have been no successful hijackings in the area since 2012.

Because so few yachts came here until recently, facilities are limited — the archipelago has only one marina capable of berthing superyachts. But the Seychelles has slowly been enticing the superyacht set back to its glistening shores (91 metre LürssenLady Lara and 70 metre Talisman C have both been spotted recently). And for owners looking to escape the well-trodden path of the Caribbean for something quieter, the Seychelles’ aquamarine waters are an attractive alternative.

The best place to meet your yacht when discovering the Seychelles is Mahé. Not only is it the Seychelles’ largest island and home to the main international airport – there are daily first class flights with Etihad – but it is also the location of the aforementioned sole superyacht facility, Eden Island Marina. Overlooking the marina (which can host yachts of up to 120 metres) lies the slick, modern Eden Bleu Hotel. Its infinity pool, airy décor and laid-back bar are proving quite a draw for visiting prime ministers and foreign dignitaries as well as those looking for a base from which to explore Victoria – one of the world’s smallest capital cities, with a bustling market and manicured botanical gardens.

There is plenty of local colour to be sampled at the hotel too. Take, for example, the crash course in Creole cuisine I was given by the head chef, Luke Dale-Roberts. While the islands’ history as first a French then British colony is evident in a delicately presented octopus and avocado salad, Dale-Roberts’ cooking also showcases local flavours more exotic to Western palettes. Lightly grilled red snapper is paired with bread fruit croquettes and tec-tec nage (a creamy sauce made with small native clams), the result of which is an unusual but delicious spicy and sweet combination.

To get a taste for the local culture I explore the inner islands, heading to Praslin and La Digue. Both are easily reached by dayboat and a quick taxi up the mountain on Praslin will reward you with the tranquil forest of Vallée de Mai. Once there the only sounds are birds calling from the canopy and geckos rustling in the leaves of the famous coco de mer trees. The forest was made a UNESCO World Heritage Site in 1983.

With so much to see, however, and so little time, I reluctantly leave for La Digue. Just 15 minutes away by boat, this tiny island is like stepping back in time. Transport is almost solely by bike and coconut oil is still produced with a stone mill (and a cow called Victor). It soon becomes apparent, however, that this is antiquity by design.

“Five star hotels are not allowed on the island,” explains Dania Morel, from the Seychelles Tourist Board. “We want people to meet the locals and experience what the island has to offer, not hole up in luxury resorts and never leave.” The Swedish royal family made sure they got out and about on a recent visit.

This Robinson Crusoe feeling is the real joy of the Seychelles, but to experience it properly you have to head further afield. Lying 250 miles southeast of Mahé, Alphonse is a private island resort that for decades has been the closely guarded secret of serious fly fishermen, although now a maximum of 12 rods is allowed in the area at any one time. The island underwent a high-end overhaul in 2016 and recently reopened with a new focus on scuba diving, snorkelling and sunbathing. After a 14-hour cruise from Mahé, yachts can anchor off at numerous deep water spots and tender or helicopter in using Alphonse’s private airport.

Sea travel between the Seychelles islands is now extremely safe thanks to a series of new coastal surveillance radar towers, one of which has recently been installed on Alphonse, but experiencing the island by air for the first time is equally thrilling. Catching a glimpse of my densely-vegetated destination from the window of Alphonse’s tiny propeller plane leaves me feeling like the intrepid Edward Malone in Arthur Conan Doyle’s The Lost World.

Once safely back on land, I am shown my elegant but simple beach bungalow. “Don’t expect TVs or in-room WiFi,” warns general manager Gordon Rankin. “All the entertainment you need is provided by nature.” Kitted out with a snorkel, mask and bike, I head off to explore and soon discover that Rankin wasn’t exaggerating. While cycling along the paths I have to slow down to avoid the giant tortoises that roam freely, a stroll to the beach beyond my bungalow is rewarded with a sighting of both baby stingrays and sharks, and I spot a hawksbill turtle within minutes of snorkelling from the shoreline.

Alphonse is also perfect for scuba divers thanks to the strict catch-and-release policy followed by the island’s fishing guests, as well as the protected marine area set up by the quasi-governmental Island Conservation Society, which has a base on Alphonse. Experienced divers staying on their own yacht can hire equipment and guides to help them find the best spots, which promise sightings of manta rays, green turtles and huge numbers of tropical fish. For newbies like myself, Alphonse offers both full and introductory PADI courses.

Above the waves there is never a dull moment either. Whether it’s hiking around the deserted neighbouring island of St François, where the coral crab is king, getting lost in the half of Alphonse completely given over to nature, taste testing curry leaf and basil smoothies in the kitchen garden, showering al fresco during a thunderstorm or releasing lost baby turtles into the ocean, no two hours on Alphonse are the same.

With so much going on sustenance is vital. Foodies need not worry about limited choice; every meal is designed daily using whatever is freshest and is unfailingly exquisite. On my final afternoon I catch a modestly sized yellowfin tuna and Alphonse’s kitchen magicians carve it into enough fresh sashimi to feed every guest on the island that same evening.

The time the Seychelles has spent out of the yachting spotlight has not diminished what it has to offer — stunning cruising in pristine waters far from the madding crowds. Just don’t wait too long: once the secret is out everyone will want a piece of the action.

“We continue to advise that yachts take armed guards when routing in and out of the Seychelles archipelago,” says Gerry Northwood, COO of maritime risk management company MAST, and a former Royal Navy counter piracy commander. “This advice applies when approaching from the Mozambique channel, from East Africa or from the north. When inside the archipelago itself, we would advise embarking security advisers who understand the maritime domain, allowing them to assist the master to build an appreciation of patterns of local behaviour.”

Life Saga: On Board the 65 Metre Admiral Superyacht