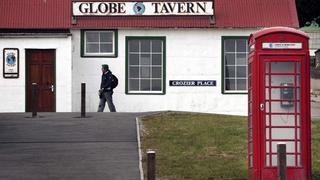 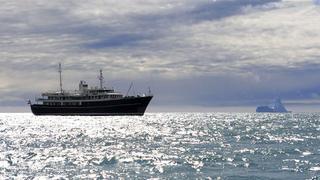 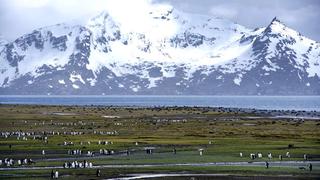 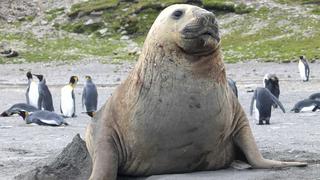 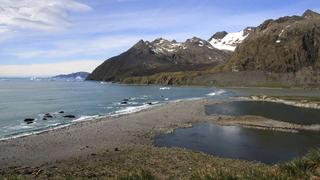 The 69.5 metre expedition yacht Sherakhan will be embarking on a round-the-world adventure next year. One of the more remote areas she will be visiting will be to the end of the earth – South Georgia.

This vast and dramatic land offers its visitors so much to see; a photographer’s dream with it sky-high snow capped mountains, icy lakes formed from glaciers, abundance of wildlife and wide open spaces of barren land.

Here, we take a look at the proposed 10-day itinerary Sherakhan hopes to take.

Arrive into The Falklands capital to take an optional tour of the city. It features an excellent war museum, shops and pubs. After the tour, guests will be transferred to the port in the late afternoon to board Sherakhan. After a welcome drink and introduction to your expedition team and crew, the mighty explorer yacht will set sail for South Georgia.

Cruising towards South Georgia, a lecture programme will begin. Between the Falklands and South Georgia it is possible to witness the ceaseless flight of the many seabirds following the way of the yacht.

During the long lazy sea days, guests can whale watch on the bridge, relax in one of the lounge areas, read a favourite book in the onboard library or just watch a good movie. If time and weather conditions permit, there is the option to pass close to Shag Rocks, a fascinating group of jagged rocky islets protruding from the sea, a fantastic place to view the blue-eyed Cormorants.

Sherakhan should approach South Georgia some time during the evening on the third day. South Georgia is a tiny speck in the South Atlantic Ocean, located in one of the most desolate parts of our planet. A 3,000-metre mountain range traces the spine of this long, narrow island. Between the mountains, shattered glaciers carve their way through Tussock grass to the deeply indented coastline.

Salisbury Plain is the flattest area of South Georgia and consists of wind-blown moraine silt interrupted by the fast-flowing melting glaciers; fresh water is therefore available in abundance. Home to a plethora of wildlife too – The Salisbury Plain is home to one of the largest King Penguin colonies in the world plus Elephant Seals use the beaches as breeding grounds.

Prior Island offers a place where guests can sit quietly among the wildlife to witness wandering Albatrosses sitting proudly on newly laid eggs or tend to their cute downy chicks. Sometimes it is possible to witness an intimate courtship dance, or a youngster being fed.

Watch adolescents exercising their wide wing spans for the first time, trying to launch themselves into the air, as the realisation sets in that they have now reached maturity and therefore need to tend for themselves.

Fortuna Bay is a very deep bay, with steep cliffs rising straight up from the sea. However, there is an excellent beach called Anchorage Bay which is known for Elephant Seals basking in the sun. This is a great place to get some once-in-a-lifetime photographs.

The sandy black beach of St Andrews Bay is a resting place for hundreds of Elephant Seals. Behind the beach, the sight and sound of tens upon tens of thousands of King Penguins at different stages of their breeding cycle is an incredible experience.

The glacial river that runs into the sea will be alive with penguin chicks and Elephant Seal pups testing their aquatic skills all under the backdrop of the snow-capped peaks of some of the world’s most spectacular mountains.

Grytviken was originally a Norwegian sealing and whaling station, that was finally abandoned in 1965. Here, being careful to avoid stepping on sleeping Elephant Seals, visit the ruins of the old factory buildings, trying to imagine what life was like when whale processing was in full swing. Abandoned ships lie sunken alongside old wharfs, while bullet-pitted concrete walls serve as a reminder of the more recent Falkland’s War, which started here.

Sir Ernest Shackleton died from a heart attack during his final expedition on board The Quest on May 6, 1922. His body was laid to rest at Grytviken and Sherakhan will attempt to make a pilgrimage to visit the cross his men erected in his memory looking out across beautiful Cumberland Bay.

The name Gold Harbour gives a wrong impression, since there is actually no harbour but a wild bay with rock formations. This mysterious place is surrounded by 30-metre high cliffs which is home to the Light Sooty Mantled Albatross. The north end of the beach is backed with Tussock grass while the south end is backed by a lagoon which extends back to a 40-metre high rock in the shape of a face. On top of this rock is a big retreating glacier named Bertrab. On the beaches you will most likely find Blond Fur Seals.

Cooper Bay, as well as Cooper Sound and Cooper Island, were all named after Robert Cooper the First Lieutenant on board James Cook’s HMS Resolution during the voyage in January 1775. Located NE of its inner arm of Cooper Bay is a lagoon reachable by small craft and by way of a narrow channel of only 6ft. deep. Within the lagoon the water is clear and the bottom sandy.

Macaroni Penguins stand out from the crowd with their bright orange/yellow tuft. These flightless birds are mainly found on South Orkney Islands where they mate, but are also spotted at Cooper Bay.

Leaving South Georgia, Sherakhan heads across the Scotia Sea in a south-westerly direction towards the South Orkneys, which is a stunning group of remote and isolated islands before heading back to Port Stanley.