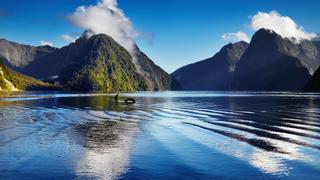 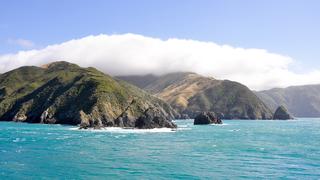 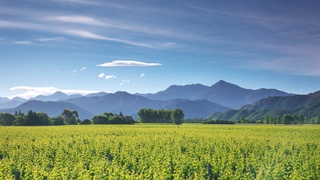 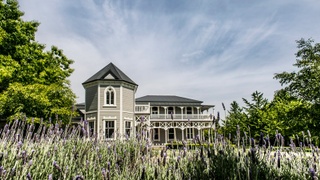 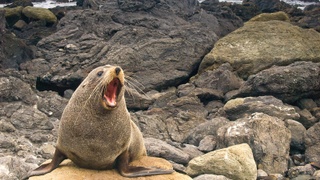 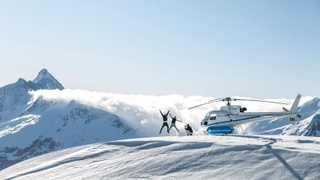 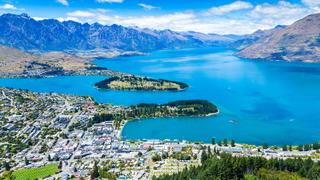 Where the Wild Things are: New Zealand's South Island by Superyacht

With a glacier-carved coastline, wonderful wines and a sense of adventure, South Island showcases New Zealand's wilder side. Sophia Wilson explores its charms as she concludes her two-part tour of the country.

Only 12 nautical miles separates New Zealand’s two islands, but they have distinctly different characters. With nearly three-quarters of the population, North Island is considered the big sister and a glut of visiting superyachts are expected in Auckland for the America’s Cup in two years’ time. Despite its kid sister status, however, the South Island has plenty to tempt yachts – with snow-capped mountains, emerald peninsulas and cascading fjords.

As well as arguably the lion’s share of majestic landscapes, South Island is home to New Zealand’s largest wine-growing region, Marlborough. Sitting just across the Cook Strait from Wellington, with more than 20,000 hectares under vine and over 100 wineries, Marlborough is renowned for its bold Sauvignon Blancs, or “sav” as the locals say, and there are plenty of cellars in which to sample it. Bicycles are the favoured mode of transport (for obvious reasons) and it’s easy to while the day away spinning between scenic vineyards. There are large operations such as Cloudy Bay, which was one of the first producers in the region when David Hohnen set it up in 1985 and is now owned by LVMH. Its sophisticated set-up includes cocoon swing chairs, white canvas deckchairs and a raw sh bar. At the other end of the spectrum there are family affairs such as Forrest Wines, where you can dine on charcuterie platters at rustic picnic tables, kept company by the friendly winery dogs.

It is less than a 30-minute drive from the wineries to the deep harbour at Picton, where you can meet your superyacht, but if you are feeling a little wine weary the Marlborough Lodge is a tempting place to rest your head. Built in 1901, the wooden former convent was moved to its current location in the 1990s and now sits in gardens with a creek and free-range chickens. After a recent refurbishment it offers 10 plush rooms (think gargantuan stand-alone baths, cashmere bedding and handmade truffles) and its Harvest restaurant is also one of the best in the region. I head for pre-dinner drinks and canapés by its roaring outdoor replace before continuing through to its white-tableclothed restaurant, which is under the guidance of local chef Sam Webb (who went to pre-school in the original convent). As the name suggests, the menu is based around local, seasonal produce and highlights include Cloudy Bay tuatuas (clams) with acqua pazza and Wakanui beef fillet and black garlic.

It’s tempting to linger, cocooned in the wine kingdom, but the surrounding Marlborough Sounds offer some of South Island’s most sublime cruising. The region’s fractured shoreline makes up 20 per cent of the country’s entire coast and you could cruise here for a year and still not visit all of its secluded bays. Setting out in the early morning on board 20-metre Tarquin, the mist sits just above the glass-still water, and each bay seems to hold a different surprise – from waters rich with blue cod to a colony of “retirement” seals that lead a charmed existence poaching salmon from the farm in Ruakaka Bay. It is also the only place in the country where you can spot the New Zealand king shag (a cormorant to you and I), of which there are fewer than 900 left in the world. Standing on the bow of the yacht, feasting on green-lipped mussels washed down with a glass of sav (naturally), there is barely another boat in sight, let alone a superyacht.

The area is best explored by boat but it is also a Mecca for hikers thanks to the Queen Charlotte Track, which runs the 70 kilometres between Ship Cove and Anakiwa. A popular stop-off during the multiple-day hike is the Bay of Many Coves resort, which is otherwise accessible only by boat or helicopter. The resort’s 11 wooden suites cascade down the hillside, sitting in 52 acres of native bushland. Its colourful Bight Café is a popular lunch stop to tender into, serving fish and chips and craft beer, while the hotel’s residents can enjoy its award-winning Foredeck restaurant (don’t miss the Wagyu beef fillet). With multiple tracks criss-crossing the fern-strewn hillside, it’s the perfect destination to get a taste of the hiking on offer. A 45-minute walk takes me to the top of the ridge that runs above the protected bay and offers panoramic views of the sound. It’s the type of view that is impossible to fully capture with a photograph or video; the sheer scale of its beauty is almost overwhelming.

Those seeking even wilder landscapes should head to the mesmerising Fiordland – 14 glacier-carved fjords that span 215 kilometres of coastline at the south of the island. Its forest-cloaked mountains, with steep descents and snowy peaks, are best appreciated from above – by chopper. “Parts of the Fiordland are as wild as Antarctica, so local knowledge is super important if you want to have the best and safest experience,” says David Hiatt, from the Alpine Group, which has worked with many superyachts in the region. Soaring over the carpets of glacial blue ice, plunging ravines and spider-web estuaries, it’s easy to see why many of these landscapes were used to depict the fantasy lands of The Lord of the Ring films. The varied terrain can also o er a plethora of activities, from heli-skiing on the white peaks to picking up fresh crayfish from coastal pots for a picnic on a deserted mountain top. “New Zealand offers a different kind of luxury,” says Hiatt. “We find that most of our guests don’t take photos, they just want to enjoy the moment.”

I am about to experience this different kind of luxury as the helicopter drops us in the middle of a seemingly deserted valley surrounded by snowy mountains. After walking for 30 minutes past plunging waterfalls and flocks of wandering sheep we see the first glimpse of our lunch destination – Minaret Station. The four uber-luxe chalets set within a 20,000-hectare working farm, best accessed by helicopter, offer complete deserted luxury. We are treated to an al fresco lunch – including the station’s own lamb – warmed by furs and a roaring wood burner with spectacular views over the Alpine meadow. It’s hard to think of a more extraordinary lunch venue, especially when the helicopter returns to whisk us away to the adventure capital of the world, Queenstown.

Set on Lake Wakatipu, it’s worth taking the time to head inland to explore Queenstown’s bustling bars, cosmopolitan dining and easy access to New Zealand’s best skiing terrain. A great base is the cream-hued Eichardt’s Private Hotel, which started life as a woolshed in 1859. Its rooms complement the vibe, with possum fur throws, gas res and antique writing desks. It also boasts a 240 square metre penthouse, with the best mountain views from its spa pool terrace, complete with replace and outdoor kitchen. The hotel’s latest addition, 24-metre Pacific Jemm, also offers the chance to explore Lake Wakatipu by yacht.

The town’s reputation among daredevils is down to AJ Hackett. The New Zealand entrepreneur shot to fame by bungee jumping off the Eiffel Tower in 1987, and he opened the first commercial bungee site on the Kawarau Gorge Suspension Bridge a year later. It’s in the name of journalistic integrity that I find myself dangling 43 metres from said bridge with Hackett’s famous bungee cord attached to my legs. This was certainly not the plan when I headed to New Zealand but South Island has a captivating energy that makes you think “Why not?”

As my time in the country comes to a close I naturally draw comparisons between the two islands and what they have to offer visiting yachts. The truth is I have only scratched the surface and no matter which you choose you are guaranteed an unforgettable cruising experience with mesmerising scenery, fabulous produce and divine hospitality. Which island is better? I wouldn’t like to pass judgement (but I am a little sister).

Experience the latest Business Class with Singapore Airlines on board the A380 from London to Singapore with double beds in both cabins. Fly the new A350 on daily onward connections to Christchurch
Business Class fares start from:£4,345

The best New Zealand restaurants away from your yacht

City of Sails: 24 hours in Auckland