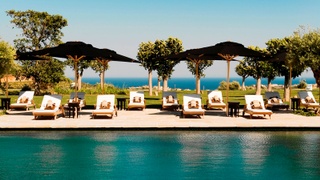 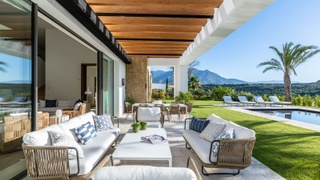 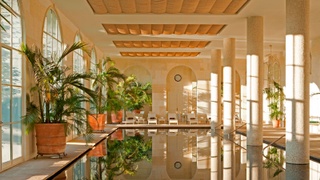 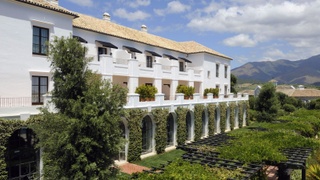 Finca Cortesin has been organically expanding since it opened in 2009 and recently caused a stir with the launch of its Green 10 villas. Set away from the main hotel and reached by private golf buggies, these five-bedroom sugar cube retreats boast traditional Andalusian interior design with modern twist, private swimming pools and immaculate gardens. A culinary portfolio of seven restaurants, including the Japanese-Andalusians Michelin starred Kabuki Raw, sprawling gardens, Asian-inspired spa and shuttle ride-away beach club mean Finca Cortesin now has far more to offer than the ocean framed world-class golf course that started it all.

The hotel’s oriental inspired 2,200 square metre spa is the perfect place for rejuvenating after gorging on Michelin star magic. Begin with couple of lengths in the hotel’s indoor 25m saltwater pool, which is framed by oversized arching windows and perfectly positioned next to the spa’s thermal areas. Follow with a bask in the Finnish sauna or soothing steam room before finishing with a heart stopping flash in the icy plunge pool or -12C snow cave – the first of its kind in Spain. After all that exertion, head down the candle lit corridors to one of the 10 treatment rooms and choose the traditional relaxation massage, which uses hot almond oil by French brand Biologique Recherche for complete calm. Alternatively, pick from the spa’s oriental menu, which includes the Lomi Lomi Hawaii treatment, which draws on Hawaiian exoticism practices to relax the body.

Throw the lines at a number of neighbouring marinas – nearby Puerto Sotogrande hosts yachts of up to 80m and is just a 20-minute drive away – or anchor off Finca Cortesin’s beach club, just 1km from the hotel. Alternatively, leave the yacht behind and arrive in style using the hotel’s private helipad.

Gastronomic Heaven: A weekend onshore at the Finca Cortesin

The Best Foodie Destinations to Visit by Superyacht