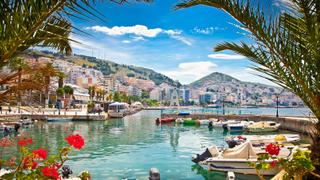 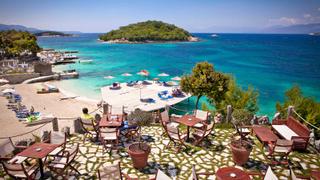 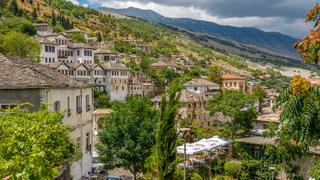 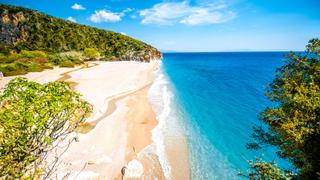 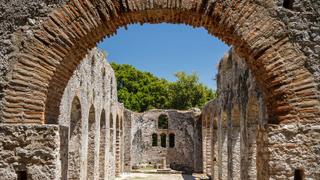 The Last Riviera: why Albania is the Mediterranean's best kept secret

A twisting coastline dotted with white sand beaches, Ancient Greek sites, sheltered coves – and not a superyacht in sight. Albania has been hiding under our noses all this time, says Tristan Rutherford

In a leafy enclave of Westminster in London, the Albanian Ambassador Qirjako Qirko is extolling the yachting virtues of neighbouring Montenegro – a nation few charter guests could find on a map a decade ago. In contrast, Albania’s marina development is in its infancy. Qirko and I discuss its virgin coastline, the reopening of Sazan Island – a military base off limits for a century – and the yachting package the country could offer. “We are resolutely open to this business,” Qirko concludes. “But first you must go and see for yourself.”

As a result of this conversation I find myself on a plane cruising over Venice and descending past Istria and the Kornati Islands in Croatia. The wakes of hundreds of yachts sprout out like shooting stars from the citadel of Dubrovnik. Montenegro’s picture-perfect Bay of Kotor is up next. In 2006 this same scene greeted Canadian investor Peter Munk when he flew over the disused submarine base at Tivat and decided to build Porto Montenegro on top. Limestone cliffs soften to beach as I dip into Albanian airspace. On the final descent, my eyes are drawn to the right as 350km of barely developed coast ribbons past Sazan all the way to Corfu.

Arriving in Albania’s deep south, Corfu looks close enough to swim to. Its soaring cypress trees are mirrored a mile away on the Albanian shore, where the UNESCO ruin of Butrint abuts an azure sea. The Rothschild name, synonymous with one of the most sumptuous villas on Corfu, carries weight on both sides of the coast. Lord Rothschild’s Butrint Foundation helps maintain the open- air museum here. The tumbledown city has hosted the Adriatic’s great and good through thousands of years in Greek agoras, Roman villas and Byzantine baths. This being Albania, much is unexcavated and choked in vines, an archaeological playground for Indiana Jones. I drop a pebble into a still-working well that has rope burns in the stone from two millennia of continual use.

Keen to tour Butrint’s sun-splashed coast, I hire a speedboat. The price of €140 seems steep for these parts until I realise that I’ve added a zero. It’s just €14 – half the price of a cocktail at Monaco’s Hôtel de Paris – to hire both captain and boat. Albania is clearly a nation as inexpensive as it is unexplored.

The lagoon that surrounds Butrint is quite rightly a National Park. Underneath our puttering boat swim hundreds of species of fish. The area is also home to more than 250 types of birds, including egrets and kingfishers that escort our vessel towards Corfu. During Albania’s severe communist regime, savvy students volunteered for archaeological digs in this region. They could sunbathe in peace, smoke cigarettes in the seafront castle visited by Lord Byron, then quite literally pluck an amphora from the seabed when it was time to hand in their findings. On the ride back to Butrint’s pier I spy the only tourist buses I’ll see all trip. Visitor numbers were up 20 per cent per year in both 2016 and 2017, like the statistics witnessed in 1990s Croatia.

The annual growth figure mirrors superyacht arrivals too. Jelja Serani’s yacht and travel agency, in the historic port of Sarandë, recently handled the paperwork for SS Delphine, the 79 metre century-old former US naval flagship, and Barbara, Oceanco’s new 88.5 metre build. “Our growing number of yachts usually enter from Corfu,” explains Serani. “Embarkation isn’t difficult but you need an intermediary to advise on mooring, or to hire cars to visit our other UNESCO site at Gjirokastër.”

Serani mentions a new airport near Sarandë that’s slated to open in 2019, which could do for yachting what Tivat’s unassuming airstrip did for visitor statistics 160 nautical miles north in Montenegro. “But what we really need is a world-class harbour,” she says. Yachts can anchor along Albania’s paradisical coast, and at Orikum Marina 100km north, but a luxury marina complex would give this Tuscany- sized nation practical allure. Serani pulls out her iPhone to show me a marina plan for the cargo port of Limioni, 2km north of town, where the ground has just been broken. Once complete it is expected to be able to accommodate yachts of up to 120 metres and could be the key that unlocks this coastline.

Using Serani’s superyacht tips as a guide, I head up the coast. I round the safe anchorage of Cap Qefalit, which looks like the Amalfi Coast a hundred years ago. Cliffs chasm around empty beaches lapped by the clear Ionian Sea. I could be forgiven for never leaving Kakome beach, a silver sand crescent with a rickety jump-into-heaven pier. Instead I follow a pilgrimage trail past two finely frescoed monasteries to Krorëzës beach – two perfect curves of sand that would be the headline act in Croatia, Turkey or Greece. Here I’m the only guy on the beach. I’ve been pre-warned about how quiet this sandy Elysium is so I’ve slipped a nearby beach bar owner €10 to pick me up in his boat after a sunbathe and take me home. His ramshackle 20hp Johnson outboard is started by upending the lid and ripping the start system with a length of knotted string. My roaring motor home at sunset, past Soviet torpedo tubes carved into cliffs, would cause my seen-it-all yachting friends to choke on their Hendrick’s and tonics.

Further north lies a far bigger surprise: the fortified peninsula of Porto Palermo – a miniature Cap Ferrat topped with a Venetian castle, which dates from the Adriatic tug-of-war between the galleys of the Venitian navy and the Ottoman fleet. The emplacement is so strategic that when Soviet leader Nikita Khrushchev visited in 1959 he opened his wallet to pay for a warm water submarine base here. Armed with nothing more than a rented kayak and a face mask I make a morning assault on the unguarded base. You need to approach the giant pen at speed then lean back and drift under the vast sea doors. Inside it’s a cathedral of concrete that could backdrop a Bond film. I’m too timid to freedive the submarine pen floor so I paddle a full 100 metres until I see daylight twinkling from the other side of the tunnel base.

Another day, another invasion of a former military stronghold. Sazan Island has been off-limits as a top-secret army installation since the First World War, but it opened to curious tourists in 2017. At 5km in length it’s purportedly the largest uninhabited island in the entire Mediterranean. It’s clad in dense forest, like the Lost World from Jurassic Park. Soviet and Chinese special forces left a legacy of 2,800 bunkers and wind-whistled barracks, a scene now complemented by soaring eagles and leaping dolphins.

As my Sazan entry permit only allows a flying visit, I finish my tour with a hike to a ramshackle Italian governor’s mansion. The panoramic seascape where the salty, azure Ionian meets the navy of the Adriatic begs the ultimate question: why aren’t more yachts making the day sail over from Italy, Croatia, Montenegro or Greece?

They are, says Nicolas Fry, charter manager at Camper & Nicholsons: “In 2017 we saw a real increase in popularity.” Fry booked “a few charters in Albania with Eclipse,” a 43 metre Feadship that has the exploratory toys needed for an offbeat Albanian adventure. “The clients had a great time,” Fry says, but what is missing is “a first-class marina built and managed for superyachts”. It doesn’t have to be a long wait. Fry says: “When you ask about Albania, first look at what its neighbour Montenegro built in just 10 years. In short, Porto Montenegro must be a model for the development of yachting in Albania.”

Foreigners can build marinas in Albania, subject to local legislation, and it appears there is movement. In Kavajë there is a proposed marina with more than 650 berths for yachts up to 75 metres. Now billed as Porto Albania, the project has broken ground under the aegis of Swiss development company Finsec. As with the development in Limioni near Sarandë, there is no set finishing date.

If you are in the business of marina development or just fancy frolicking on a secret beach that global tourism forgot, you know where to look. It won’t be long before Albania takes its rightful place, centre stage on the summer superyacht circuit.

The Boat International Guide to luxury yachting in Montenegro

7 days cruising the Adriatic coast from Tivat to Split

Spot the Yacht: Standout Superyachts Spotted in the Mediterranean