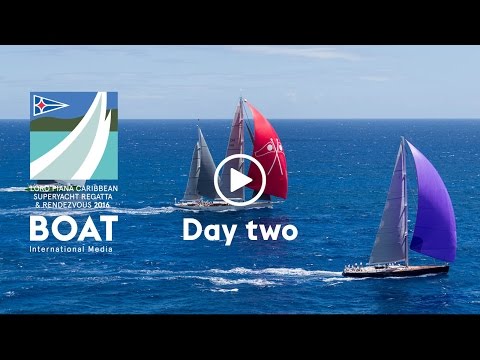 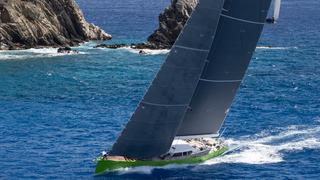 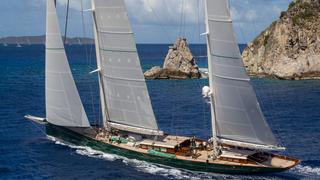 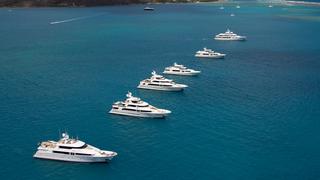 Classes A and B saw changes at the top of the leaderboard as the 33 metre Inoui and the largest boat in the fleet, the 60 metre Hetairos, posted bullets which moved them to the top of their respective divisions. Inoui now leads Class A on equal points with Belgian boat Nilaya while Hetairos sits three points clear of both Ganesha and the Perini NaviP2 in Class B. In Classes C and D, meanwhile, the 59 metre Seahawk and Freya both claimed their second consecutive win today and maintain their leadership positions. With just one more race day to go before overall prizes are awarded by event hosts Boat International Media (BIM) and the Yacht Club Costa Smerelda (YCCS), all will be decided in tomorrow’s final contest.

Today’s course brought both the four classes on long reaching and running courses through the smaller islands off Virgin Gorda. Heading into the final day things couldn’t be closer in Class A where the Baltic-built Nilaya finished less than a minute behind winner Inoui. Both are now tied on three points ahead of Samurai, the former offshore racer Mari Cha which has been converted to incorporate cruising interiors.

Nilaya’s designer Mario Pedol was on board today and explained how the smallest of errors can weigh heavily in this highly competitive class: “We made a mistake approaching dog island, the kite we had was too fast so we had to drop it and did a tack. Without that we would have won the race.”

Things are tight at the top in Class B too where Hetairos achieved a fairly comfortable win while yesterday’s winner Unfurled was unable to compete due to an equipment failure. Ganesha and P2 were close throughout today and just over 30 seconds separated the two across the finish line with the Dubois-designed Ganesha gaining the upper hand at the finish.

Skipper Wes Cooper - who is competing on the chartered 59 metre P2 this week together with the owner and most of the crew he regularly sails with on Marie – is enjoying the close competition generated by the ORCsy rating rule: “Another fantastic day on the water. The breeze was up a little from yesterday and we are having a fantastic battle in our class with Ganesha and Elfje, so it’s been an exciting day. It’s great to be on P2, we have got a lot to learn about the boat, but it is going really well. I really think that the rating, that’s been around for a year now, is still developing but it’s very, very good, such a big step forward for such a diverse fleet.”

After a battle with Ohana – a non-starter yesterday due to a problem with her sails – Seahawk chalked up her second bullet in Class C and now holds a four point lead over first-time competitor Bella Ragazza.

The 28-metre Freya had another great day in Class D but with the Oyster yacht Maegan hot on her heels the crew cannot afford to make any mistakes tomorrow.

“Today was a lot of fun,” said tactician Mike Toppa. “We raced inside the sound, we didn’t go out in the open and we stayed on the flat water. We had a nice little course down by The Baths and to Ginger. We didn’t really gain on the smaller boats we were trying to catch until the last long beat. But the owner did a phenomenal job driving and we got to within about a minute behind our competition at the last mark and we just passed them 100 metres from the finish by about a boat length – what’s not to like about that?”

Racing is scheduled to continue tomorrow at 10 a.m. with winds set to remain east north-easterly at approximately 18-20 knots. To see more of today’s action check out our round-up of the top race photos from the Loro Piana Caribbean Regatta & Rendezvous.

The motor yachts taking part in the Westport Rendezvous set off bright and early this morning for a cruise in company. Starting with a scenographic line-up just off Leverick Bay, guests onboard were then able to take in some of the racing action as they cruised to Scrub Island Resort and Spa for a relaxing lunch.

Owners, guests and crew from all of the yachts will enjoy a “Fire and Ice” themed party at neighbouring Oil Nut Bay Resort this evening, while tomorrow’s final prize giving is scheduled for 3.30 p.m. at the YCCS Clubhouse.