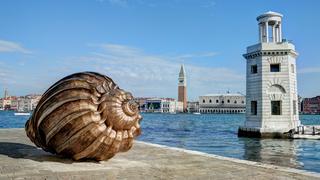 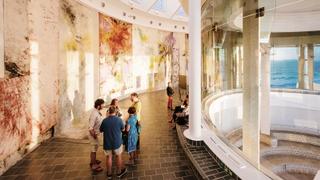 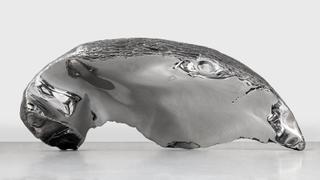 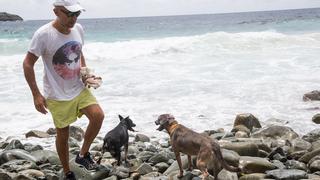 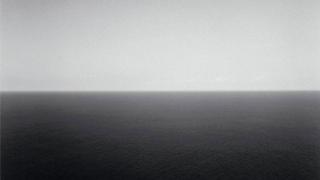 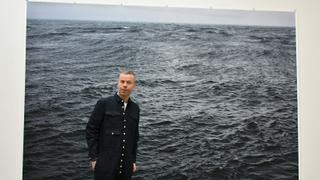 The new wave: Meet the contemporary artists inspired by the sea

For awe-inspiring seascapes you don’t have to turn to the old masters – there is a host of contemporary artists just as enthralled by the ocean, saysClaire Wrathall...

It used to be said, an eminent Greek art historian once told me, that you could gauge the health of the Greek shipping industry, and by extension the nation’s economy, by the prices fetched by works by Konstantinos Volanakis (1837-1907), the so-called “father of Greek seascape painting” because every Greek shipping magnate and yacht owner wanted one.

Of course it’s not hard to see why anyone with a love of boats and oceans would be interested in artistic representations of them, but the market for such paintings from the 18th and 19th centuries – the golden ages of marine art – has faltered over the past decades. According to the distinguished art economist Dr Clare McAndrew, who now compiles the annual Art Basel and UBS Global Art Market Report, Post War and Contemporary (that is, works by artists born since 1910) accounts for 52 per cent of the art market, up five per cent on last year. In comparison, paintings by artists born between 1821 and 1874 account for just 12 per cent; old masters for 13 per cent.

Of course there are exceptions that buck the trend. Good examples of works by the 19th century Armenian-Russian painter Ivan Aivazovsky can still usually be relied on to surpass their auction estimates (the record paid for one of his sea paintings, View of Constantinople and the Bosphorus, was £3,233,250, against a lower estimate of £1.8 million, in 2012), despite the fact he produced more than 6,000 canvases. But the fact that Christie’s last held a sale dedicated exclusively to “maritime painting” in 2014 (for which the catalogue bore a photograph of Oracle Team USA’s America’s Cup winner on its cover), and Sotheby’s no longer holds themed sales of seascapes suggest the specialised market is sluggish. Instead the auction houses include seascapes in a variety of sales of period and sporting art. Only Bonhams still holds sales dedicated exclusively to marine art, and is thus justified in calling itself the market leader in the field, thanks not least to the record prices it has achieved for works by the likes of Montague Dawson, John Steven Dews, Stephen Renard and Henry Scott.

Such works sit well within traditional interiors but if your tastes incline to the contemporary – and if you’re going to Art Basel Miami Beach the chances are they do – there are still a number of high-profile artists for whom the sea is a recurring theme. When the Tate reopened its St Ives outpost in Cornwall, UK, last spring after the first phase of its £20 million refurbishment, it did so with an exhibition of the British artist Jessica Warboys’ Sea Paintings. This is a series of large-scale works made on the Zennor coast of Cornwall and on Dunwich beach in Suffolk, for which she applies raw pigment directly to the canvas and then submerges it in the waves, so the water distributes the colour. As the critic Mark Hudson puts it: “There’s a raw, elemental feel to these accidental abstracts, a sense of the raking motion of the deep.”

Marc Quinn, one of the so-called Young British Artists, also explored notions of the ocean, not least the effect of pollution on it, in his 2015 series of paintings, The Toxic Sublime, and of eroded seashell sculptures, Frozen Waves, the last works he showed at London’s White Cube. The paintings were colour-saturated seascapes, illuminated by Caribbean sunrises he had photographed and printed on to the canvas. He then spray-painted them through templates made from flotsam and jetsam he’d collected. Finally the canvases were sanded, before being mounted on aluminium so that he could distort them into three-dimensional forms.

Quinn’s contemporary Tacita Dean has also long made use of the sea, sky and indeed of boats in her films, photographs and drawings. For her most famous series, The Roaring Forties: Seven Boards in Seven Days (now in Tate’s collection), 14 drawings in chalk on blackboard, like film storyboards, were based on old photographs to construct a seven part narrative about a sailing ship traversing the South Atlantic between the latitudes of 40 and 50 degrees south, an area known for treacherous winds. Works in this vein are available from her London gallery.

There is also no shortage of up-and-coming artists who paint the sea. The young Brazilian painter Lucas Arruda, for example, whose recent show at David Zwirner in London was full of evocative seascapes painted from memory and almost abstract in form. Celia Paul’s ongoing exhibition at Victoria Miro in Venice is entitled The Sea and the Mirror and runs until 16 December. The Latvian-American artist and printmaker Vija Celmins has made extraordinary hyper-realistic monochrome paintings of the ocean’s surface in oils. She also works in drypoint and in pencil, making hundreds of thousands of marks in order to produce a level of detail that fools the eye into thinking it’s a photo.

Of course the ocean appeals to photographers too. The Japanese artist Hiroshi Sugimoto began photographing it in 1980, since which time he has created well in excess of 200 meditative monochrome seascapes, shot all over the world, from the Atlantic (from the west coast of Ireland and Cape Breton) to the Tasman Sea, by way of the Baltic (from Rügen), the Black Sea (from Ozuluce), the English Channel, the Norwegian Sea (from Vesteralen), the Tyrrhenian Sea (from Priano) and so on, to create very dark, almost geometric abstracts, in which the horizon bisects the image exactly at its midpoint.

In contrast, Charles March, whose series Seascape was shown at Hamiltons Gallery in London last September, prefers to focus only on the Atlantic, specifically the coast of Eleuthera in the Bahamas, where he’s been spending holidays for the past 20 years. His prints have an impressionistic painterly quality – he has said he tries to use his camera, a Leica SL, as a brush. He agitates the camera during long exposures, amplifying the movement of a subject that is perpetually in motion.

The Atlantic features in several works by Wolfgang Tillmans too. As an artist who brings out extraordinary qualities in even the most familiar sights, his large-scale inkjet prints have a kind of heightened reality, with every drop of water, every tiny speck of spray in focus, and a palpable energy. As the text accompanying his recent exhibition at Tate Modern put it, the ocean as he depicts it is “a vast area that crosses time zones and frontiers [...] energised by opposing forces but not yet breaking into waves.” It may feign a sort of stillness, but there’s always a danger it’s “about to erupt into conflict”.

If the sea endures as an eternally appealing source of inspiration to artists, not just for its beauty but also its metaphorical possibilities, boats themselves are a rarer subject these days. One notable exception is the Athens-based Greek painter Tilemachos Kyriazatis, who works in oils, producing richly coloured, heavily textured canvases, based on sketches he makes, observing maritime life in harbours. “My first impression of the sea was a feeling of freedom,” he says. “Ships represent the endless human quest. And I want to communicate some of the awe and the sense of greatness they evoke.” Stylistically his works may be a world away from his compatriot Volanakis, but you can’t help sensing he shares something of his 19th century compatriot’s sensibility.

But then some of the oldest depictions of boats ever made were Greek: take the krater in the British Museum attributed to the Subdipylon Group, a group of Athenian vase painters working during the Late Geometric Period, circa 735 BC, which is decorated with the cross-section of bireme, with two rows of oars, possibly a depiction of the black-sailed ship in which Theseus ed Crete with Ariadne, having slain the Minotaur. More than two millennia on, it’s a theme that still resonates with Kyriazatis, who likes to give his paintings names that make reference to mythology. In his show at Rebecca Hossack in London, one of the works was called Minos after Ariadne’s father, suggesting the continuation of a tradition that goes back, via Volonakis, all the way to Greek classical art.