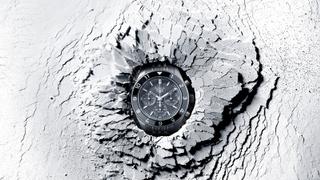 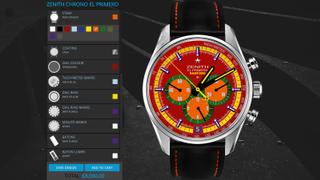 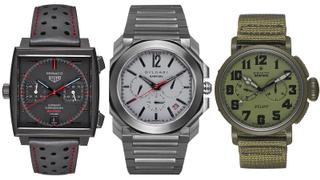 A cool customiser: How personalisation became a horology must-have

Regardless of the object in question – be it a boat, a private jet or a pair of shoes – “luxury” is not luxury without a touch of personalisation. It’s something that George Bamford, the son of JCB tycoon Sir Anthony, realised more than 15 years ago when he was inspired to start a business after noticing how much attention his custom-blackened Rolex Cosmograph Daytona drew from fellow horophiles.

The Bamford Watch Department subsequently became famous for blackening watch cases and bracelets using a “secret” military-grade coating process that turned good quality but run-of-the-mill watches into something special, notably the most popular Rolex models (something the mighty “crown” brand is said to have been distinctly unhappy about, meaning Bamford not only had to buy the watches at full retail price, but also had to offer his own guarantee as the official one was rendered void by the customisation process).

A year ago LVMH watch boss Jean-Claude Biver struck a deal with BWD that made it the official “customiser” of Zenith and Bulgari watches, following in March with news that it would also become the official source of designed-to-order models from TAG Heuer. The TAG announcement coincided with the launch of a special 500-piece edition of its square-cased Monaco with a carbon fibre case and a black dial highlighted in Bamford blue.

The partnership means BWD can sell watches through its own website and via its international retail network, which now numbers more than 40 outlets.

BWD acquires Zenith, Bulgari and TAG watches and parts direct from the manufacturers and maintains an official inventory of spares, with alterations to the watches being made by the specialist watchmakers and designers at the firm’s London base in South Audley Street, Mayfair.

More fun, however, is to design your own TAG, Zenith or Bulgari using the brilliant configurator on the BWD website, which makes it possible to experiment with colours, case finishes and strap options to create thousands of permutations – you could, for example, design a watch based on the livery of your yacht. And, if you’re feeling really flush, you could even have one made for every member of the crew.

Out of the box: Remarkable watches crafted from unusual materials