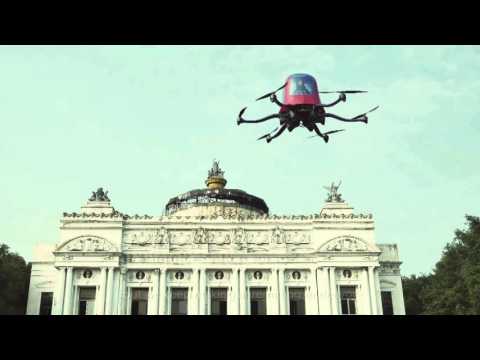 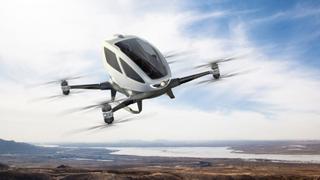 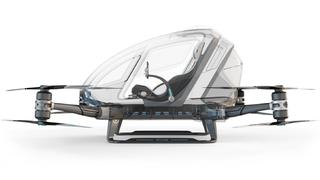 Chinese manufacturer Ehang has unveiled the world’s first passenger carrying drone – and it’s definitely a contender as one of the best drones for your superyacht.

Unveiled at the Consumer Electronics Show 2016 in Las Vegas this week, the Ehang 184 AAV (Autonomous Aerial Vehicle) is able to carry one passenger and, amazingly, works completely via computer without the need for a pilot.

As with all drones, the Ehang 184 works on a propeller system similar to that of a helicopter. However, the eight propellers found on the Ehang 184 are beneath the passenger area – rather than above as is traditional on helicopters - and are held on four arms that can be folded in for easy storage making it ideal for owners reluctant to use outdoor space for a superyacht helicopter deck.

As the video above demonstrates, the Ehang 184 features a simple operating system that requires no previous flight knowledge. The passenger simply slips into the capsule and uses a 12-inch touch screen to pick their destination on a map. The drone’s computer then calculates the quickest, safest route, the passenger presses the take off button and then sits back and enjoys the ride.

Suitable only for short to medium distances, the drone can travel for up to 23 minutes at a time with a maximum speed of 100 kmph and altitude of 3,400 metres. With a lightweight fibre-epoxy composite body and a battery that takes only four hours to charge, the Ehang 184 does not require a pilot’s license and so could be the perfect alternative for superyacht owners who love to explore.

The brainchild of Ehang founder Huazhi Hu, who started the company in 2013 after losing two friends to aircraft accidents, the Ehang 184 promises “absolute safety by design” and is said by the company to be the “safest, smartest and eco-friendly” low-altitude aircraft available.

These safety credentials are backed up by a design which ensures that even if one propeller fails the vehicle will still be able to complete its flight. The drone also features a unique in-built Ehangen fail safe system that means that if a serious fault is detected the drone will automatically land in the nearest safe area.

The best drones for your superyacht