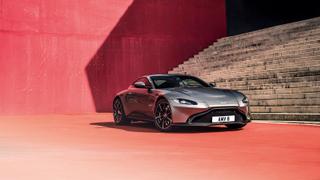 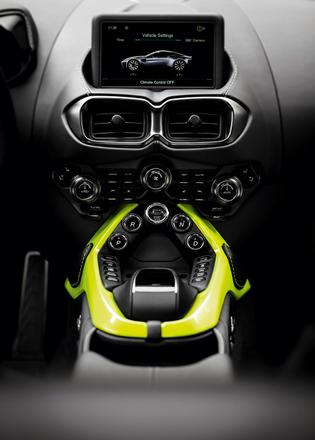 The Vantage has powered Aston Martin into profit, says Simon de Burton, and the new model is just priceless...

The late Victor Gauntlett, chairman of Aston Martin in the early 1980s, famously said that the way to make a small fortune from the business would be to “start with a large one”. In Aston’s case, it was an appropriate remark: the firm has weathered a litany of economic crises, bankruptcies and ownership changes since its founding in 1913 (in 1982, for example, it produced just 30 cars).

Things began to look up in 2005, however, with the introduction of the V8 Vantage (and a later, V12-engined option) that accounted for 25,000 sales during its 12-year production run and was instrumental in keeping Aston Martin afloat to the point that, a few months ago, it was finally able to announce a profit.

So the pressure is firmly on the car’s replacement, the new Vantage pictured here, to prove a success. It features a custom-designed, bonded aluminium chassis and carries a twin-turbo, four-litre, 503bhp V8 engine supplied by Mercedes-AMG that drives through an eight-speed, ZF automatic paddle-shift transmission (although hard-driving enthusiasts will be pleased to hear that a manual gearbox option is on the way).

Aston Martin fans will know that the “Vantage” label (first used in 1951 on a souped-up version of the DB2) is reserved for the marque’s sportiest offerings: the latest car to carry it certainly lives up to expectations, with a 195mph top speed and a respectable 0-to-60mph time of around 3.5 seconds. What makes this car special, however, is a combination of huge torque, pinpoint steering and sharp handling that mean it’s sufficiently practical to tackle everything from a cross-town commute to a trans-continental tour, while still being a complete hoot along a twisting B road.

A policy introduced with the DB11 in 2016 of offering just three dynamic settings has been continued with the Vantage, meaning you get Sport, Sport Plus and Track. These not only enhance the character of the Vantage, but also make it easier to develop an affection for it. It also has a fabulous, baritone exhaust growl that can be heard from the cockpit, which, while being richly upholstered in the best Aston tradition, has a distinctly sports car feel.

It might not be the car to make that elusive “large fortune” that Gauntlett spoke of but I reckon it could just prove to be the most successful Aston ever. And yes, I love it.

Less is more: How the Aston Martin DB11 V8 is holding its own