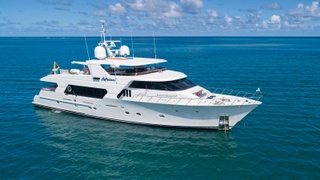 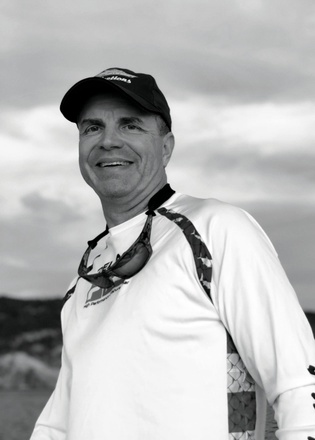 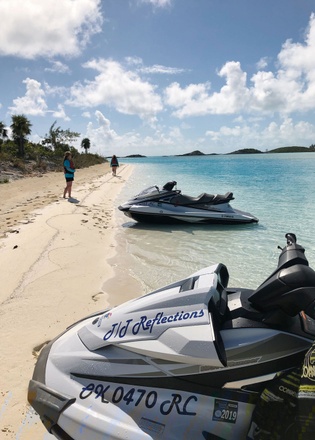 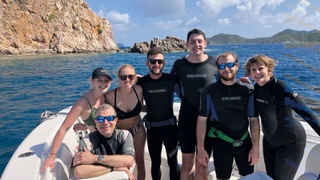 My life in boats: Chip McElroy, owner of Reflections

From a rowboat in Oklahoma to a 32.6 metre Christensen in the Bahamas, this owner’s life has been one long voyage.

My wife Sharon and I are both native Oklahomans and we grew up boating on freshwater lakes. My first boat was a flat-bottom rowboat when I was seven. There were two coves where my parents allowed me to row and at that age I felt I had all the freedom in the world. Once we married, we bought our first ski boat, then a series of watersport boats and express cruisers when the kids came along.

Being on the water is a ritual for us and a place to connect with family and friends. We rented a house and a centre console in the Abacos for 10 years, but some Tulsa friends turned us on to yachting in the Exumas and we caught the bug.

We first bought an 85ft Pacific Mariner and loved it, but soon realised we needed more space in the salon and in the aft deck. Our then captain was in awe of this 107ft Christensen; it didn’t take long to realise she was the one.

Reflections has a huge amount of interior volume, thanks to the 7.92-metre beam, and of the four staterooms, two are spacious VIPs. The yacht has this wonderful classic mahogany throughout and the overall workmanship and interior design is exceptional.

This is our seventh season on saltwater with the yacht. New Year’s Eve in St Barths was pretty epic but top of our list was waking up in Hemingway Marina in Cuba with the sight of Havana off our bow after an overnight cruise from Key West. The people there are so warm and genuine, and it is like stepping back decades.

Over the years we have had great success fishing in the Abacos and the Exumas out in the Sound. We are always on the lookout for schools of tuna – there’s nothing quite like the taste of fresh sashimi! Recently in the Turks and Caicos, we took part in a wahoo tournament. It was mating season and the coolest part of the day was being out on the water among the bottleneck dolphins and humpback whales with their newborns. It was an unforgettable experience.

We average about 45 days a year on board. Coming from the middle of the country, for us the Bahamas has it all, a variety you can’t get anywhere else in such close cruising grounds.

On Board with Peter de Savary, Owner of 30m Savvy