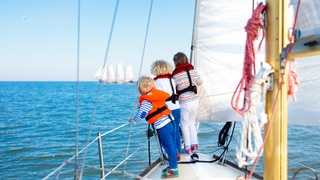 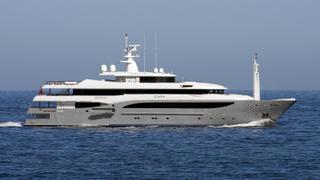 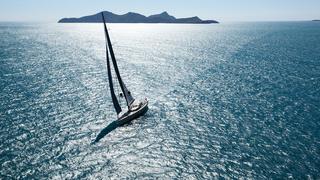 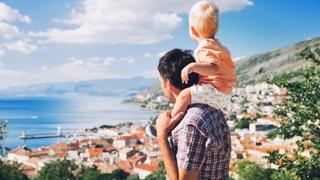 How to Homeschool Children on Board Your Superyacht

As the coronavirus pandemic forces schools to close around the world, some families are homeschooling their children while self-isolating on board a yacht. We talk to superyacht owners about how to homeschool children while at sea.

Homeschooling was already a going trend, but the practice has now become a necessity for many as schools shut down to deal with the coronavirus outbreak. According to superyacht owners, home education can be even more fulfilling than keeping your kids at school. Close encounters with whales or Second World War wreck dives are just some of the rewards available to children who can trade classrooms for real world adventures out in the open sea.

Such experiences coloured the semester at sea enjoyed by Alan and Ashley Dabbiere and their children as they cruised the world on board CRN yacht Constance (a trip that won them the Voyager’s Award at this year’s World Superyacht Awards).

"The amazing thing is that every one of my children came back with a passion,” Alan says. “My daughter passionate about diving, one of my sons about photography, another about fishing, and the youngest wants to be a naturalist and fell in love with birdwatching. You want your kids to be passionate early, because passion is what drives you through your life.”

US company Calvert Education was one of the resources Delisa and Tony Mayer turned to when they got ready to take a 15-month journey. In late 2013 they headed to the South Pacific on 42 metre The Big Blue with daughter Alexandra (then in seventh grade) and her twin brothers Justin and Nicholas, who are 18 months younger.

On board, the children had structured classroom time with a teacher – 8am to midday four days a week, which put them ahead of their school curriculum halfway through the year. Meanwhile, their time on shore exposed them to unique experiences. Alexandra, now 17, says: “I would be studying World War Two early in the morning only to later go diving on a World War Two wreck. Everything in the textbooks I could apply in the places around me.”

To round out the experience, the children learned about the boat and the crew’s roles. “I did not want my children to have silver spoons in their mouths,” Delisa says. From the stews, they learned how to fold laundry and keep inventory; from the engineer they learned about osmosis, generators and water filters; and from the bosun how to drive the dinghies. When the Mayers discovered that the chef had been a maths teacher, they asked him to take over the maths curriculum. In his galley, the children learned practical applications that made them better students. After the journey, the children are taking advanced placement maths classes, remain on the honour rolls, and Alexandra, now a passionate diver, got into all the colleges she was interested in.

A set school schedule was also a must aboard the 37.5 metre Fitzroy sailing yacht Escapade. Before their multi-year adventure, the owners placed an ad in the Financial Times, interviewed candidates and hired teachers to oversee the education of their young son while they sailed from New Zealand to the Mergui islands of Myanmar, then east across the Pacific to Pitcairn and on to South America and the Magellan Strait.

Whenever conditions allowed (they did not always as some of the passages were rough), their son reported to his classroom dressed in his school uniform for daily lessons with his teacher. “The set times were 8am to 12.30 with a half hour pause around 10am. He had to follow that; we thought otherwise there was too much risk that it would become a three-year holiday,” owner Christophe Albin says. “It worked extremely well.” The lesson plan included videos, books and field trips, including a sleepover on Pulau Nangka, a dot on the map in the Strait of Malacca.

The Dabbiere family set a schedule but also carved out time for an Easter break during their eight-month adventure from Florida, south to the Caymans, on to Panama, Costa Rica, Galápagos and Fiji. They had already spent time at sea when their children were younger but wanted to have a chance to do it again before their children flew the nest. “Our daughter was in sixth grade when we started kicking the idea,” says Dabbiere. “You don’t want to disrupt the eighth grade, so her school schedule was the driver.” The trip was set to take place from Christmas to the end of summer and they flew home from Fiji in time for the autumn term. They knew a teacher through their immediate circle and hired a second one through Search Associates, a recruiting agency.

Finding a tutor with the required level of experience and the right personality for the family – and with sea legs to boot – can be a challenge. “I would say the hardest positions to find on a boat are a good captain and a good teacher. It took a long time and I interviewed a lot of people,” Mayer says. “When you have more than one child, one of the challenges is to find someone who can teach multiple levels.”

London-based Sea Tutors is one of the companies that has stepped in to help. A few years ago, Adam Caller expanded his company Tutors International with a specialist placement division. Even with all the experience he had as a teacher, private tutor and then business owner, he soon realised that finding teachers for superyachts requires a special touch.

He remembers the day when a client called with a crisis unfolding on a yacht. The trigger had been that a teacher his company had placed had used a service call button to order coffee. “Can’t you go into the galley and make your own?” Caller asked the teacher. “No, the captain has forbidden me from coming into the galley,” she replied from her cabin. The owner had no idea that the relationship between the tutor and the crew, who had grown resentful of her perceived special status, had become frayed.

“We learned as a company that the tiniest of events can damage relationships,” Caller says. It isn’t enough to find the teacher with the right skill set (which may include a Yachtmaster qualification if the clients so require), it is very important also to discuss living arrangements and the reporting structure. For longer assignments especially, Caller recommends that teachers be considered part of the crew but he leaves it up to his clients to decide.

On board Constance, there were 28 people, including the family, crew, teachers and naturalists from National Geographic. The 60 metre yacht’s layout allowed for private space for everyone but living in close quarters was a bit of a balancing act, Dabbiere admits. What matters, he adds, is that “it all worked out”.

In spite of the challenges, the unequivocal recommendation from the families who spoke about their trips is to pull the anchor and go. “I can only recommend yacht owners to do something like that,” Albin says. “It brings value to your yachting ‘investment’. Circumnavigating Sardinia is beautiful too, but you’ll never have the same experience.”

Have the stories of these families inspired you to bring your children on board to see out the coronavirus quarantine? If so, make sure you get a head start with these top tips, courtesy of Harvard Graduate and Homeschool Teacher author Kate Laird

Your immediate circle and children’s schools are a good place to start looking for guidance or tutors. They may even provide a curriculum plan. For older children especially, check out their school’s requirements. “It’s always best to find out from the administrator what they want and put it in writing,” Laird says.

A set schedule helps keep studies serious but you should make time to experience the trip as well. “If you are trying to go through a full set curriculum, you will miss some of the adventure. It’s a balance,” Laird says.

To recruit a professional teacher, Adam Caller from Sea Tutors recommends starting early to find the right candidate. “The golden timing is nine months before the job starts. The larger the application pool, the better the possible outcome,” he says. However, he’s found qualified candidates in as short a time as three weeks.

Be sure to discuss all your expectations of a tutor or teacher and be candid about living arrangements. Communication is key, says Caller, who insists on face-to-face meetings with families, including the students, before he writes a detailed job description for eventual candidates.

Everyone acknowledges that home schooling younger children is easier – the golden time may be seven or eight years old to 12 or 13. However, teaching older children isn’t impossible, says Laird, who is now overseeing her own children’s high school education.

Kids' cruise: The best on board fashion for small sailors