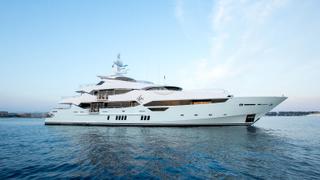 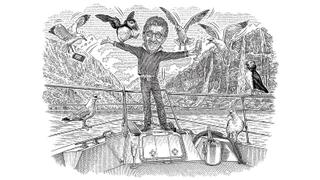 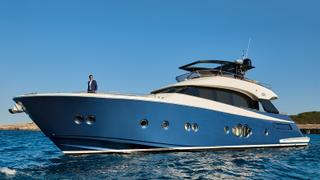 Lippy from the Liffey: Eddie Jordan on selling his Sunseeker 155 Blush

He may be saying goodbye to his motor yacht and her amazing crew, but Eddie Jordan is delighted to welcome Rafael Nadal to the club...

It’s official – my Sunseeker 155 Blush has been sold. It was always a hugely successful charter yacht, but the way my life is going at the moment, with Formula One, Top Gear and other things, I was spending less and less time on it – maybe two weeks a year, maximum.

Then there are my five young grandkids, who are not always easy to look after on a big boat. You might think it’s even harder on a 27 metre sailing boat like Lush, with all the lines and the limited deck, but you’re on the same level and you can see them all the time.

Sunseeker did an unbelievable job on the 155, technically as well as aesthetically. It is a very sexy boat and people were always asking me whether I would sell it. I’m happy to report that it’s gone to a nice American family who had chartered her. They didn’t want to build new and knew what they were getting after spending so much time on board.

I’ll miss the crew most of all. They were the most unbelievable bunch I’d ever had. When Irvine Laidlaw was selling Seaflower (now Cipitouba) he told me how good his captain and chief stewardess were, so I stole them for Blush. And they were simply amazing. So thanks, Lord Laidlaw!

We also spoke about some of the extreme cruising he’s done, and it got me thinking about where I’d still like to sail. Having done the Corinth Canal and Panama Canal, I’d like to tick off the Suez Canal. The Northwest Passage interests me. But the place I really want to go is Norway, to sail into some of those huge fjords with towering cliffs either side. I’ve been up there heli-skiing, but never in a boat.

I like the look of all these new explorers and it’d be great to head up there in something like Ulysses. In fact, we had an incredible Australian chef who we lost to that boat. Ulysses was in the Med this summer and I had a tour of her and was blown away. On something like that you can go to places where there are no other boats, where you’re completely isolated. No press. No messages. No television. No phone. Just you and a book. Although it wouldn’t be James Joyce’s book of the same name. Have you ever tried to read it!?

It’s great to see Rafael Nadal joining the owners' club. We share a common love for Cambio de Tercio on Brompton Road in London. It’s a magnificent place for tapas. I was there at a party and Roger Federer came in, as did Henri Leconte, who always causes chaos.

Nadal and Federer are shining examples of sports legends who are humble and caring. They always make time for the press and their fans. I totally understand why Nadal has a boat in his line of work. And he’s from Mallorca, which is like the boating hub of Europe with all the sailing and refit yards. I always say the reason I got into boating was very simple: at the time I just needed a place to get away. I would never compare myself with someone like Nadal, but once you become well known you start to really appreciate the solitude a boat can give you. A boat makes you feel like you’re a normal human being, which is important for someone like Rafa, who’s in such demand.

And the selfies. My god, the selfies. Even I get it. But people ask you for one and they sometimes don’t even have their phone on. Then they have to find the photo button, figure out whether it’s facing forwards or backwards. It really can be quite time-consuming. I get a bit annoyed by it, but Rafa is always totally serene and hospitable. Maybe it’s all that time he’s spending on his boat?