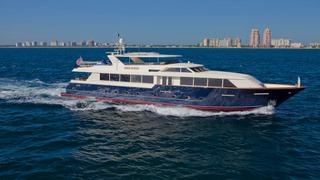 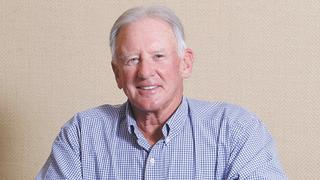 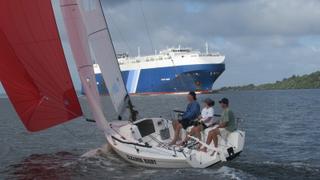 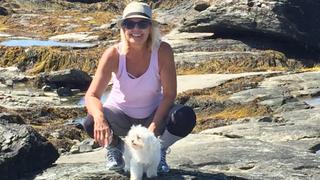 Whether it’s boats, planes or books, this sailor and pilot turned author is all about passion, yacht owner Dick Schmidt tellsGrace Trofa...

I started sailing when I was eight years old, but I was 26 before I bought my first sailboat, a 9.4 metre ketch. During the 1970s and 80s I did a lot of ocean racing; my favourite event was the Solo Offshore Racing Club. I did well, won a lot of races – the most memorable was beating Ted Turner in the Lipton Cup in 1973.

During my racing career, I had three boats, the most famous was Red Jacket, a 12 metre custom sloop, and my last racing boat in the mid 1980s was a Farr 40 called American Pie. Now I have two Lasers on board my 35.9 metre BrowardTrue North; that’s how I get my fix.

I designed and built powerboats as a hobby, so it was an easy transition from sail to power. I built a monster boat, an expedition yacht called True North from 2004 to 2007. My intention was to circumnavigate the world north to south, but all I knew after five months was there was no place I wanted to go to that wasn’t within 1,000 miles of my Florida home. I turned the boat around, sold it and made a lot of money.

My favourite cruising ground is the Bahamas – particularly the Abacos and the Exumas for their beautiful beaches – but you have to bring your own entertainment. You won’t find it there.

I do everything with a passion; my current boat I completely refurbished and made it personal. I’ve had about 12 boats and 21 planes. I co-pilot my current plane, a 10 seat Challenger. As a member of the Red Stars, I flew Soviet light attack fighter jets at air shows but these days I spend a lot of time running the Schmidt Family Foundation and I’ve started writing fiction.

My wife, Barbara, is the author of an international bestseller about meditation and being present called The Practice; it’s good to have her close by. My first book was about the relationship between a boy and a dolphin; the second was inspired by the television show Homeland – I wondered what they did with retired heads of the CIA – and now I am on my third, a thriller involving a Cuban immigrant.

I have a sense of adventure and love being on the water, diving, all of that stuff, but I loved it more in the 80s when we didn’t have cell phones. If I wanted to call the office, I had to find a phone booth on some island and I only had to check in once a week. Now everyone wants you right away.