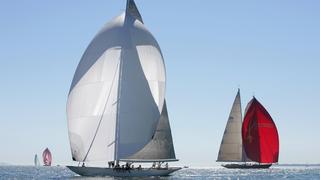 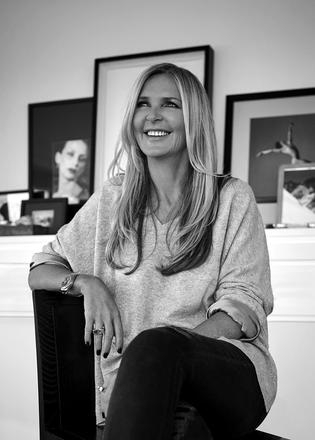 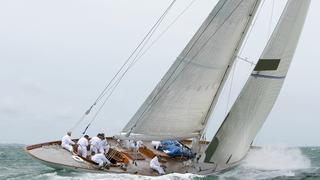 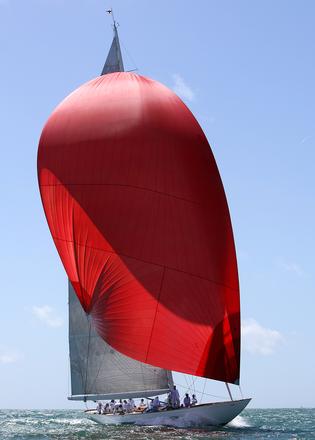 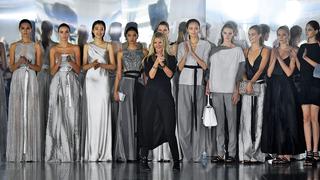 On board with Amanda Wakeley, fashion designer and sailing yacht enthusiast

Fashion designer Amanda Wakeley has dressed Hollywood queens and proper royalty but for her the deck of sailing yacht Savannah is as appealing as the catwalk...

She is known the fashion world over for her glittering gowns and her devoted celebrity clientele. Princess Diana, the Duchess of Cambridge and Angelina Jolie are among those who have been wooed and won over by Amanda Wakeley’s rare gift for understanding successful, stylish women and knowing what they want. But when it comes to Wakeley herself, she is never happier than when she’s far away from a red carpet and a high heel – on a classic sailing yacht preferably and, if possible, in a full-on, competitive race.

The celebrated designer, who was decorated with an OBE in 2010 for her services to the fashion industry, is a proper regatta junkie. Heaven for her is crewing on board Savannah, the 27.4 metre carbon fibre sloop that her partner skippers, through the Mediterranean racing season, rolling her all-weather sleeves up and mucking in with deck duties.

Like so many of Wakeley’s creations, Savannah herself is a thing of beauty. She was conceived in 1995 by an American yachtsman who wanted to build a modern classic and asked J Class Management to do just that for him. With a hull and rig by Pedrick Yacht Design in Rhode Island, and interiors by John Munford Design in Southampton, she was launched in 1997 to such acclaim that she was voted Best Sailing Yacht by BI’s stablemate ShowBoats International. But there’s more to her than good looks. “She’s a wolf in sheep’s clothing,” says Wakeley. “Savannah is made of carbon fibre, which makes her phenomenally fast and very exciting to race.”

Wakeley herself takes the helm each May for the Coupe des Dames regatta in St Tropez and is well aware of the dangers that such speed can present. As we sit in the comfort and safety of her central London design studio, she recalls a race – the Yacht Club de France’s Autumn Cup, from Cannes to St Tropez – in which tragedy nearly struck Savannah’s 30-strong crew. “We hit a squall and lost someone overboard,” she says. “It was a dreadful moment and everyone held their breath, but then our team swung into action with the most incredible synergy. Hugh [Morrison, her partner in her business and personal life] flung the wheel around to stop the boat and a group of three of us managed to hook our man by his jacket and hauled him up on deck.” Without missing a beat, she adds: “We then went on to win the race.”

Speed and saltwater are in this couple’s blood. Morrison, a British entrepreneur who helped Wakeley buy back her business in 2009 after she found she had no rights to ownership after divorcing her first husband, has been a racing sailor all his life and first skippered Savannah to success at the Superyacht Cup in Palma in 2007. He also keeps a 1972 Bertram 28 Sportfish in Lymington, UK, for fishing expeditions out on the Solent, while Wakeley previously co-owned Spruce Goose (with her ex-husband Neil Gillon), a classic Grand Banks 49 motor yacht that was kept in St-Jean-Cap-Ferrat.

“I’ve had a passion for the water and water sports all my life,” says Wakeley, now 53. “I grew up in Cheshire [the daughter of Sir John Wakeley, a baronet and prominent surgeon], so we spent many holidays in Anglesey or Abersoch, sailing with my family in all kinds of weather. I remember coming back into the yacht club soaking wet and watching people gently steaming by the bar. As a teenager my brother and I would go off to West Kirby and spend hours windsurfing on Marine Lake. It was my first real understanding of the power and freedom of the wind.”

It’s a warmer, more southerly wind that Wakeley goes in search of these days, and not just for racing either. “Although Savannah’s a rocket she is the most beautiful cruising yacht, too,” says Wakeley, who was educated at the prestigious Cheltenham Ladies’ College and began working life at 16 in a designer menswear boutique in Chester. “Hugh plans his regattas at the beginning of the season [the 2016 itinerary includes the Panerai circuit for classic yachts and the Spetses Classic Yacht Regatta in Greece] and we try to get a good balance between racing and cruising.”

When they are not tearing through the water at 18 knots, Wakeley reverts to the role of cocooned guest. “We have a wonderful crew that look after us beautifully; a really lovely captain and Carole, our first mate-chef, who has never let us down with her bloodhound-like ability to sniff out the best local produce and create the most delicious food.”

The fun starts at the beginning of May when Wakeley heads down to St Tropez, where Savannah is moored opposite the iconic Sénéquier restaurant. “It’s the best time of year to visit as it’s locals and people who own houses, rather than hordes of tourists.”

Although Savannah officially sleeps only six, a host of friends are accommodated in the exquisite interiors. “In May it is often cool at night so we love hosting cosy dinners below decks, just six or eight of us. The saloon has the most handsome, mahogany panelling and a wood-burning stove that gives it the feel of an old-school gentleman’s club. When we are on our own I love to retreat to the master cabin, which has the most glorious roll-top bath.”

As a designer herself, one who famously dressed Diana in that bottle-green suit when the troubled princess announced her retirement from public life in 1993, which was only three years after Wakeley started in the business, I wonder if she is ever tempted to tinker with Savannah’s classic interior? “The interiors work so well, you really can’t improve on them,” she says. “Savannah came with wonderful collections of silver, china and an exquisite set of cut-glass crystal that’s all perfectly protected for sailing. As a designer I’m a modern minimalist, so I don’t want to start ripping her to pieces. She is not a Wally.”

On the flip side, though, Wakeley often weaves nautical inspiration into her fashion collections. “I’m always looking at ships’ knots and wondering how to incorporate them into my work,” she says, pointing out some beautiful cord-knotting detail on a dress. “I’ve also used carabiners, the clips we use on our sailing harnesses, as fastenings on my handbags and there is an amazing waterproof fabric, used on 99 per cent of deck cushions, called Sunbrella that feels like canvas but doesn’t stain or mark. It’s pretty much bulletproof so I’ve got it in mind as the perfect material for a range of beach bags.”

Talking of beaches the couple, who have homes in London, Hampshire and Verbier, have some firm favourites. “Both Hugh and I love Greece. Delos is so steeped in history and the Corinth Canal is pretty magical but this summer we discovered Menorca and I couldn’t get over the clarity of the water,” she says, proffering an iPhone video, which shows a wake of endless electric blue. “Inevitably though, we always come back to spend time around the South of France. I love the new Norman Foster-designed Monaco Yacht Club; it has completely transformed Monaco for me. They have a beautiful gym and clubroom and a divine collection of shops that I would highly recommend. On the Côte d’Azur we inevitably wind up for lunch at Club 55, which is as good as ever.”

As well as great food there are plenty of high jinks, too. “One of the most unforgettable afternoons was when we invited Yves Carcelle, CEO of Louis Vuitton, on board for lunch. While other people might bring chocolates or a bottle of wine, he brought an opera singer, who belted out a full range of arias after lunch, much to the delight of the other boats in Canoubiers Bay. We quickly had quite a flotilla of spectator boats gathered around and people on shore stood up and listened. It was a truly magical moment.”

Indeed, happiness for Wakeley is time away from the frenetic pace of city life, far out at sea. “I am at my happiest sitting right at the bow of Savannah looking out for dolphins in the waves but sadly they seem to be few and far between the last couple of years. I am a sun worshipper and I’m not a girl that’s neurotic about covering up. I love feeling the spray of the salt and being bronzed and healthy.

“We don’t have a gym on board Savannah so we try to keep fit and swim off those long lunches using the ocean as our gym. I am a very keen water-skier. Recently we bought a 3.6m JP Cruisair inflatable paddleboard. They are amazingly solid rather than soggy so now I’m learning to master that and I’m getting pretty good at it, too.”

She’s mastered the fashion world so that paddleboard doesn’t stand much of a chance.