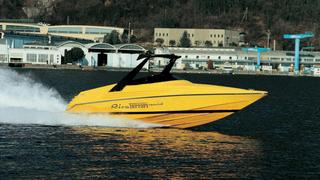 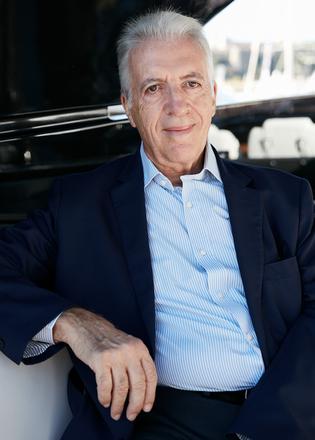 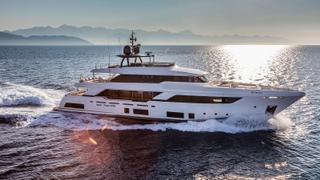 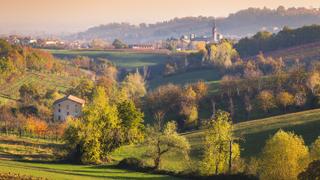 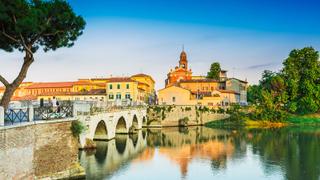 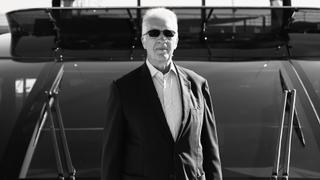 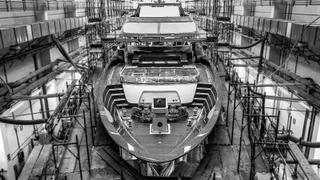 On board with serial superyacht owner Piero Ferrari

“My dad was a car guy,” he says understatedly. Enzo Ferrari’s son is also something of a boat guy, as he tells Risa Merl, and fittingly has Riva very close to his heart...

For a man whose whole life is all about speed, Piero Ferrari knows how to take things slow. He speaks softly, at a calm, unhurried pace as he lounges, in a perfectly tailored Italian suit, in the saloon of the stylish new Riva 110' Dolcevita at the Monaco Yacht Show.

It’s a fitting place to meet, as his ties to the Ferretti Group, Riva’s parent company, run deep. Not only does Ferrari own a Riva Bahamas runabout and a Ferretti Custom Line Navetta 37 motor yacht, but he holds a 13.2 per cent stake in the Italian yacht builder, sits on the board, chairs its product development committee and is the vice-president of another company in the group, custom superyacht builder CRN. It is larger than the 10 per cent share he owns in the legendary car manufacturer with which he shares his name, and where he still serves as vice-chairman.

Though it’s the height of the Monaco show, Ferrari insists he’s merely here “for a vacation to see some boats, maybe have a few meetings, and then disappear into my home in Monaco”. His main residence is in Modena, Italy, near Maranello, home to the Ferrari headquarters.

The Navetta 37, called, appropriately, Race, is berthed in La Spezia and Ferrari uses it for summer sailing in Capri and for cruising further afield, to Croatia and Greece. “I love Capri and the Amalfi Coast – it’s an area famous for its good food,” he says. When on board, Ferrari relishes the simple pleasures of a relaxed cruising lifestyle. “You are travelling, but you don’t need to have luggage, you have everything with you. To see nature from the sea is a very different feeling that I love very much.”

The second and only living son of Enzo Ferrari, Piero was born in 1945, just two years before the very first Ferrari car, the 125 S, was introduced. He grew up with the company and watched as his father developed it into a true automotive empire.

“He never had time for vacations,” Ferrari says of his father. On the rare occasions that Enzo did take the family away for a holiday, it was to Rimini on the Adriatic Sea, “because my dad very much loved the seafood there”. But on these trips the family merely admired the sea from afar. Enzo never had much interest in yachts. “My dad was a car guy,” Ferrari says, smiling.

It wasn’t until he was in his early 20s that Ferrari discovered a passion for boats. “I was a young guy, and my first boat was a four metre Pirelli RIB with a 30 horsepower outboard – that was the beginning of my career as a boat owner,” he says. “Then I’d move up in size, metre by metre, finally all the way up to the Custom Line 37. I don’t remember how many boats I’ve had in my life, but it’s more than 20. I’ve had sailboats, fast boats like a Pershing, and now I’m back to a displacement boat. I like variety.”

Race was designed to meet Ferrari’s specific needs. “I had in mind to have that size of boat,” he explains. “It’s a very balanced concept of contemporary design, and it’s very functional.” He insisted that the yacht have large windows for maximum light and that it cruise comfortably, so a good deal of attention was paid to hull design and stability.

When it comes to yachting, Ferrari likes to throttle back. He has tried go-fast models such as Cigarette boats – “for an hour, no more” – but they’re not his passion, nor is racing around cans at sailing regattas. “I like to cruise,” he declares. “I love sailing, but give me time.”

Ferrari has spent most of his time as a yacht owner at the helm, captaining the vessels himself. Now that he has the Navetta 37, he has a captain but he still enjoys spending time on the bridge and poking around in the engine room, fascinated by anything connected to the technology and management of a yacht. If he’d had his way, he would have studied engineering. “I wanted to be an engineer, but my father pushed me to do economics. My mentality is more engineering, and I never actually had a job linked to economics,” he says. Though Ferrari didn’t initially study engineering, later in life he has been recognised for his work in the field, garnering an honorary degree in aerospace engineering from the University of Naples Federico II in 2004 and another in mechanical engineering from the University of Modena and Reggio Emilia in 2005.

Piero’s first job was working at Ferrari. This was no nepotistic appointment to management; he was put to work in the purchasing department, buying parts for racing cars. He credits this first job with teaching him about the importance of quality in parts and how to negotiate.

Carrying a name like Ferrari might seem a heavy burden, but Piero takes it in his stride – and appreciates the education his unique upbringing has given him. His business ventures have stretched beyond the automotive realm. He was president of Piaggio Aero Industries from 1998 to 2014 and was also a board member and vice-president of Banca Popolare dell’Emilia Romagna for a number of years. Today, along with his roles at Ferrari and Ferretti Group, he serves as chairman of the automotive engineering and manufacturing company HPE COXA.

“Everything I learned in Ferrari, I can use in other businesses,” he says. “And I’m still a 10 per cent owner of Ferrari. It’s now on the stock market, it’s a worldwide company, a recognised brand – but to me, Ferrari is my family.”

He owns eight of the company’s cars – “One was a gift from my father, one was specially made for me” – and is currently collaborating on Ferrari’s long-term vision. He forecasts that after 2022, 60 per cent of Ferrari cars will be hybrid. “Hybrid will be a larger part of Ferrari’s production. Hybrid gives you fuel economy and performance. And Formula One is the most efficient engine in the world, because it’s burning less fuel than a diesel engine, but with huge performance. This is the future of Ferrari.”

The key to design, meanwhile, is achieving a balance between tradition and innovation, and not going too far too soon, he says. “Steve Jobs introduced a touchscreen device in the 1990s. It was just a device, it was not in a mobile phone, and they lost a lot of money and Apple did terribly. That project failed. It was too far, too advanced for people to understand. They didn’t have the need for it yet.”

In a similar vein, Ferrari is wary of putting too much value in concept cars, which he says the motor shows make a big fuss over every year but none go into production. A balance of heritage and modernity is always on his mind, whether it comes to car or yacht design. “Tradition doesn’t mean that you have to always keep what you had in the past, but it’s important to have a clear idea of the heritage of the brand and the style,” he says. “Style is the number one thing that you have to pay attention to, because a Ferrari or a boat is not something that you buy because you have a need, it’s something that you have to fall in love with and think, ‘That’s beautiful. I want it. I want this boat.’ ”

He lets slip that the next boat he’s fallen in love with is going to be even bigger, the first ever Riva 50 superyacht, the biggest yacht the yard has ever built. It’s currently in build and due to launch in March 2019. “I love the Riva brand, I love the Riva style, and the details are a different taste from other yachts. So Alberto Galassi, the CEO of the company, and I decided that it was time to have a bigger Riva.”

This isn’t the first time that the Riva and Ferrari names have been uttered in the same breath. In 1990, a limited-edition Riva-Ferrari speedboat made waves. Only 30 hulls were built, and Piero still uses his on Lake Garda.

The best part of any of his myriad jobs is when he gets the chance to climb behind the wheel, whether it’s to test a new boat or drive a new Ferrari. “It’s most fun when they come and ask my opinion about the feeling of a new car – or a new boat. The launch of a new boat is a very special moment.” Ferrari admits, however, to no longer attending the launches of his own boats. Once, many years ago, before his days with the Ferretti Group, he attended a launch and “everything on the boat broke!” He’s concerned he might be a jinx.

Perhaps he’ll reconsider for the launch of his new 50 metre Riva, on which he plans to do more cruising and enjoy the chance to take his otherwise busy life at a relaxed pace.

On board with Paul and Maureen Petracca, owners of 49m superyacht Trending