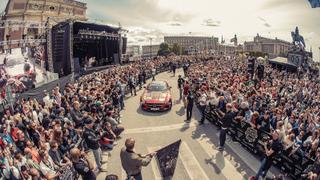 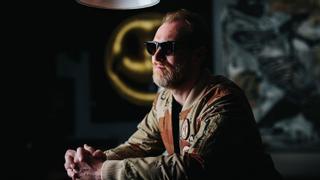 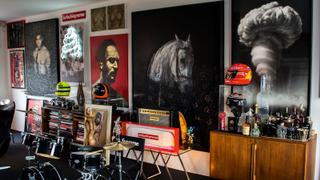 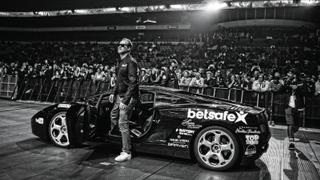 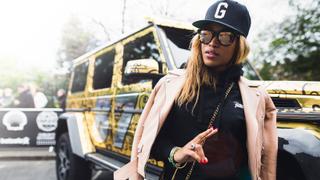 One in a million: Maximillion Cooper, founder of Gumball 3000

The Gumball 3000 rally is an event like no other – just like its founder Maximillion Cooper, says Peter Howarth...

Push open the doors of an unassuming black brick building in West London and you’ll find yourself in an Aladdin’s cave. On the ground floor, pride of place is given to two cars (a 1969 Lotus Type 47 in pale blue, and a 1993 racing Jaguar XJ220S) and a motorbike (a silver BSA B40 once owned by Steve McQueen). “If they could talk, they would tell great stories,” says the owner.

We are in the headquarters of Gumball 3000 Entertainment Group, the business that has been built on the back of the now 20-year-old annual 3,000 mile rally founded by my host, Maximillion Cooper. That’s the name his parents gave him, but he went by plain Max until he was 18, he explains, as it proved a bit awkward at his state school.

Spread over three floors are also Evel Knievel and Charlie’s Angels pinball machines, Sega arcade games consoles, a wall full of painted skateboards, another of unused, coloured BMX bike frames, and a pair of Nike Air Jordans from the first production run – “they’re like the holy grail for anyone interested in sneakers; I bought them for £1,000 in the 90s, but recently someone offered me £50,000 for them.”

Barely any wall space is not covered by art. It was Cooper’s first love, because of his father, a sculptor and painter. For years he’s been collecting, from friends like Jonathan Yeo and Banksy (who used to decorate his warehouses when he threw parties in the early Gumball days), to pieces by Frank Stella and Pierre Soulages.

The idea behind Gumball is combining motorsport with fashion, music and entertainment, and is the result of Cooper’s uniquely spent youth: during the weeks he was based in remote English countryside, weekends were spent in London where his parents shared a flat with art students. From an early age, he was into skateboarding and BMX riding, and was good enough to attract sponsorship. He simultaneously began modelling for the likes of Giorgio Armani and Dolce & Gabbana. Cooper got interested in cars as a kid, a curiosity fed by the diet of US television shows he consumed, like Knight Rider. He decided to invest a big pay cheque from a modelling job in some race-car driving lessons and soon he was competing, while also studying fashion at Central Saint Martins. After graduating, Cooper did a law and film studies MA and raced for several years for sports car teams.

In 1998, he says, “I realised I was never going to be world champion”, and decided to try a new track. He consulted his address book for ideas and found it full of contacts at automotive firms and sponsors, fashion designers, extreme sports stars and a sizeable constituency of the 90s London party scene. He first dreamed of buying an F1 team and found an investor to help him. “I grew up when James Hunt was the poster boy for F1, and I wanted to bring some of the fun and glamour back into motor racing. These teams were lifestyle brands, at a time when they didn’t understand that.”

Gumball was born after a failed attempt to buy Tyrrell, the British team that Jackie Stewart raced for in the 70s. Cooper decided to mine his contacts and stage a road race as a kind of moving, automotive knees-up. “I look back on our launch party, when everyone from Kate Moss to Madonna came, and I think ‘wow, how did I get them there?’ But that was really just the scene I’d been immersed in for a decade,” he says. The first rally was from London to Rimini and back, and Cooper’s friends drove the 50 cars.

Now in its 20th year, the rally has grown. In August, 150 cars and 300 drivers will journey from London to Tokyo via Italy and airlift in four 747 cargo planes to Osaka. The format is well established: staged routes with stop-offs at glamorous locations for parties and cultural events (in 2008, the trip from San Francisco to Beijing incorporated 24 hours in North Korea, where the state put on a performance of 150,000 people for the Gumballers). Celebrities regularly take part – Jodie Kidd, Hugh Hefner, Quentin Tarantino and Snoop Dog have all entered. This year, Lewis Hamilton, Adrien Brody and Cypress Hill will be returning, as will David Hasselhoff, who previously drove Kitt, the Knight Rider car, which apparently stole the show in China.

Entrants pay a fee rumoured to be around $100,000 and get their own vehicles to the starting line. The drivers then complete 3,000 miles, broken up by events put on by Cooper’s team. Send-off and arrival are dramatic affairs and Cooper has managed to close off both Regent Street and Times Square, and to hold his 2002 finishing party at the Playboy Mansion in LA. Many bring brand new supercars, but Cooper encourages the presence of eclectic motors, his ideal starting grid being “a vintage Mini Cooper, next to a McLaren F1, next to the Batmobile. My dream car is a Jaguar D-Type,” he says.

What about boats? “I’ve never owned one. Because my favourite cars tend to be design classics, in boat terms anything Riva works for me. But then at the same time I appreciate some of these absolutely futuristic stealthy speedboats. I did get to hang out on a Wally, for example, and they’re the next level.”

Now 45 and married, with four children from a previous marriage, you sense that Cooper may be mellowing. What he really wants is “to put on a show”, he says.

Certainly, this entertainer has done well. Sitting in his office among his Pearl drum kit and collection of F1 crash helmets (he has around 50 belonging to the likes of Senna, Fittipaldi and Schumacher), with the ejector seat from a Vulcan bomber serving as an armchair, Cooper is the picture of the successful entrepreneur. He still owns 100 per cent of the company, which Forbes has valued at $300 million. Maybe that name his parents gave him was prescient after all?

By the sea: Antonio de Matteis, CEO of Kiton