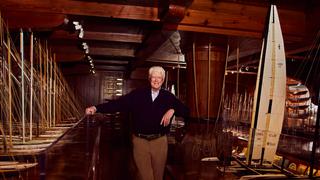 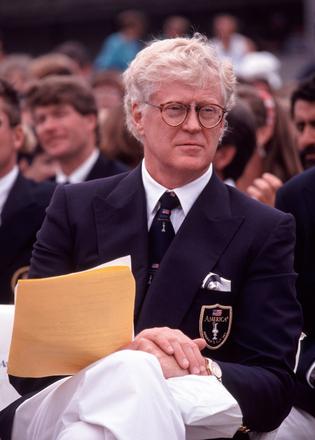 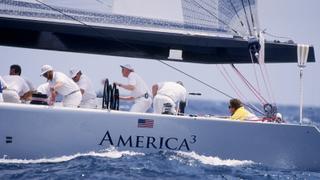 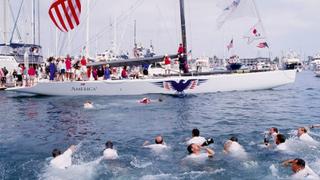 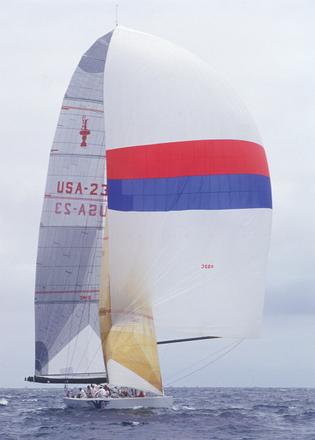 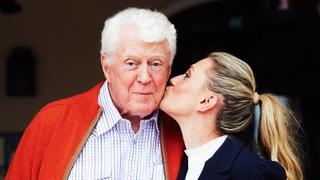 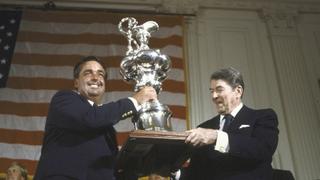 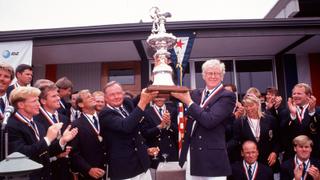 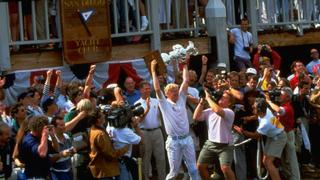 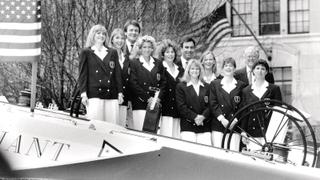 Bill Koch: How a "hick from Kansas" won the America’s Cup

There’s a ranch in Kansas where the land rolls like waves and the grass that grows on it, called bluestem, is five feet tall. A young boy sits up on one of those grassy hills one hot summer’s day pretending to be a pirate or the captain of a ship, watching the wind puffs, studying the shape and colours of them as they fall among the ever moving, ever changing landscape.

He is in his own private world, where he is happiest. More comfortable in his own company than that of others, recalcitrant some might even say. He’s often being told by those closest to him that he isn’t very smart, that he’s clumsy, but he knows that’s not true. He knows one day he’ll prove them all wrong.

Now that young boy is all grown up, an adult. He is powerful, successful, has three degrees from MIT and more money than Croesus. What would you do if you were him?

What Bill Koch did is defy his critics, thumb his nose at the establishment and do what he always dreamed of: become the captain of his own boat. Not just any boat, but America³, the boat that, against the odds, won the 1992 America’s Cup with her owner, the self-proclaimed “hick from Kansas”, at the helm.

I first met Koch after the 2013 America’s Cup with my husband, Ben, in West Palm Beach. We were sailing on a mutual friend’s yacht and afterwards Koch invited us to have lunch at his home. While there, we toured his extraordinary and extensive collections of wine, art and, of course, America’s Cup memorabilia. He has the largest private collection of half models and models outside of the New York Yacht Club.

Yet years later, as we sit across from one another once again at the home he shares with his family a few doors down from The Donald’s Mar-a-Lago Country Club, he tells me: “Initially I hated the idea of the America’s Cup. On the maxi circuit I could have a few drinks with the crew and the opposition and it was a friendly environment.”

So why do it in 1992? “Because I’m a contrarian. I like to prove a point and I get great satisfaction out of accomplishing what other people say you can’t do.” No one thought he could pull it off. “They said I was a nutty chemist from Kansas, a buffoon, somewhat of an idiot.”

Koch was a chemist from Kansas but he certainly wasn’t a buffoon or an idiot. He believed that science could win the America’s Cup and he had the resources to prove it.

“My doctorate degree is in fluid dynamics so I understood science extremely well. I had also discovered what makes a boat go fast and what makes a boat go slow. I’d set up a research programme at MIT to do exactly that. We looked at it for five years and we came up with the fastest boat in the world.

“When I decided to compete for the America's Cup, everyone thought that what you needed to design a boat was a great naval architect. I said ‘bullshit’. Naval architects are good for ideas but they are not scientists.”

Koch knew he was on to something, especially when Dennis Conner [the yachtsman who has won the trophy four times] came calling with a request. “All the America’s Cup guys came to me when they saw how fast our boat was and they all wanted the technology, so I asked them what was in it for me. Dennis Conner said I could have breakfast with the crew! Everyone wanted my technology but they didn’t want me. Why would I finance someone else’s ego trip? Better to finance my own, be on the boat, and do what I want. So that’s what I did.”

Koch calculated his odds and decided he had a very good chance of winning. Still, the criticism came. “I got tremendous abuse in the press for thinking I could sail against the great Dennis Conner and his ilk. All I cared about was doing it my way, and winning.”

Doing it his way meant having no superstars, just team players, in the America³ line-up. “The essence of winning is teamwork. That model allowed me to beat some of the best sailors in the world. I didn’t want any superstars. We rated everyone in three categories: attitude, teamwork and ability. They had to be tens in attitude and teamwork.

“I had three guys who were tens in sailing but twos or threes in the other categories. I cut them all. People asked me all the time why I was on the boat. I told them I was on the boat for three reasons. One: I’m not that bad a sailor, not the best, not the worst, but I can sail. Two: if I’m putting up all the money I’ll do what I damn well please. Three: if I’m on the boat I can see what’s going on. There’s only one ego, the ego of the boat.”

Koch pushed the boundaries in all manner of ways in his pursuit of glory. “A lot of people make assumptions. I find it’s always good to challenge your assumptions, which is why I did so much testing. We also understood the science, which no one else did, and we were the ultimate in spying.

“We hired divers and we picked up people’s garbage. We did everything we could within the rules and the law but we pushed it to the edge. When we picked up garbage, we found where all the keels were being made. We had a guy who needed a new keel working for us so we sent him up there. He went out into the backyard and took photos, he even got his ruler out. We tested those designs in the tank.”

What Koch and Co came up with in America³ was a winning formula as well as a winning boat. That must have felt pretty special, crossing the finish line and lifting the America’s Cup, I suggest. “I’ll tell you what I told the reporter who asked the same question straight after we’d won. I said: ‘Honey child, it’s like having a thousand orgasms.’ Now I wish I’d saved a bunch.”

If it felt that good, why not go again in 1995? “I didn’t defend it myself because I had nowhere to go but sideways. I asked myself what I could do for the sport, and how I could be contrarian. So I came up with the idea of a women’s team. We fulfilled the goal of making the sport more popular and we showed that women can compete directly with men.”

The women’s team on board Mighty Mary won the first round of the four-month contest, defeating all the male teams and, although they did not go on to win the Cup, they certainly won over the critics.

So what does the contrarian, scientist and billionaire think of the new look America’s Cup boats, the foiling catamarans that will race in Bermuda’s Great Sound this month? “There’s a Spanish saying: ‘The only beast at the bullfight is the crowd.’ These types of boats play to the audience and I think that’s exciting for the viewers. From a commercial point of view the foiling multihull is the way to go.”

Koch says he will watch the America’s Cup with interest to see which way it goes, that he will miss it while he is watching it, but then afterwards he will thank God he’s not involved any more.

As I’m leaving I ask if he’d like to visit the Land Rover BAR base in Bermuda before the serious stuff starts, perhaps hitch a ride on the raceboat during a practice session, and his eyes light up. That kid from Kansas watching the wind puffs across the bluestems is daydreaming once more.

First published in the June 2017 edition of Boat International