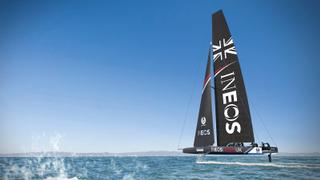 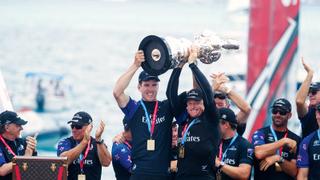 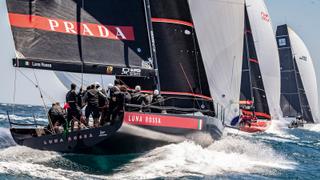 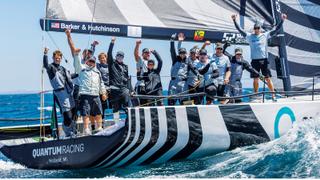 An international challenge of design, ingenuity, strength, skill and subterfuge; the America’s Cup is gearing up for its 36th edition. Here’s our review of the contenders and their billionaire backers.

Innovation, skullduggery, clashing tycoons and top sailors are the main ingredients that make the America’s Cup one of the most fascinating sporting competitions in the world, and probably the most difficult to win. In early 2021, the waters of Auckland’s Hauraki Gulf will be churned up by the most unconventional and imaginative sailing yachts ever conceived. Emirates Team New Zealand will try to defend the Auld Mug in 23 metre foiling monohulls with crews of 11 sailors. The old wing sail foiling catamarans of the 2013 America’s Cup in San Francisco and the 2017 match in Bermuda were fast, dramatic and innovative, but they were evolutions of existing yacht design.

As the winner of the last Cup, Team New Zealand also won the choice of boat for the next. This new class for 2021 has never existed anywhere before but in Kiwi computer simulations. Think about it: a 23-metre-long yacht with a 27 metre mast and no keel. Instead of a keel, AC75 Class yachts will have hydraulic rams to raise and lower ballasted foils that extend 4.6 metres outboard on each side of the yacht. Each foil has wings that will provide the lift to fly the entire yacht clear of the water. These boats will be incredibly difficult to sail and even harder to race. Top designers believe the foils will work and the boats will fly. They are somewhat less certain about how well they will race. We’ll get a first impression in April 2019 – the first date that the teams are allowed to launch their boats. And by the way, the rules require that the boats be self-righting in the event of a capsize.

Four syndicates have joined the contest to date and there has been so much shifting of talent since the last Cup that you’ll need a crib sheet to follow who knows who and how the decks are being stacked.

Team New Zealand gets private support from retail mogul Stephen Tindall and from Swiss-Italian billionaire Matteo de Nora. Tindall built the Warehouse Group in New Zealand; De Nora grew his family’s electrochemical business before handing control to the next generation. Both men spend much of their time and money on philanthropy and both have strong ties to the team, with de Nora having been a behind-the-scenes supporter for 14 years. Team New Zealand’s America’s Cup history dates back to 1987 when investment banker Michael Fay built the first fibreglass 12 metre Cup yacht, a decision incorrectly labelled as cheating by Dennis Conner. Fay’s next challenge was also marked by innovation and controversy, both of which are America’s Cup traditions.

At the 1988 Cup in San Diego, Fay surprised Conner and the San Diego Yacht Club with his "Big Boat" challenge. Conner responded by bringing the first wing-sail catamaran and won easily in the lopsided mismatch. Then followed two years of legal wrangling to decide who would keep the America's Cup trophy. It wasn’t Fay. But in 1995 the Kiwis, led by offshore sailing hero Sir Peter Blake, lifted the Cup with a dominant 5-0 win. New Zealand defended easily in 2000, but lost to Swiss billionaire Ernesto Bertarelli’s Alinghi team in 2003 and 2007. The Kiwis had to sit out the 2010 America’s Cup, which devolved into two years of lawsuits between Bertarelli and Oracle founder Larry Ellison, won by Ellison. In 2013 New Zealand was dealt a heartbreaking loss when Ellison’s Oracle team came back from eight match points down to win 9-8 in San Francisco. But in 2017 New Zealand’s young star Peter Burling played Luke Skywalker to Ellison’s Darth Vader. Olympic gold medalist Burling and Australian multihull ace Glenn Ashby calmly dissected Oracle’s better-funded team. Kiwi innovation was obvious again – they were the only team to use bicycle grinding stations to power the hydraulics.

Patrizio Bertelli and his wife Miuccia Prada lead the Prada fashion house and have just signed tyre company Pirelli as co-sponsor. Bertelli is making his sixth challenge for the America’s Cup – one more than Sir Thomas Lipton. He is the only Italian in the America’s Cup Hall of Fame. Bertelli angrily pulled out of the 2017 America’s Cup after falling victim to chicanery. He then threw his support to Team New Zealand, providing money and technology in return for a commitment to return to monohulls. Be careful what you wish for – the foiling AC75 monohull might not be quite what he had in mind. While the team is Italian, and the team’s boats will be built by Italian industrial giant Persico, Bertelli doesn’t hesitate to use international talent. Australian Jimmy Spithill became the sport’s youngest winning skipper when he steered Larry Ellison’s monster trimaran to an easy win in the 2010 grudge match against Alinghi. Spithill showed solid nerves on the race course in the dramatic come-from-behind win in 2013, but he fell to Peter Burling’s Kiwis in Bermuda in 2017. Now Spithill is back with Luna Rossa – where he started as helmsman in 2007.

The New York Yacht Club held the America’s Cup from 1851 to 1983 and wants it back. Absent from the competition since 2000, the New Yorkers have the financial muscle for a strong team. Newcomers to the America’s Cup Hap Fauth and Doug DeVos are both enthusiastic and skilled yachtsmen, Fauth with his Maxi 72 and DeVos in the elite TP52 Super Series. Fauth built the industrial holding company Churchill Industries and has been a keen racer since his days as captain of the Georgetown University sailing team. DeVos is president of Amway, the household products company started by his father. Roger Penske, the team’s third billionaire backer, gave up a promising career as a race car driver to focus on building his business. His teams have won the Indianapolis 500 a record 17 times.

Known as “The Captain”, Penske is an enthusiastic cruising yachtsman. His current yacht is a 60 metre Lürssen called Podium. Veteran sailor Terry Hutchinson recruited Kiwi Dean Barker to helm the American challenger. Barker led Team New Zealand in 2007 and won the Louis Vuitton Cup with Hutchinson as tactician. Barker won the Louis Vuitton Cup again, helming New Zealand’s foiling catamaran in the 2013 America’s Cup, building an 8-1 lead before succumbing to Oracle’s comeback. He then skippered the 2017 Team Japan challenger in Bermuda, but was eliminated in the semi-finals.

The UK’s wealthiest man, Jim Ratcliffe, founder of INEOS, and Sir Ben Ainslie, the most successful Olympic sailor ever, have teamed up to represent the Royal Yacht Squadron. Ainslie played a key role as tactician in Oracle’s 2013 victory before launching his own unsuccessful challenge for the 2017 Cup.

For his first AC foray, formerly reclusive Ratcliffe agreed to £110 million in funding on the condition that he would be the team’s sole backer. Out went title sponsor Land Rover, along with other sponsors and private backers including Sir Keith Mills and Sir Charles Dunstone. Ainslie’s 2017 team had high hopes but came up short as their boat was outpaced by the other teams’. Former CEO Martin Whitmarsh, once head of McLaren, has been replaced by Australian Grant Simmer. The latter’s multiple America’s Cup victories include wresting the Cup from the New York Yacht Club in 1983 on board Australia II as navigator, and as team boss for Alinghi in 2007 and Oracle in 2013. Kiwi designer Nick Holroyd led New Zealand’s daring and successful move to foiling for the 2013 event. Unfortunately for Holroyd, Oracle successfully copied the Kiwi innovation and built a faster foiler.