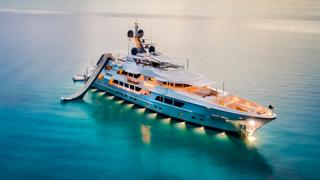 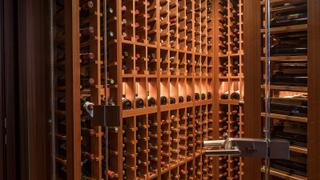 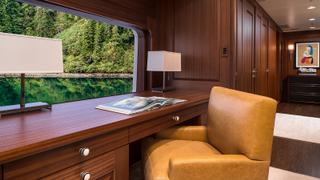 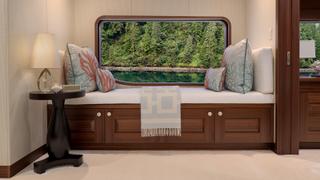 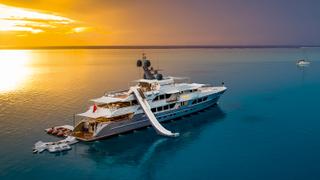 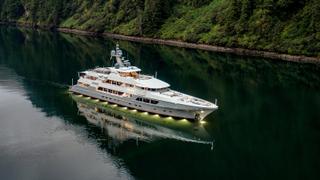 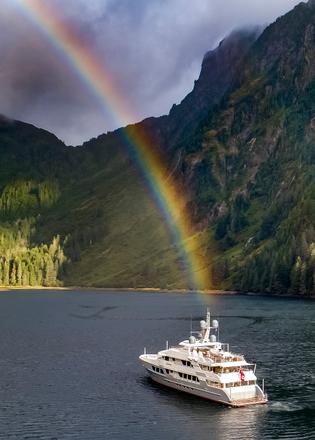 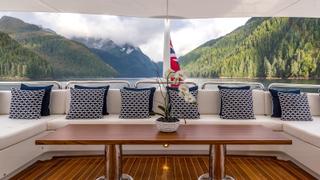 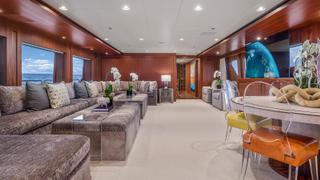 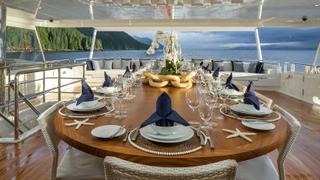 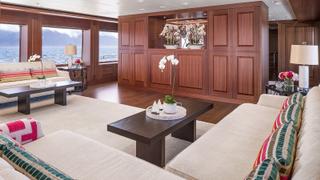 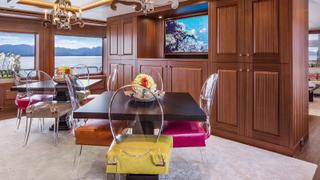 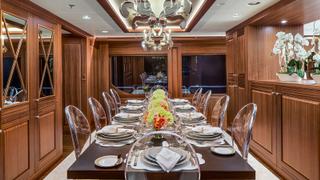 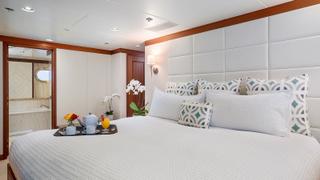 Endless Summer: The 49m yacht four years in the making

Shakespeare knew how to capture the essence of a story in a phrase, and “all’s well that ends well” is one of his more memorable and lasting lines. Coined to summarise the often stormy relationship between Helena and Bertram, it reflects that sense of relief when a good outcome is finally achieved in spite of the setbacks and frustrations that preceded it.

When the 49 metre motor yacht Endless Summer was launched, the celebration of a joyful result was no doubt all the sweeter for the owners because of the hurdles overcome in achieving it. Their perseverance was rewarded last August when the boat slid into the water in Seattle and immediately embarked on an energetic schedule.

Living up to her name, Endless Summer completed a maiden cruise to Alaska as the season drew to a close and then headed out across the Pacific to chase the southern hemisphere summer – marking Christmas in Fiji, before heading to New Zealand in time for New Year.

Take a closer look at the 49 metre superyacht Endless Summer. All photography courtesy of Cavan Hadley

These passages posed stern tests of seakeeping, with green water over the bow on the way to Alaska and sustained winds up to 56 knots in the Pacific. “She handled it well, riding pretty comfortably considering what we had out there,” says Captain Anthony Hodgson after their arrival in Auckland.

As the crew make final preparations to welcome the owners for a New Zealand cruise, Endless Summer reflects a sense of quiet confidence. After a tough baptism at sea, she has earned her place among the world’s ocean wanderers.

Lying at the dock the new arrival, with her pale grey hull and white superstructure, attracts admiring looks. Even with her swept-back mast, which conceals significant satellite communication and media capability within its four domes, the balance of length and height is beautifully executed in a clean, elegant profile.

Within that stylish envelope, two expansive lounges, multiple indoor and outdoor dining and entertaining options, six guest suites and crew accommodation for nine are spread across three decks and a superyacht sundeck.

The owners have introduced custom features that broaden the experience for their family and friends and for charter guests, and accessibility is a subtle theme throughout. For example, the wide companionways that heighten the sense of space also accommodate wheelchairs.

A superyacht elevator links all four decks, while a fully submersible articulated stern boarding/bathing platform enables physically challenged guests to enjoy the water; for trips ashore, they can even board kayaks on the stable platform and then lower them into the sea, so guests can paddle away without risk of tipping.

This spacious aft platform is the staging point for watersports, from scuba diving to Jet Skis, kiteboards, hydrofoil surfboards, Seabobs, a floating island, inflatable lounges and so on. The platform is connected to a lobby, where the crew can fit equipment and, with the help of videos, instruct guests on how to use it.

The upper saloon’s fold-out superyacht balcony offers a great vantage point for watching friends and family enjoying watersports (including a giant slide from the sundeck to the sea) or simply enjoying the passing scene.

With the doors to the aft deck also open, fresh air wafts through this area, while a sliding internal door seals off the rest of the interior to maintain its air-conditioned state. “Once we are away from the dock, that balcony stays open all of the time and is a versatile space that can be used for whatever the setting suggests,” Hodgson says.

There are plenty of other indoor and outdoor spaces on offer, so guests can always find a spot to join the fun, or curl up with a book. Family games and entertainment are a big consideration. The upper deck saloon table, for example, can just be a table for drinks and jigsaws, but when the card games get serious its top flips over to provide a Las Vegas-style green baize surface.

Music and entertainment are channelled from multiple sources throughout Endless Summer, with more than 1,000 movies on the server and satellite television on hand to keep up with current events. And those who want to enjoy the ultimate viewing experience — starlit nights, warm tropical breezes and a movie all at the same time — can recline on the aft deck loungers while the drama is projected from the mast onto a big outdoor screen.

Given the accomplishment and quality of this new addition to the global superyacht fleet, there is nothing to suggest the challenging circumstances of its creation. The Endless Summer project began with all due excitement and anticipation with a September 2013 keel laying at the Christensen yard in Vancouver, Washington.

This was not the first large yacht for the North American owners, but it was their first superyacht build. Previously, they owned a 38 metre originally built in 1986 by Lloyds Ships in Brisbane as Bravo Papa. They were the third owners and renamed her Endless Summer (the yacht has since been renamed as Sunshine).

Australian skipper Hodgson ran that boat for the owners for more than a decade. “They loved it. Every time, it was like their first time on board. They were always so thrilled to come on board and enjoy it. They loved sharing it with family and friends, which they did a lot. They are very sociable and generous. It’s always nice to be part of a programme like that.”

However, their children had grown up and the boat was in its third decade; it was time to consider moving to something larger and more modern. The broad outline of the replacement brief was to include more accommodation, low maintenance and running costs, a shallow draught (the Bahamas are a favourite cruising ground), quality workmanship and, preferably, a US shipyard.

Christensen matched the brief with its 49 metre platform. Attracted by the style and accommodation layout, the composite construction and the workmanship, the owners signed a contract and work began on hull No 41.

Hodgson, having overseen the refit and sale of the old Endless Summer, took up residence at the yard to oversee the construction of the new one. The yard bore all the hallmarks of a busy, solid operation, with multiple projects under way, but then Christensen began spiralling towards receivership and restructuring.

Just over a year into the build, and only 30 per cent completed, the owners took the decision to go elsewhere and made arrangements with Delta Marine to complete the project.

“No machinery had been installed apart from some lower-deck HVAC units,” says Hodgson. “Endless Summer was basically a shell at that point. The hull and superstructure were complete, except for the sundeck bimini hardtop and mast. There was a long way to go still, but it was at a point where, if you had to pull a boat out of the yard and start again somewhere else, it was probably the best possible time to do it.

“We shrink-wrapped the whole structure, made the hull openings watertight, put it on a dolly and wheeled it down to the water’s edge, loaded it on a barge and towed it to Seattle, where it went straight into Delta’s shed. It was a pretty seamless, easy move. From the time we decided to leave to when we loaded it on to the barge was about two weeks.”

Delta’s chief naval architect Jay Miner says the overall approach was to make the transition as smooth as possible. To that end, the yard undertook to continue working with the same sub-contractors that had already been selected by the clients, including the ABS classification society.

“We received a collection of drawings when Endless Summer arrived, which provided a fairly comprehensive basis for carrying forward,” Miner recalls. “We had the knowledge and expertise of the captain, who came with the project, bringing with him a key person from Christensen familiar with the project.

“Naturally, there are logistical challenges when situations like this come to pass, but in this case a lot of things were working in our favour to make it successful.”

All the major features, including the customisation aspects, were already designed into the project and Delta made no significant changes to any of them. “Our approach,” Miner emphasises, “was definitely that we were not there to reinvent the wheel, but to execute what had already been designed.”

Delta’s long-standing composite expertise, along with its in-house design capabilities, ensured a result that “is a great collaboration between two Washington shipyards and the owners”.

With news of Endless Summer’s safe arrival in New Zealand, Miner notes the mileage the boat has already covered in the short time since its launching.

“All the reports we have received indicate that the owners are very satisfied with the outcome,” he says. “When you get a situation like this, it is a question of working to achieve a win-win situation for all parties. I think the success speaks for itself.”

Endless Summer is available for charter with Y.CO