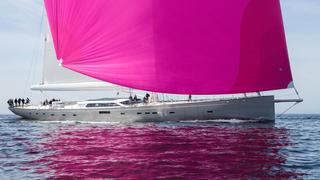 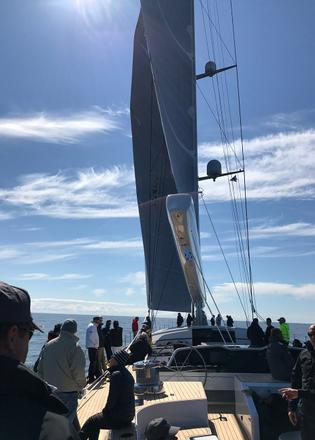 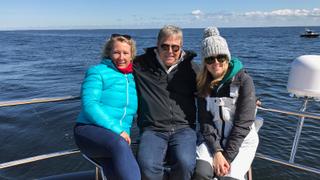 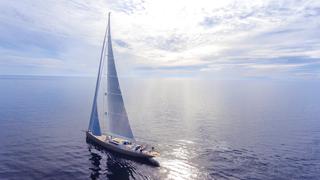 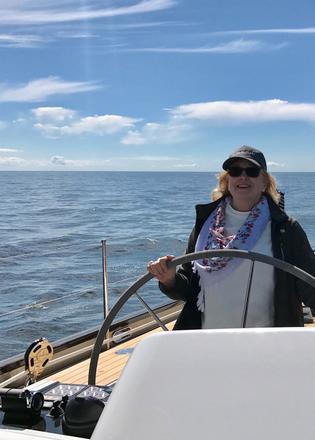 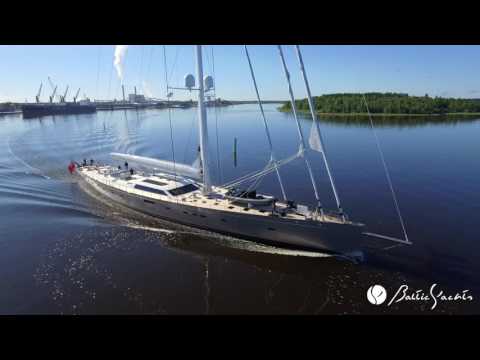 Professor Hans Georg Näder, approaching the delivery of his sixth sailboat to carry the name Pink Gin, shared a bit of his rationale: “I ask myself, ‘Do you really need a new boat? The answer is of course, ‘no, but…' There is always a but. You need family, friends and love. That makes the most healthy cocktail of life. But, the ocean is the best place to enjoy that cocktail, the best place to be.”

After sailing the last Pink Gin, a 46.2 metre Baltic, since 2007, he was looking forward to sailing off on her successor, a 177 footer drawn by the same naval architects — Judel Vrolijk — and the same interior firm, Design Unlimited. This week, Baltic arranged sailing trials for a small group of media, owners and sailing industry illuminati in Jakobstad, Finland.

Näder, a German tech entrepreneur, says he simply loves spending time on boats. Pink Gin V has cruised more than 200,000 nautical miles and Näder has entertained aboard at every stop along the way. Entertaining, lots of people and often, was just one of the things that got him thinking about a new and larger boat six years ago.

“We started the discussion at 170 feet,” Rolf E. Vrolijk told Boat International. “He wanted a better way to bring guests aboard from a tender and asked for a boarding door on the port side amidships. He also asked for large swim platform aft and a bigger cockpit with a unique arrangement that put a large helm console in the centre of the action.”

Näder also wanted the entire boat to be built from carbon fibre. A boarding platform off the saloon in an all carbon yacht? "It had never been done,” Vrolijk confides. “He asked if it could be done and I said, 'Technically, yes.’ So he replied, 'Good, then let’s do it.’” The doors, their frames and even the locking pins are part of the structure and load pathways of the hull.

With not one, but two, superyacht balconies — Näder also asked for one in his master stateroom — and a finished overall length of 53.9 metres, Pink Gin VI is the largest all carbon sloop in the world. Its Rondal mast is 16 metres taller than a J Class rig and will spread 1,322 square metres of sail upwind. Downwind, she can fly an asymmetrical headsail that weighs more than a quarter of a tonne and stores on a two-metre diameter carbon fibre reel in the foredeck.

But she’s not all tech, the interior is a surprising mix of uniquely treated timber, petrified wood, salmon skin, gilded bronze, zinc, pewter and hammered copper, soft leather and velvets. We would like to tell you about Design Unlimited’s rather gutsy use of chandeliers, but we are sworn to secrecy about the show-stopping interior until the yacht is unveiled during the Monaco Yacht Show in September.

And the “pink" in the eponymous Pink Gin cocktail? It’s only a little less classified; let’s just say it has something to do with rhubarb…