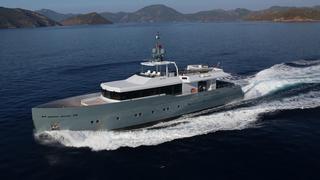 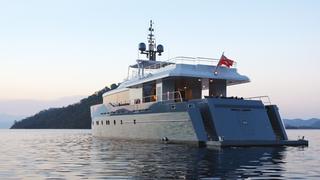 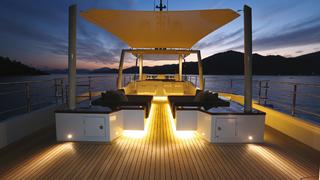 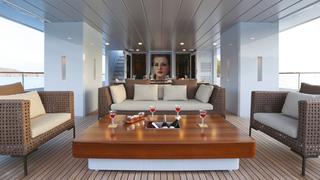 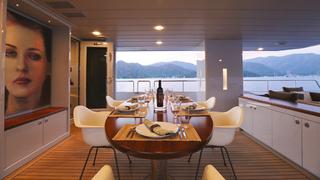 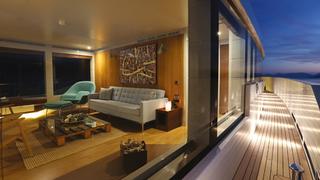 Only Now: a traditionally contemporary yacht

As a tribute to the late Marc Paris, superyacht photographer extraordinaire, and simply because this is an extraordinary yacht, here we present Marc’s last shoot for Boat International.

‘If I were to build a yacht thinking just commercially, I should always use steel and aluminium for my builds; but there are other factors and parameters to be taken into consideration when it comes to a yacht commission; therefore let me plead the cause of cold-moulded wood once in a while.’

These are the words of Riza Tansu, a Turkish boatbuilder who has been in this business since 1996. His first brand was Troy Marine, after which the Istanbul-born industrial designer established Tansu Yachts in 2006. The philosophy behind all Tansu’s boats is pretty similar, but his latest models have succeeded in becoming easily and definitively recognisable as Tansu craft. As these are primarily intended for Mediterranean use, they always favour large, open decks and amenities for the outside spaces, recalling working boats, their unmistakable features and functionality.

‘ Only Now’s concept and sketches,’ Tansu says, ‘have been in a drawer and in my mind for a while; I was sure that sooner or later I would sell this yacht to the present owners. I knew what they wanted and was confident about what my team and I had created. It took some patience, but in the end I received the phone call I was expecting. During a few meetings we upgraded the project, played a little with the 3D models, slightly increased the length to 33.9 metres, and the keel was finally laid.’

As the reader might have guessed from the first quote of this story the decision of building material fell on something Tansu seldom uses but Turkish boatbuilders traditionally have plenty of skill and experience with: wood. Under the heading ‘Building Characteristics’, Only Now’s catalogue states: ‘Four layers wood strip planking and cold-moulded fibre epoxy coated hull.’ The latter is reinforced and supported by transverse bulkheads, frames and longitudinal stringers, saving a lot of weight and improving overall performance at sea.

‘If we compare Only Now’s weight to that of a previous steel-aluminium build like Nomade (now Bartender), which is only three metres longer, the difference is approximately 85 tonnes: 135 versus 220,’ says Tansu. ‘To be honest, these two yachts do not much resemble each other, but still the figures can give you an idea of the advantages such a yacht can take out of the chosen building material.’

The facts back up his assertions. Powered by two 1,700hp Cat C32 Acert-E1 engines, this planing hull can reach up to 22 knots, with a cruising speed of 18.2. Overall fuel consumption at maximum speed is 685 litres per hour, but this can be nearly halved by decreasing the knots down to 17, at 361 litres per hour. Obviously the range, at full load, varies accordingly: 2,500 nautical miles at nine knots; 1,500 at 15 knots; 900 at cruising speed. What we are dealing with is a performance cruiser indeed: exactly what the owners were aiming at.

‘Just like any other Tansu yacht,’ Riza says, ‘Only Now was designed and built to please customers who mostly want to cruise, enjoy sun and outdoor life across the Med with a limited number of guests on board. I would not have any problem working on a layout with a higher amount of cabins, but I happened to conceive and build most of my yachts under the same rules and requests: a lot of space allocated to the open and common areas, with tenders and cranes an integral part of the design itself, and less space devoted to the cabins and indoor areas in general. For example, since the owners have 95 per cent of their meals outside in summertime, we decided not to put a dining table inside’.

This does not mean Only Now lacks indoor space. On the contrary, the main deck features a big saloon, a galley, a corridor and the pilothouse. Access below is provided by a stairway next to a very useful dayhead. Below is another corridor leading back to the full-beam master with his-and-hers en suites, while at the other end are a fitness centre, a twin-bed cabin and the VIP in front, both with en suites. The crew quarters, whose access is from the starboard gangway on the main deck, are not located below the foredeck: instead, they have been placed amidship, so separating the guest cabins from the engine room.

Outdoors, the main deck seats eight guests around an elliptical custom dining table surrounded by Vitra armchairs. ‘Two doors instead of one grant access to the deck saloon,’ Tansu says. ‘We chose two entrances for two reasons. The first is functional: we wanted to divert the traffic to the sides of the yacht, a solution that enables people to walk from the aft sofa towards the saloon without turns.

‘The second reason is merely aesthetic: the owners wanted to install outdoors a portrait of an unknown lady, painted on aluminium plate, which they truly care for. This could be put only between the two Bofor doors we picked. The result is an almost perfect outdoors symmetry: the stairs to port, leading to the flybridge, are the sole exception to the rule.’ Further spaces for guests are on the flybridge and the foredeck, where Multiplex lounge and sunbathing units have been placed.

The main deck, foredeck and flybridge all feature teak-laid decks and stairs. On the flybridge another exception to the reigning symmetry can be found: an 800-kilogram Opacmare crane installed to starboard, while the Novurania RIB tender is positioned longitudinally and perfectly centred, its nose set into a niche moulded in the back of those custom-made lounge units.

The interiors show a great deal of warmth, in deep contrast with the sharp lines of Only Now and her high-tech general appearance. Most of the yacht’s vertical surfaces are covered with lacquered grey or white panels. An exception is a bulkhead in the main saloon, which has been covered with oak panels. In this crucial area the owners wanted to create a 1950s atmosphere with these panels as well as Knoll and Carl Hansen freestanding furniture, an abstract painting and a vintage monochrome photograph. Non-slip oak planks and other fine woods have been chosen for the parquet flooring on both decks and all internal doors and stairs, while lacquered panels decorate the ceilings. The minimum headroom is 2.1 metres.

Tansu is already looking forward. ‘The construction of two yachts, a 37 metre in wood and a steel-aluminium 38 metre, have just started,’ he reports. The biggest Tansu build to date, the 36.4 metre Nomade, will soon be overtaken. While the owners of Only Now can finally enjoy their present, Riza Tansu seems to be well focused on the future of his brand.