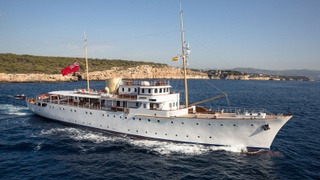 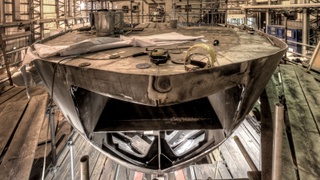 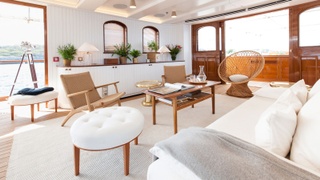 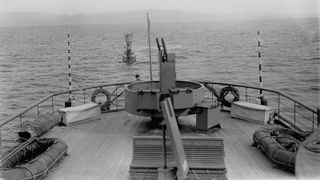 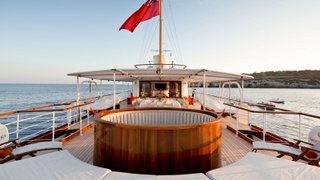 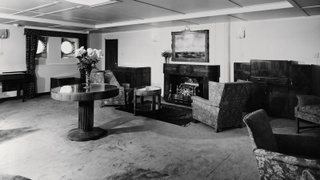 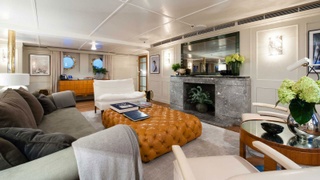 When the owner of the 64.4-metre classic 1930s yacht Shemara first set eyes on her, it was in the pages of BOATInternational. “She looked beautiful,” says Sir Charles Dunstone, “and I was intrigued. I thought it was a shame that this wonderful thing was sat unseen, just decaying in this dock.”

Fortuitously, the dock in question – in Lowestoft on England’s east coast – was not far from his home in Norfolk, so Dunstone went out and found her. So struck was he by what he saw that he bought a digital camera from a local shop to photograph her. He admits he “wasn’t really in the market” for a motor boat but, after tracking down the owner and conducting what turned out to be four years of determined negotiations, he finally had his boat.

So the refit process began – but Dunstone had serious reservations about handing Shemara over to a yard. “It was impossible to know how much of the boat needed to be replaced,” he says. “No one would give me a quote to do the work, and I was very nervous that once she was in someone else’s yard in pieces I’d be held to ransom – they could do what they liked and charge as much as they wanted, and I wouldn’t really have the ability to control it very much.”

It’s a quandary facing many owners embarking on the daunting prospect of their first major refit, but Dunstone decided to take matters into his own hands, setting up his own refit yard manned by friend and business partner Peter Morton. “I thought it would just be better to do it up at my own pace,” says Dunstone, “to have complete control of the process and the cost.”

Morton proved to be an excellent hire, getting the right team in place including naval architects from BAE Systems who had been working for the Navy, and recruiting a number of highly skilled labourers from the Palmer Johnson yard in Southampton following its closure. An in-house project management and design team was also formed, and external consultants advised on the whole process.

“I think there were quite a few people in the superyacht industry who were sceptical of this idea that we could create this yard and get a boat out that floated and worked, so it was nice to prove them wrong,” he says.

And prove them wrong they did. Not only did Shemara emerge a triumph, but today the company – SMS Group – is a much bigger business, carrying out work for the Royal Navy and commercial boats, as well as doing a one-off project for another 1930s yacht, the equally beautiful 51-metre Alicia.

Dunstone grabbed the project with both hands. “If you decide to do it, get on with it,” he says. “Once you’re committed there’s not much point looking back.” But perhaps he was wise to be cautious about the scale of the project. In the end, over a million work-hours were clocked up in the shed where Shemara was being worked on, with the refit being carried out in double shifts. “We reached a point where we couldn’t work on the boat any more, because we were doing so much welding we had to let it cool down,” says Dunstone, “otherwise it would start twisting.”

Three and a half years later, Shemara was finished, looking exactly the same on the surface, but with significant modernisation throughout. Today she has a Rolls-Royce diesel-electric drive train with twin azimuthing pods aft, instead of conventional shafts, and she was meticulously rebuilt using as much of the original steel plate as possible. “I think inevitably when you start these things, you’ve got to be prepared for the fact that more of the hull will be rotten than you think,” Dunstone cautions other owners. “In reality, there’s probably only 15 to 20 per cent of the old Shemara left.”

The superstructure was redesigned and rebuilt in aluminium and masts were replaced with carbon replicas. Other structural changes were made to make better use of the outside space. “Often I look at boats and think there’s too much inside,” he says. “I go into these enormous saloons and I think, they’re all very luxurious, but I don’t really want to be sitting in them I don’t think.” An under-used boat deck was changed to incorporate an awning and a big day bar that opens up, while the side decks are particularly wide and spacious. By installing the new engines, Shemara “got quite a lot of space back”, says Dunstone, who believes he achieved the original brief for the refit – “to retain the shape, elegance and proportions of the boat, but to modernise her”.

Perhaps it’s surprising that with such a major overhaul there were only minor tweaks to the end result. A new gym was converted back to a cabin, because “no one really wanted to be down there on a treadmill”, says Dunstone, while a cupboard was turned into a guest head. Unlike a lot of refitting owners, Dunstone didn’t feel overwhelmed by the project. “It’s like building or restoring a house really,” he says. “It’s about teamwork and process, and planning and adaptability, and just having the persistence and determination to get it done.”

And his advice to owners embarking on their own refits is similarly straightforward. “Go in eyes wide open, because it’s going to cost more and take longer than you think,” he says. “Plus, make sure you’ve been on plenty of boats before, so you really understand what you want, and how you’re going to use it.” For now, his refit journey is complete, content with sitting at the top of the yacht when she’s under way. “I love feeling the boat move underneath my feet,” he says. “I wouldn’t be daunted by the prospect of another project, but it’s hard to imagine why I would want to do it. What would I be trying to achieve that’s better than this?”