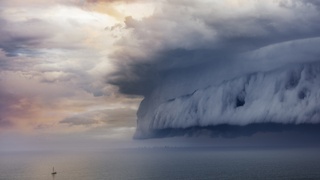 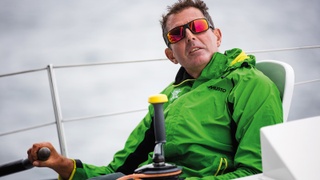 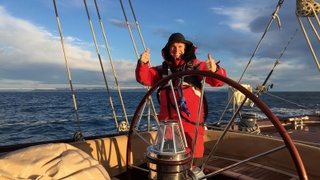 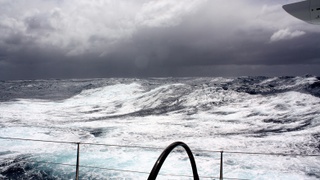 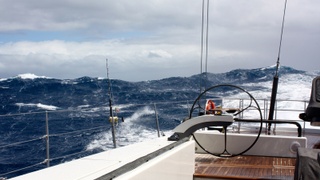 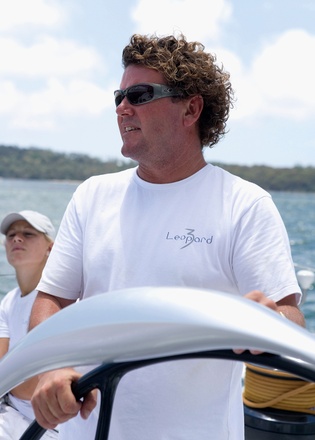 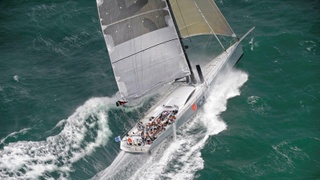 Wild Weather: Stories of Sailing Into the Storm

Ask skippers about the worst conditions they’ve faced under sail and they’ll shrug. “A good sailor knows when to stay in port,” many will reply. When I ask circumnavigator Brian Thompson for his tips on staying safe in heavy weather, his first words are that modern weather routing and faster hulls mean no one need ever find themselves exposed to more than 35 knots of wind. And yet… He still tells a tale of surviving 70-knot winds and mountainous seas off Cape Horn. There are various reasons why a yacht might be caught in weather not of their choosing: gear failure, for one, or the pressing schedule of a chartered boat for another. Saying you’ve never been caught in bad weather is a little like saying you’ve never run aground: either it’s not strictly true, or it’s just a matter of time. The key is how to handle the challenge when extreme conditions overtake. Here’s how five very different sailors weathered the storm.

In the annals of ocean racing, there are few more storied names than that of Brian Thompson. He set a round-the-world sailing record twice and has circumnavigated non-stop four times – more than any other Briton. Since his first transatlantic race in his own 10-metre trimaran in 1992, he has sailed mainly in multihulls, but in 2011-12 he took on the ultimate sailing challenge: the Vendée Globe. This non-stop, solo round-the-world race was accomplished in an IMOCA 60 – a super-light, fast monohull that requires experience and concentration to push hard. Having already weathered the Southern Ocean, he didn’t react immediately when he received an unprecedented phone call from Race HQ warning of an approaching hurricane.

“I’d just gone around Cape Horn, passing Staten Island [Argentina] through a little 50-mile channel. It was blowing around 25 knots. I got a call from the race committee [relaying info from] a Chilean aeroplane passing overhead. They said: ‘I think you should turn around because it’s going to be 80 knots – much more than forecast. Go back behind the island and wait there.’”

Despite her 86 years, Velsheda is still every bit the high-strung race boat that she was designed to be. And fortunately so, because her schedule of Mediterranean and Caribbean racing requires her to take on the North Atlantic regularly. Her young skipper Barney Henshaw-Depledge remembers one occasion when Velsheda was waiting for a weather window to cross from Horta in the Azores to Falmouth in the UK: “The forecast was showing a slow-moving low-pressure system and cold front approaching from the west. Once this passed us, we expected favourable conditions on entry to the Bay of Biscay.”

Henshaw-Depledge set off cautiously with a double-reefed main and staysail. “I plotted a more easterly course to gain some miles away from the approaching low. The associated cold front with the low-pressure system caught up with us after two days and in preparation we had changed to a trysail and storm jib, expecting wind up to 35 to 40 knots. We had a comfortable sail plan and were fetching along at 13 to 14 knots of boat speed – fast for our displacement hull.” But as morning came, and with the wind now gusting to 45 knots and whipping up big seas, Henshaw-Depledge felt that enough was enough. “I decided that the yacht [and crew] were sufficiently tired of barrelling along in a now substantial sea state and I opted to ‘heave-to’, which I’d never tried before on this yacht.

“We gybed over, held the storm jib on the high side, put the rudder to leeward, and trimmed the trysail accordingly for balance. With her long keel, we sat at a very comfortable angle to the oncoming sea and we waited four hours for the front to pass.” This age-old sailor’s trick bought time for the crew to rest as the boat’s motion calmed as soon as she heaved-to. “Later that day, we set one reef in the mainsail and the Yankee, then enjoyed good sailing conditions all the way into Falmouth,” he says. “After this experience, I would not hesitate to heave-to again should the conditions require it.”

Barry Houghton is no stranger to the Pacific Ocean, having had two sailing yachts built in New Zealand, which he sailed back to Europe. His famous Ed Dubois-designed sloop Salperton IV was one of these, and after cruising her in the region, he sent her on to the southern tip of Chile with the intention of exploring the Beagle Channel. His skipper during the crossing was James Johnson, who shares the story. “The weather hit us without warning, with winds of 50 knots,” he says. “We were at Point Nemo, the place on the planet that’s furthest away from land.” The boat was soon surfing down the huge swell, pushing on her top speed of 26 knots. “That’s when you’re not under control,” says Johnson.

A stuck batten pocket ripped the 579-square-metre mainsail during reefing and after wrestling it down and hoisting the staysail in its place, he says, “we still did 12 to 13 knots.” Calculation is needed to stay safe in these conditions. Too fast and the boat can lose control, but too slow is also dangerous. “We have to stay on one tack or the other,” says Johnson. “It’s the breaking waves that everyone worries about. When you can’t go quick enough, you can get swamped.” The crew took short three-hour watches on the helm, hand steering through the storm. There would normally be two or three on each watch to handle the boat, but during the really rough patches all hands were on deck. “It was quite impressive,” says Johnson. “I’m not sure I want to do it again.”

Malko Marchio now skippers large motor yachts, but he remembers a particularly fraught passage as a deckhand on a 25-metre sloop named Indigo. They were only a few days out of Cape Town, heading for the Caribbean, when they encountered mountainous seas. “The ocean was huge. It was as if we were sailing over mountains and then descending into valleys. It was an unreal sight. I recall once I had taken the wheel for my four-hour watch that when we descended into the trough it would get eerily still with no wind. Then as the vessel got to the top of the massive swell the wind would suddenly fill the sails quite violently and we would accelerate over the huge crest of the swell and then back down into the still trough.”

He remembers being told by the skipper to keep the spinnaker flying through the night watches, unless the wind exceeded 40 knots. At one point the wind jumped from 38 knots to well over 40 knots. When Marchio returned to the wheel after rousing the skipper, he remembers seeing the spinnaker stretched oddly in the lashing rain. “The next thing, we went flying over the crest of a wave and the bow pounded. I watched the spinnaker tear from the top all the way to the bottom. It was flapping around and there were some crazy sounds.”

The skipper sent Marchio and another crew member up to the bow to recover the spinnaker remnants. He remembers seeing the mate’s hand get tangled in the sail. “The wind inflated some of the spinnaker and the next thing, he was airborne with one hand still wrapped in the sail. I jumped to him as he hit the deck with his harness yanking him down. Just as I freed his arm, the spinnaker inflated and with a snap came fully tight. He almost had his arm ripped off, but we managed to get the entire spinnaker aboard.”

The boat made it to Grenada, with the hapless Marchio firmly in the skipper’s bad books. “For the next few days we had duties after our watches to sew the hole closed,” he remembers.

As captain of various Leopard yachts for more than 20 years, Chris Sherlock has seen more extreme weather under sail than most. He holds the record for the fastest monohull crossing of the Atlantic from west to east – set in 2008. But one occasion stands out. He was perhaps 15 hours off New York at the end of an easy passage up from Antigua aboard Leopard 3 in 2009, when the weather took a sudden turn for the worse. “We were sailing comfortably with a J4 and trysail [prepared for] heading into a low before getting to Sandy Hook lighthouse and our entry to the Hudson River,” says Sherlock. “We were hit by white squall, where the wind violently rises within seconds, and it blew 78 knots,” he says with a shudder. “We lost the J4 sail [in a knockdown], and once we recovered, we quickly went to bare poles dropping the trysail.”

At first, they ran ahead of the wind, but even without a scrap of sail up, they still had too much boat speed. “Then the waves were getting too big, so we put the bow up a bit and found a comfortable [heading] that kept us away from the land.” Comfortable is clearly a relative term as the boat was still making 10 knots through the water. “She was even doing six or seven knots upwind with bare poles – around 70 degrees true. We were going too quick everywhere.” But the ordeal wasn’t over. “Paul Standbridge was driving, with me in the nav station, when a wave broke over the boat in a current eddy in the eye of the low,” he continues. “Paul could only see the mast, with water almost up to the boom.

This 100-foot supermaxi was fully swamped. He could see lights through the water, and everyone clipped on was floating above deck. From the nav desk it looked like a goldfish bowl through the hatch.” Sherlock remembers how the boat was nearly rolled at one point. “We had 40 degrees of keel cant on bare poles, then a wave caught us. I was in the nav seat and the boat hit 30 degrees of heel. At some point the bulb must have been in mid-air.” The conditions took a toll on the crew, if not the boat herself. Sherlock says he considered trying to make things more comfortable by heaving to, but there was too much wind to have any sails up. It lasted for several days before they could finally limp into port. “In my 300,000 nautical miles sailed offshore, without a doubt this was the toughest few days I’ve ever had.”