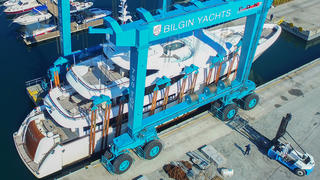 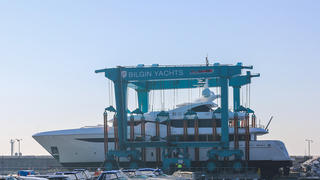 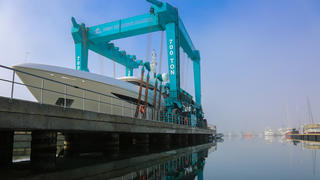 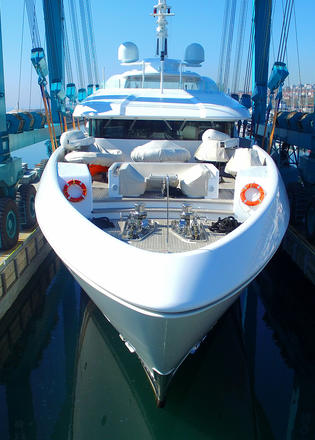 Turkish yard Bilgin has relaunched the tri-deck motor yacht Dusur, which has been lengthened during her winter refit.

First launched in 2015 as a 49.9 metre yacht, her transom has now been extended by 1.9 metres to expand the superyacht beach club area, bringing her LOA up to a total of 51.8 metres.

Other improvements carried out at the West Istanbul facility over the winter included regular maintenance, final warranty work and the addition of a new 7.5 metre passerelle.

Dusur was developed in collaboration with London-based studio H2 Yacht Design, who created her exterior lines. Accommodation is for 12 guests in six staterooms, including an owner’s cabin, a VIP suite, two doubles and two twins, while the crew quarters allows for a maximum staff of 12 people.

Her vital statistics include a beam of 9.5 metres and a maximum draught of three metres, while the interior volume on board totals 795GT.

Take a closer look at the Bilgin superyacht Dusur

Power comes from a pair of 1,650hp Caterpillar 3512C engines for a top speed of 16 knots. When trimmed back to her cruising speed of 12 knots, Dusur can cover long distances without mooring up, thanks to her 108,000 litre fuel capacity.

Other projects currently under development at the Turkish yard include the first two yachts into the 80 metre Bilgin 263 series, which are due to hit the water in 2019 and 2020 respectively.