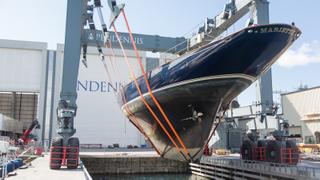 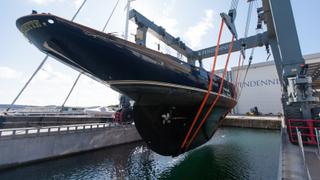 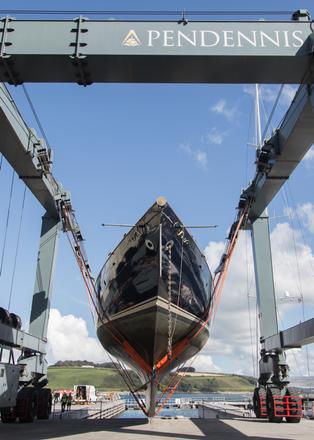 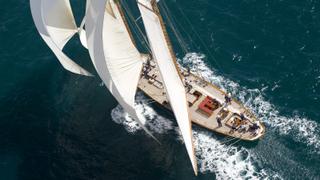 One of the world’s most historic yachts has begun her fourth refit at British yard Pendennis. As her name would suggest, Mariette of 1915 is more than 100 years old, making this job all the more sensitive.

She was hauled out at the Falmouth yard on September 1 and her relaunch is scheduled for spring 2018. Metal repair work will take place on her hull and superstructure, and other upgrades include a new deck, hull repaint, and a reconfigured engine room.

Mariette of 1915 is a regular visitor to Pendennis, having completed three refits in the past seven years, but this is her most extensive overhaul of recent times. The yard has previously fitted folding propellers and prepared her to race in the 2012 and 2014 Pendennis Cups.

Previous refit projects include a 1982 rebuild in La Spezia by Beconcini, restoration work at the same yard in 1995, and a major refit at Trehard in 2000, which saw her sails replaced.

Built from a steel hull to a design by Nathaniel G. Herreshoff, this 42.06 metre schooner is widely considered to be one of the world’s most beautiful classic yachts. She has gone by many names over the past century, including Evening Star, Guinevere, Le Voyageur, Gee Gee IV, Janeen and Kebyar, and her vital statistics include a beam of 7.19 metres and a maximum draught of 4.42 metres.

Her 165GT interior can accommodate up to eight guests and eight crewmembers, while auxiliary power comes from a pair of 150hp Caterpillar 3208 diesel engines, which allow for a cruising speed of ten knots.