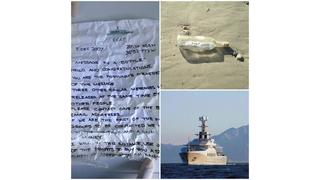 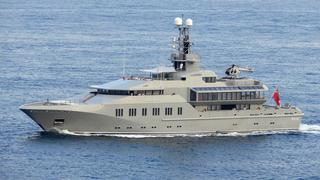 Message in a bottle from Skat crewmember found after 8 years

In the middle of an Atlantic crossing in December 2007, a crew member of Skat put a message in a bottle and threw it over the side. Lürssen, the builder of the 70.71 metre yacht, has now revealed that more than eight years later the message has been found washed up in Audierne, France

Ines Gofferjé and Rainer Gammel found the bottle with the message still intact and contacted the crewmember. The two finders told Lürssen that the discovery was “a thrilling experience”.

During a crossing from Gibraltar to Antigua in December 2007, the crew members decided to write this message, and several others, and throw them in the ocean as part of a light-hearted competition. As explained in the message, “three other similar messages were released at the same time by other people”.

The crewmember goes on to write that if they are the first of the participants to be contacted, then they will win the competition. They also pledge to use some of the winnings to buy the finder a “small token of appreciation”.

True to their word, the winning crewmember has sent Skat t-shirts to the two finders which, according to Lürssen, they now wear with pride.

The iconic superyacht Skat was launched in 2002 for Hungarian-born American businessman Charles Simonyi and features exterior design by Espen Oeino. At 70.71 metres, Skat makes it into the register of the top 20 largest explorer yachts.

Skat's minimalist interior is designed by Marco Zanini. The whole of the lower deck is uniquely set-aside for crew, which means all of the guest cabins can be found on the main deck.