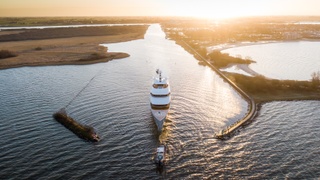 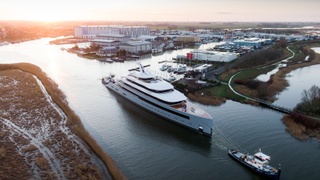 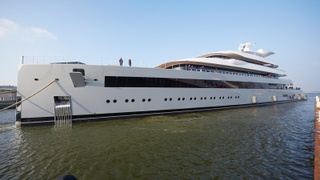 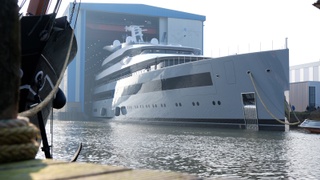 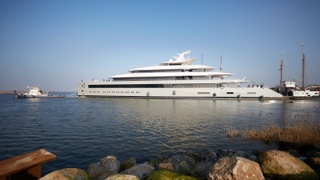 The 99.95 metre FeadshipMoonrise has been delivered following successful sea trials in the North Sea.

It comes after the yacht hit the water for the first time back in March.

Unveiled at the Makkum yard on February 7, Moonrise sports exterior design penned by Studio De Voogt. Key features include “sleek, sensual lines” with a “modern masculine profile,” according to the yard.

Other exterior details include a superstructure clad in glass, a helipad on the foredeck and a large beach club aft, complete with a gym and wellness area.

High ceilings are present inside and out, while Moonrise also features striking flush decks.

The interior by Rémi Tessier Design has been described as “instantly welcoming” by the yard, providing accommodation for 16 guests in eight staterooms.

The “high end crew accommodation” is illuminated by natural light and offers a “premium standard” for all 32 staff living and working on the yacht.

Moonrise features a 15.5 metre beam and is powered by a pair of MTU engines for a top speed of 19.5 knots and cruising speed of 16 knots.

Sustainability has been championed throughout the built, with a heat recovery system allowing Moonrise’sjacuzzi water to be warmed using less electrical power.