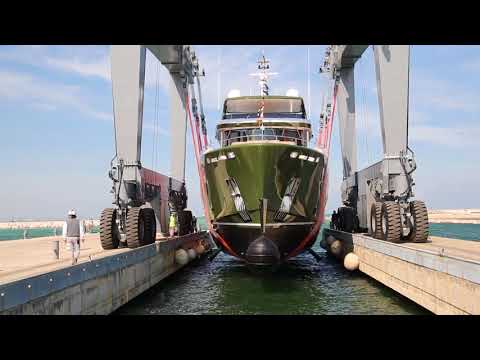 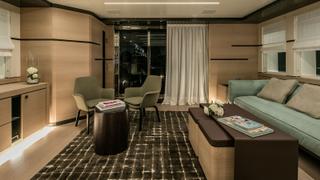 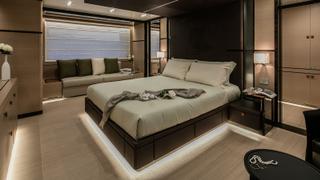 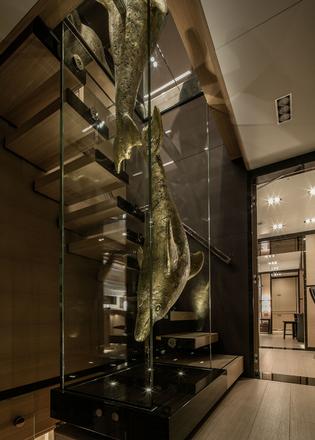 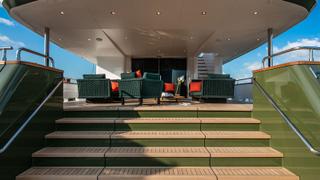 Italian yard Cantiere delle Marche has confirmed that its Nauta Air 111 yacht has been delivered bearing the name Hyhmä.

This 33.83 metre explorer yacht was built from a steel hull and an aluminium superstructure to a design by Nauta Yachts, while Dutch studio Vripack developed the naval architecture.

Sold in January 2016 to an experienced Latin American yachtsman who has a passion for oceanography, Hyhmä features accommodation for 12 guests split across five cabins, including a full-beam owners suite situated forward on the main deck, which benefits from a private steam shower.

Two VIP cabins and two twin cabins with Pullman berths complete the guest accommodation, while the crew quarters in the bow allow for a staff of up to seven people.

Yard co-founder Vasco Buonpensiere said, "With a common target represented by the will of allowing this very special owner/friend to cruise the Northwest Passage and documenting the marine wildlife during the trip, we have created an explorer vessel which — as Nature does — combines beauty and strength seamlessly in perfect harmony. Hyhmä is definitely one of the projects which has created more pathos and emotions in this shipyard, and we all feel her like she is our daughter."

Oak, ebony and stainless steel were the key materials used on board Hyhmä

The interior of Hyhmä features pieces from many designer brands, such as Sartori, Poltrona Frau, Flexform, Minotti and Paola Lenti. Other key features include storage space for a 6.2 metre Cobra RIB tender on the upper deck aft.

Designer Mario Pedol added, “Hyhmä’s exterior expresses sober, elegant and seductive strength. This explorer yacht communicates its uncompromising seaworthiness through straightforward volumes combined with strong and decided lines in elements such as the shapes of the windows and portholes. While she picks up some of the features that made her predecessor Narvalo an international prize winner, Hyhmä manages to even improve on them, thanks to her longer LOA and wider beam.”

This tri-deck displacement yacht has a beam of 7.8 metres, ensuring plenty of interior space for relaxing on long passages. Power comes from a pair of Caterpillar C18 ACERT diesel engines for a maximum speed of 13 knots and a globetrotting maximum range of 5,700 nautical miles at nine knots, drawing on a total fuel capacity of 46,700 litres. To further enhance her explorer yacht credentials, Hyhmä features a bulbous bow and enhanced scantlings in the hull and rudders to cope with icy conditions.

Other superyacht projects currently under development at the Italian yard include the 42.8 metre Project K42, which will overtake Hyhmä as the yard's flagship upon delivery later this year.