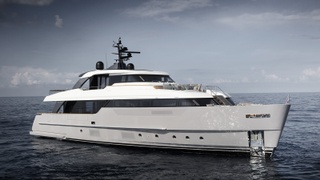 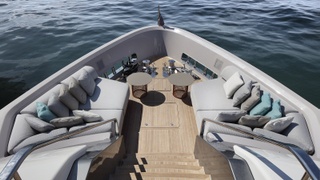 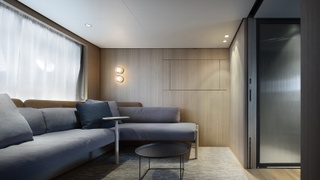 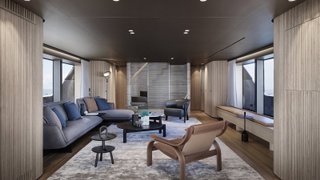 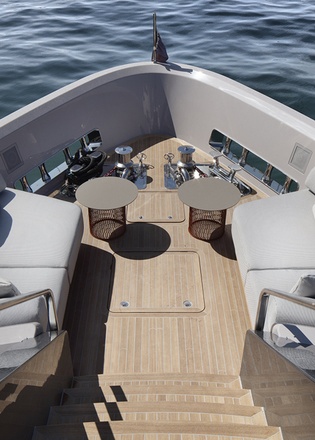 Italian yard Sanlorenzo has released new details and the first images of its new entry level model in its SD line; the SD96.

Designed by Zuccon International Project, with interior design by Patricia Urquiola, the 28 metre model was unveiled at the Cannes Yachting Festival. It will replace the SD92 model in the range, which was launched in 2007 and has spawned 27 units.

The SD96 is the smallest yacht in the transatlantic SD range, which spans from 28 metres to 38 metres and includes the SD112 and the SD126.

Speaking about the exterior design, Bernardo Zuccon said the livability of the yacht and versatile spaces on board were key.

“The SD96 is a yacht with a wealth of history and tradition that sets sail in a new sea, where stylistic features and functions have been redefined to help write a fascinating new page in the life of this shipyard,” he said.

Patricia Urquiola has created a minimalist “warm and welcoming” interior, while the layout was designed by Philippe Briand.

The key focus on the interior was creating a flexibility of spaces which flow together.

“Our starting point for this collaboration with Sanlorenzo was doubtlessly the sea, a great source of inspiration for the whole development of the concept and therefore the interior of the yacht,” said Urquiola.

“The materials, shapes and colours evoke the marine world, creating a flowing and elegant space full of natural colours,” she added.

The interior design was penned by Patricia Urquiola

Details include oak panelled walls in the main deck and a central staircase bronzed in steel and wood and encased in a travertine shell.

The skylounge is an especially versatile space that can be used as a living room, dining area or cinema thanks to modular furniture.

Accommodation is for a total of 10 guests on the lower deck while crew accommodation allows for a staff of five.

Elsewhere at the press conference, Sanlorenzo revealed a new three model composite range called the SP range. The first model in the range is the 33 metre SP108, which has been designed by Zuccon International Project.

The yard has also added a new range to its superyacht division. The steel and aluminium explorer Espace range has also been designed by Zuccon International Project and kicks off with two models; the 38ESP and 42ESP.

The 42ESP is currently under development. The yard said it would begin cutting metal in spring 2020 with a scheduled delivery in spring 2022.