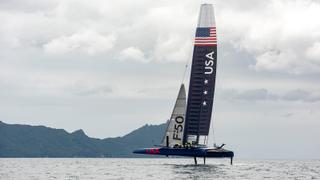 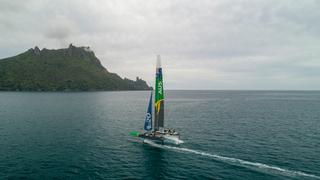 A new international sailing league has taken a massive step forward following successful sea trials of the F50 catamaran prototype in New Zealand. The first two F50s, which will race in the SailGP league next month, were put through their paces on the water during 27 days of sea trials.

Four-hour daily sailing sessions involved the teams performing a number of manoeuvres to test the boat’s structure and equipment.

Described as “the world’s fastest, most technologically advanced catamarans”, the F50 reached a top speed of 49.7 knots in 17 knots of wind during sea trials with Olympic champion Tom Slingsby and his Australian SailGP team at the helm.

Once fully developed, the F50 is expected to reach speeds exceeding 50 knots.

The sea trials saw the first two F50s put through their paces, with all six national teams taking advantage of valuable training time on this new class of boat.

The sea trials followed a construction process which began in September 2017 on a fleet of six identical boats. Since then, a team of more than 100 engineers have been working to ensure on-time delivery.

SailGP chief executive Russell Coutts said: “This racing has the potential to excite a whole new audience for sailing. After getting a first look at what the F50 is capable of, I’m confident the product we will share with the world starting with our first event in Sydney will be dramatic and thrilling.”

The first grand prix racing circuit will get underway in Sydney on February 15, before the teams compete in San Francisco, New York, Cowes and Marseille.