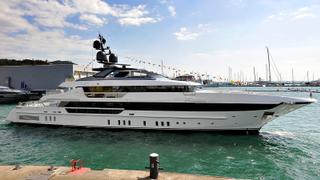 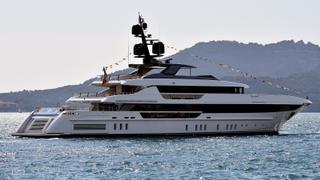 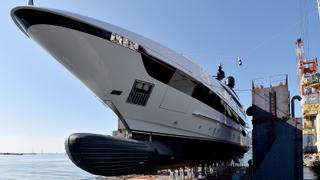 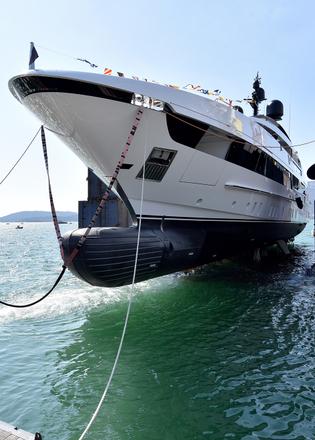 Italian yard Sanlorenzo has delivered its second 52Steel yacht, which was launched at its La Spezia facility in March.

Featuring exterior styling by Officina Italiana Design, this 52 metre superyacht is the follow-up to Seven Sins, which hit the water for the first time in January last year. It is understood that the interior of the second hull was designed by Tiziana Vercellesi.

Accommodation on board this steel-hulled displacement yacht is for up to 12 guests split between five cabins. These include an owner’s cabin, two double rooms and two twins with Pullman berths. Meanwhile, the crew quarters allows for a staff of up to nine people.

The Sanlorenzo 52Steel’s beam of 9.35 metres allows for a total interior volume just shy of the 500GT mark, while the maximum draught is 2.65 metres. Key features include an eight metre float-in tender garage, which can be converted into a beach club, and a spacious foredeck seating area — ideal for relaxing away from prying eyes when moored stern-to.

Take a closer look at the second Sanlorenzo 52Steel yacht

Power comes from a pair of 1,900hp MTU 12V4000M63 engines for a top speed of 18 knots and comfortable cruising at 16 knots. When trimmed back to 11 knots, a transatlantic cruising range of 4,400 nautical miles should be possible, drawing on a total fuel capacity of 55,000 litres.

Other superyacht projects currently under development at the Italian yard include the third and fourth Sanlorenzo 52Steel and the flagship Sanlorenzo 64Steel, which is expected to hit the water in 2019.