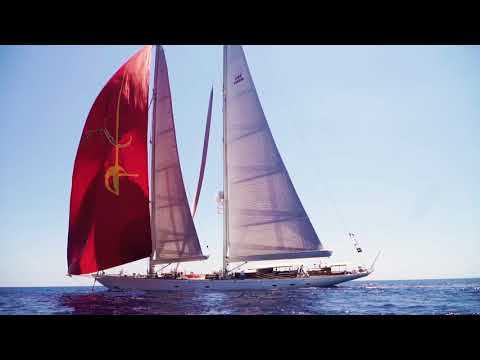 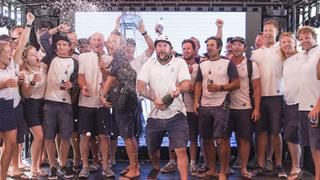 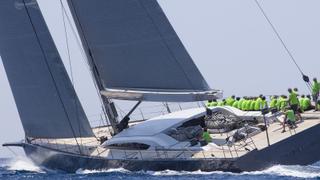 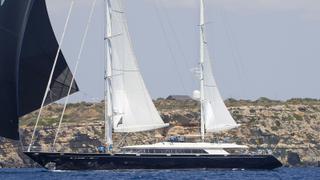 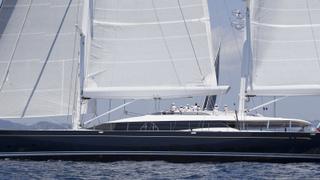 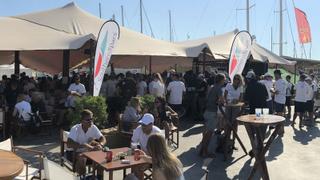 The Superyacht Cup Palma: Velsheda claims the cup in fight to the finish with Mari-Cha III

There was all to play for as the dramatic fourth and final day of racing at Palma’s Superyacht Cup dawned on Saturday.

The seven-strong Class B, the largest class at the regatta, headed back out to the water to begin the final St Regis Mardavall race with Mari-Cha III leading overall with three points.

After failing to place in the third day of racing, J Class icon Velsheda had slipped to second place overall with five points and had work to do to overtake superketch Mari-Cha III and fend off third placed Sojana.

After more than two hours of racing, Velsheda and Mari-Cha III finished level on overall points with six apiece. But it was the team of Velsheda who took the class and overall Superyacht Cup title on countback.

Velsheda owner’s representative Lars Loftus complemented the closeness of the competition. “To be in the mix with all the guys in Class B and to be able to hold our own was delightful, then to come out top overall is completely amazing. It should be close racing and it was a tie with Mari-Cha III before we got them on countback, but we will take it.”

He added: “A lot of the guys have been sailing on Velsheda for many years, so to come here and take the old girl out on the water and get a win is simply fantastic.”

Elsewhere Class A, the closest contest of the regatta, got underway. The 2016 Superyacht Cup winner and 2017 Class A winner Win Win had done well to reverse the result of the Pantaenius Race to place first on the third day of racing.

But on the starting line it was all to play for, with Win Win, Saudade and Highland Fling tied with four points each. Immaculate boat handling and crisp manoeuvres saw Win Win take a narrow advantage and reprise her Class A winning performance of last year. Saudade finished second overall with Highland Fling in third.

In Class C, Silencio approached the starting line in the lead with three points, ahead of 56 metre Athos with five points and Bolero with six.

While it was Bolero that made the most of the breeze to win the St Regis Mardavall race, Silencio’s second place, added to her previous first and second, saw her take the overall class with five points. Bolero slipped into second place with seven points while Athos and Aquarius finished with nine points apiece.

Scorpione of London skipper Clive Walker said he hoped the non-spinnaker category would become a permanent fixture in the future of the Superyacht Cup. “The Corinthian Class is a nice idea to bring new owners into this event. It is a great entry level and if we can develop the Corinthian concept it will build the regatta for years to come,” he said.

Event director Kate Branagh said she looked forward to welcoming owners back next year to the 23rd Superyacht Cup. “Palma Bay delivered again as always, with some fantastic close racing across a range of classes, followed by relaxed and friendly times ashore."