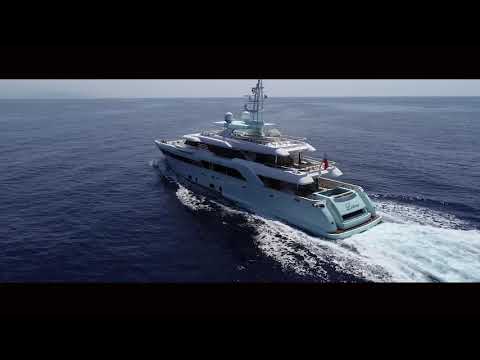 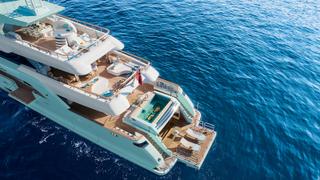 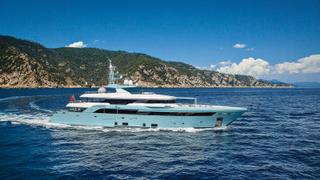 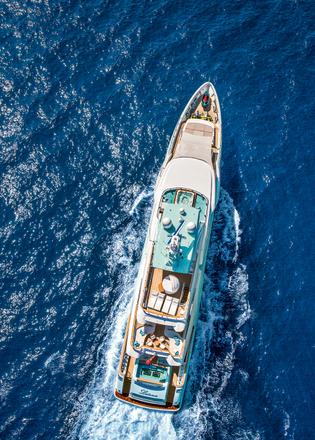 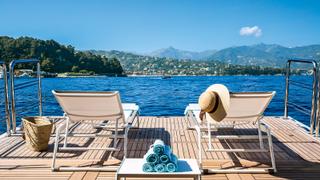 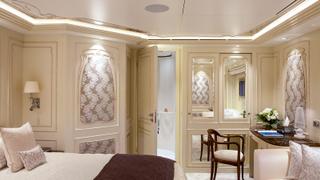 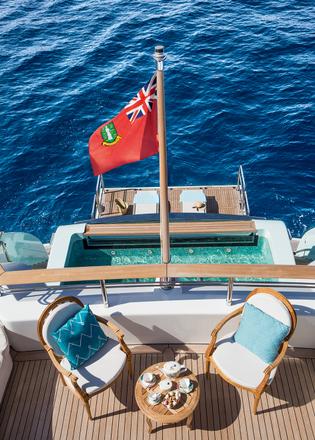 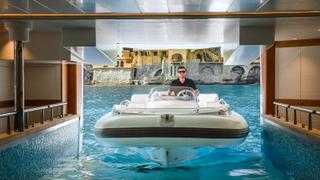 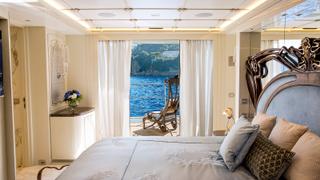 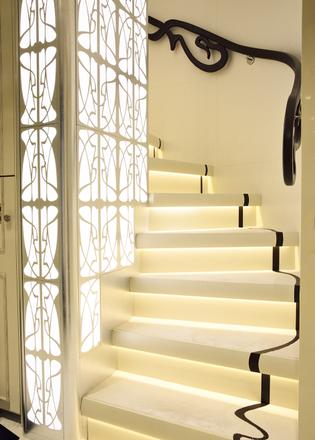 The video includes sweeping running shots of the private yacht before journeying inside to focus on Latona's interior detailing and close up images of her artwork. The saloon is seen to feature a white grand piano while the balconies are deployed and the aft deck is set up for al fresco dining. The video also features the yacht's superyacht swimming pool and spacious drive-in tender garage, as well as the multiple al fresco sun lounging areas.

Latona was delivered in May this year and built under the codename Project Superconero before her launch in February 2018. She immediately embarked on her maiden voyage cruising the Mediterranean.

The naval engineering, design and interiors were developed by the CRN Engineering team working in partnership with Zuccon International Project. This steel and aluminium displacement yacht features an 9.2 metre beam and a total interior volume of just under 500 gross tonnes.

“Every launch is a reason for great pride for the shipyard,” said CEO Alberto Galassi on her delivery. “This complex, magnificent, 50 metre construction realises the desire of a selective and resolute owner, who has turned to the expertise and the ability of CRN to build his personal project, turning his vision into a magnificent vessel.”

The naval engineering, design and interiors were developed by the CRN Engineering team working in partnership with Zuccon International Project

Latona includes all the premium features CRN is famed for, such as a fold-out balcony and a superyacht beach club. The beach club can be flooded and turned into a tender garage when needed.

It is understood that Latona has been fitted with a pair of 1,600hp Caterpillar C32 diesel engines for a top speed of 15 knots and will boast a transatlantic range when trimmed back to 11 knots.