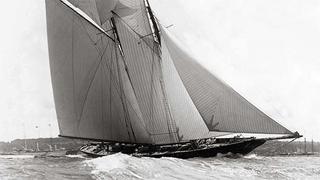 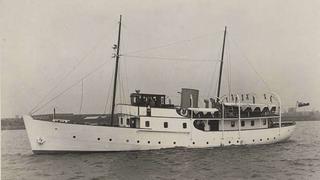 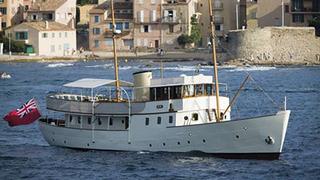 Visiting GL Watson’s offices in Liverpool explains a great deal about this company. From elegant top floor premises in what used to be the headquarters of Martins Bank, it enjoys stunning views across the Mersey and North Wales and a studious atmosphere reigns.

The office’s fit-out is modern and sleek but peppered with mementos of the history of yachting with which the firm is so closely connected. A framed letter from Buckingham Palace records the scuttling of_ Britannia, perhaps the firm’s most famous design; a bust of Kaiser Wilhelm II, German Emperor and King of Prussia, is a thank you present for the successful design of _Meteor II; and a collection of models highlights the role the firm has played in yachting since it was established as the world’s first yacht design office in 1873.

All be it one of the great venerable names in yachting, the firm wears its history lightly. This is perhaps because through some 1,500 designs, in some senses, little has changed in the firm’s approach. Managing director William Collier explains that although the firm has always had a core value of design excellence, it has also always been involved in construction supervision and in-service support. The detailed engagement with high-quality design and long-term relationships with the resulting yachts and their owners has never changed.

The firm has recently invested significantly in conserving its archive. The room that is set aside for this has something of a museum atmosphere until we start looking at individual drawings. Far from being overwhelmingly archaic, the drawings still appear fresh and the staff that deal with them explain them with an easy familiarity.

This stems not just from an enthusiasm for the dramatic designs that include four America’s Cup challengers and palatial steam and sailing yachts for virtually every significant yachting family in Europe, pre-revolutionary Russia and the US, but also because the archive remains in frequent use.

Watson’s role as designer and project manager in the 2007 restoration of its 1938 design Blue Bird won it a World Superyacht Award and access to the original design material was key to the success of the project.

Around the office I see evidence of work on a small 1880s sailing yacht which Collier explains is a replica project for a French client and drawn directly from the archives. In fact it seems that with the firm’s on-going projects and the significant number of archive enquiries there is rarely a day that passes without reference to this precious collection of thousands of drawings and photographs.