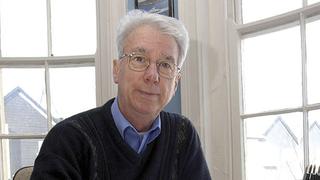 Yacht designer Ron Holland celebrated two milestones in 2008 – his 60th birthday and 33 years in his chosen profession. Since these events always stir up reflection, it is a good time to get his insight on the growth of the industry and how he sees his role in its development, past and future.

‘Some key things happened,’ he says. ‘When I finished school I went to work for a builder of wooden boats, and that became a sort of foundation in the way I approached design in my career. I was in my 20s, just starting out, and my approach was more practical than theoretical or academic.

‘It was the 60s and the superyacht almost didn’t exist. There were a handful, maybe, of big yachts but nothing really under construction. It has been amazing to see the whole industry undergo a dramatic change.’

Holland began with designing and sailing successful racing yachts in international regattas: the Admiral’s Cup and the Fastnet Race. Performance was a big part of the achievements of Ron Holland Design.

The studio moved on to designing the Maxi race yachts Kialoa and Condor, which, at 24.4m, were the largest racing yachts being built at the time. For Holland these were the stepping stone to the new generation of big sailing yachts.

We could never have imagined what was to follow in the next 20 to 25 years. It has been extraordinary

‘We did two projects, both sort of influenced by racing success. One was in Europe, called Whirlwind XII, and it was the first 30.5m that I designed and the first built by Royal Huisman shipyard. Both of our organisations were at the leading edge of those first steps into 30m-plus private yachts,’ recalls Holland.

‘The second boat we did, in parallel almost, is now called_ Avalon_, built in New Zealand – the first over 30.5m to be built in that country. These two boats were defining moments for my organisation. I thought that’s it, this is the ultimate, it’s never going to be bigger or better. We could never have imagined what was to follow in the next 20 to 25 years. It has been extraordinary.’

The two boats had an impact on the luxury market because they showed that it was possible to have a level of comfort beyond what traditional, classic sailboats could offer, even large boats. They were more stable, heeled over less and had more volume, and their interiors were reminiscent of motor yachts.

At the same time a revolution was going on in equipment. Mast riggers, sail makers and hardware manufacturers were bringing out new products that enabled large yachts to be sailed by small crews.