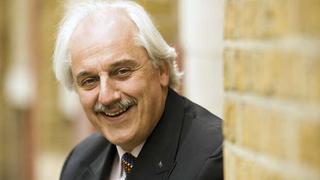 Since yacht design is highly competitive, you could be forgiven for thinking that there might be some animosity between designers. But that notion is far from reality. I am blessed with being able to count on some of the world’s leading designers as close friends, among them Tim Heywood, with whom we have collaborated on various large motor yacht projects, including the award winners Pelorus, Ice and Kogo.

I first met Tim around 1972 when we were both under the wing of the late and great Jon Bannenberg. I had joined Jon in 1968 for a couple of years before going off to design a couple of hotels in South Africa and hitchhike around America for six months. On my return the Bannenberg office had expanded to include a few new faces, including the ever-smiling and joking Tim.

Unable to find a ‘proper job’ after completing his studies at the Central School of Art and Design, Tim worked on a building site until Bannenberg rescued him and offered him a place in his team. He also quickly invited me back to the team, and Tim and I became working buddies.

The early ’70s were very fashion-conscious, and as our studio was on the King’s Road we were exposed to all the latest clothing styles. I thought of Tim as a really snappy dresser and was envious of his automobile style: whereas I had a 1967 Beetle, he drove a slick Chevrolet Corvette. I was also impressed with his skills and patience in the office. I have always seen a technical drawing as a document to relay information and not necessarily as a work of art, but his technical drawings were another matter. In this age of computer rendering it’s still a pleasure to look at some of Tim’s hand drawings.

Tim moved up the Bannenberg ladder as I drifted away in 1973 to go it alone. His skills inspired Jon’s full confidence, and he was given responsibility for some of JB’s famous creations, including Siran.

When I first went on board that yacht I could not believe the degree of detail that had been carved out. It was as if the design brief had been: ‘OK. let’s spend as much money as we can on every square foot.’

Tim carried out all the incredible interior design drawings, and although today he shies away from interior work so that he can flex his superstructure styling skills, he is clearly a brilliant all-rounder.