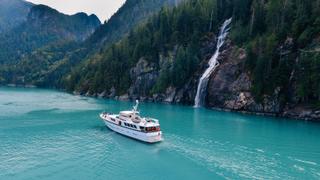 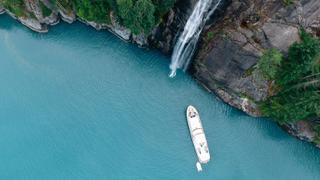 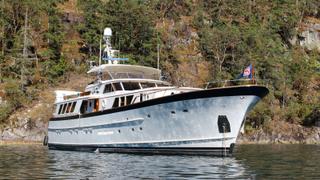 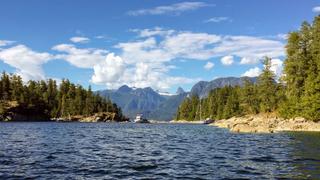 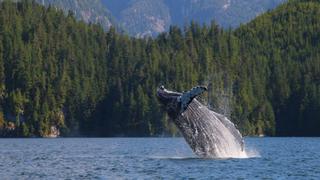 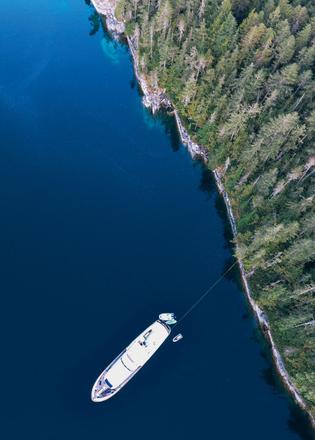 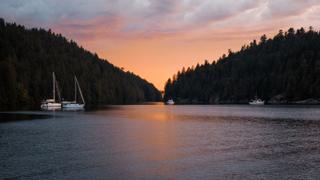 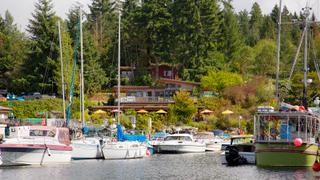 The furthest corner of Canada’s British Columbia is home to an incredible cruising ground that is anything but desolate. But the early explorers who gave Desolation Sound its name were clearly unimpressed by the sprawling wilds they found there. In fact, British Royal Navy officer Captain George Vancouver, on an expedition in the summer of 1792, went so far as to say “there was not a single prospect that was pleasing to the eye”. How mistaken he was.

As the 29 metre motor yacht Oriana noses her way into the expansive body of water that is Desolation Sound, we are greeted by tree-covered mountains, open skies and the complete absence of other superyachts. Channels radiate like veins from the heart of the sound, giving way to hidden harbours and secluded islands ready to be explored.

It is startling to think that it took just an hour’s seaplane journey from the stylish city of Vancouver to arrive in this wild land. “I know of no other location in which one can be in total wilderness just one hour away from a major metropolitan centre,” says Oriana’s owner, Mark Sager, from the helm of his beloved Burger classic motor yacht. Sager captains Oriana himself when hosting family trips such as this one, on which I am lucky enough to tag along. It’s a rather different role for the lawyer and former mayor of West Vancouver, but one he relishes.

This morning, I meet Sager at Vancouver’s seaplane airport – one of the few cities in the world to boast one – where a dozen floating aircraft bob at the docks. The journey to meet Oriana is short but vivid, the seaplane skimming at low altitude over the mountaintop lakes below. There is no need for in-flight entertainment; simply gazing out of the window and watching the landscape quickly shift from city to Canadian woodland is diversion enough. The seaplane splashes down off West Redonda Island and pulls right up at the dock in Refuge Cove, where Oriana waits. The tiny cove is a scene of rustic whimsy, with a wooden-clad general store set on the water’s edge and colourful kayaks moored in front. Up the hill is a small cafe – serving salmon burgers and freshly baked goods – and an art gallery. The gallery owner is abundantly friendly and within minutes she tells me all about Refuge Cove’s history as an experimental co-operative community, founded more than 45 years ago. By the end of my visit she thrusts a gift into my hands: Refuge Cove Coastal Kitchen, a tome depicting the island’s storied past and its best recipes, curated from decades of resourceful island life.

Sager has been coming to Desolation Sound his entire life – he and his wife Kathy spent half of their honeymoon here. Although the experienced sailor and yachtsman has chartered all over the world, he is lured back to these cruising grounds time and time again. “Desolation Sound has such variety – white sand beaches, remote villages, stunningly beautiful mountain ranges, an abundance of protected harbours and the warmest water in North America north of Mexico,” Sager says. May to September is the best time to go, but it can also be enjoyable in April and October.

Our first stop is the harbour of Pendrell Sound, Sager’s favourite anchorage in Desolation Sound (if he were forced to pick just one). The protected sound – a long, fjord-like harbour – maintains a year-round temperature averaging 26 degrees Celsius. The phenomenon is created by a limited tidal pull, which means the warm water tends to stay in the sound, near the surface. The middle of the sound is incredibly deep at 200 metres, while closer to shore it eases off to 50 metres and the water is kept hotter in this “shallow” shelf. Anchoring is stern-to and Oriana’s first mate scrambles up the cliffs to lob a line around a tree in the lush forest that encircles the harbour. It requires careful footing as the shoreline is covered with Pacific oysters with razor sharp shells. It’s a breeding ground for them thanks to the warm waters, and while the calm harbour looks tempting for waterskiers, there’s a no-wake zone to protect their growth.

Swimming is permitted however, and within moments we fling ourselves off the gunwales into the mild waters. I swim leisurely laps around the boat, soaking up the late summer sun and the beautiful sound of silence. There are a few tiny boats dotted around the vast bay, but they are so far away that you’d have to squint to even notice them. That night we dine on the upper “bistro” deck under a banner of stars. Sager confesses he could spend days here, enjoying the solitude and cascading mountain views of this warm water hideaway, but there is so much else to see in Desolation Sound. “You could come here for years and never explore it all,” he says. “We are still discovering new anchorages and places to explore.”

This is proven over the week as we visit a few spots that Sager and his family had never been to, including the picturesque bolt-hole of Gorge Harbour on Cortes Island. With its manicured lawn and restaurant overlooking the marina, it reminds me of a Swiss lake. On shore is a general store, accommodation and walking trails leading into the heart of the island. Signs at the general store advertise waterfront yoga classes and live music by the bonfire.

Cortes Island is a favourite among boaters, as evidenced by the tiny outposts of the Vancouver and Seattle Yacht Clubs in Cortes Bay. The island has a bevy of anchorages and we also tuck into Mansons Landing and hike through the tall forests of Douglas firs and cedars, enveloped in their deep musk, to seek some inland water refreshment at Hague Lake. As we emerge from the woods, we are met by a golden sand beach sparsely dotted with families. Teenagers race each other across the clear lake water, swimming out to cliffs on the other side, where they bask in the sun and dare each other to jump. On the hike back to the boat, Sager says, “It’s so safe here. It’s off the beaten path, but it’s so safe.” It is rare to find cruising grounds such as this where the kids can run free, adults can relax and nature is omnipresent.

Gorge Harbour is the jumping-off point for the wild Desolation Sound Marine Provincial Park, an 8,000 hectare protected realm that’s a paradise for nature-seeking boaters and kayakers with more than 60 kilometres of shoreline dotted with bays and coves offering peaceful anchorages. On shore is a multitude of hiking trails and inland lakes devoid of other people, such as Unwin Lake, discovered by anchoring at the well-protected Tenedos Bay. The waters in the marine park are also warm enough for swimming and scuba diving.

Prideaux Haven is another anchorage within the marine park and the only place where we encounter anything close to a “crowd”. This popular anchorage is legendary for its large, well-protected harbour that’s safe in any weather, and with momentous mountain views. At weekends, the anchorage can fill up with a crop of smaller boats, but Oriana is the largest yacht there. She is, in fact, the only superyacht we spot the entire week.

“Oriana is the perfect sized yacht to explore Desolation Sound, with enough space for eight guests and five crew, she can be totally independent for weeks on end,” says Sager, “but still a size where she can get into most harbours and moorages.”

She offers plentiful places to sit and watch the wilderness roll by, whether from the flybridge, the bow lounge or the more protected aft deck – even the saloon with its large windows provides excellent views. This is important as you should always be on the lookout for humpback whales and otters making their way through the sound.

Sager is constantly updating Oriana to make her the ideal charter yacht. He recently added new Italian-made outdoor furniture and is in the process of installing a Tesla Powerwall, “so at night we can shut down all of the generators and just listen to the beautiful sounds which surround us.”

As the trip winds down, I agree with him that a week cruising this area is not enough. We spend just one day in the aptly named Bliss Landing, where the water lays as flat as glass and Sager reveals his slalom waterskiing skills. Then it’s over to the village of Lund, where Canadian singing sensation Michael Bublé’s family has a home. It’s a must-visit if only to try the famous strawberry-chocolate cinnamon rolls at Nancy’s Bakery and buy some pure-wool knit goodness at Pollen Sweaters – pullovers start at around £100 and are said to get warmer even as conditions get wetter, making them perfect yachting attire for cooler climes.

On the way to Lund, Sager points out Savary Island, which he wishes we had time to visit this trip. “It has white-sand beaches that rival Hawaii’s,” and he should know as he has a home in Maui.

Despite being so close to mainland Canada and the US, Desolation Sound has remained a well-kept secret. We have only skimmed the surface of these wild, diverse lands and it’s easy to see why Sager returns, year after year. Desolation Sound quenches the thirst for adventure and allows you to disconnect surrounded by natural beauty. So close to home, yet so far away.