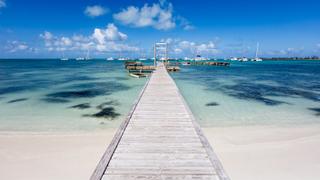 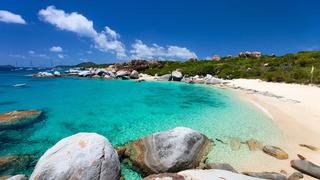 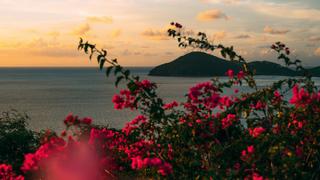 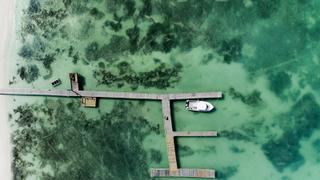 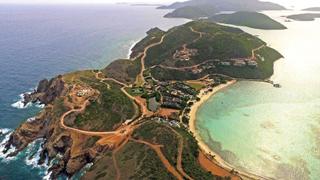 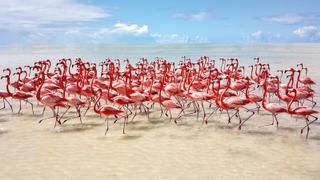 The calm after the storm: Returning to the British Virgin Islands

Devastated by last year’s hurricanes, the British Virgin Islands have dug deep to be ready to welcome superyachts back this season. Sophia Wilson returns to get the new lie of the land, and gives the lowdown on visiting the island paradise

I dive off the back of the yacht into water so clear you can see the sandy floor 10 metres below, and swim towards a shore that is a strip of blinding white sand dotted with large granite boulders. This natural phenomenon is the British Virgin Islands’ calling card – the Baths. The boulders are thought to have been created 50 million years ago and hurricanes Irma and Maria, which devastated the tiny island nation last year, did not move them.

The BVIs’ infrastructure did not fare so well when the most powerful Atlantic hurricane ever to hit land ran a straight course through the chain, which has a population of 30,000. An estimated 85 per cent of buildings were destroyed or severely damaged and the islands known as “Nature’s Little Secrets” looked more akin to a nuclear war zone.

The islanders were resolute that, although broken, they were not beaten – and they immediately started a clean-up operation that Mary Poppins could only dream of. “It kind of felt like a purge,” says Ranney Richard, from the British Virgin Islands Tourist Board, as we sit having dinner the night I arrive. “The islands just needed to spring clean themselves.”

Returning to the islands less than nine months after the hurricanes, the message is clear: they are open for business. More than that, they are desperate for superyachts to return this winter season. “We are probably running at 80 per cent,” says local captain Alden Sprauve, who has cruised the waters for more than 20 years. “It is important that the megayachts come back so that we can get the income to hopefully take it back up to 100 per cent.”

One superyacht stop-off that is already running again at full capacity is Cooper Island Beach Club, the family owned eco-resort in Manchioneel Bay. Located on the island’s west side, approximately five nautical miles from Tortola’s Trellis Bay, the resort is self-sufficient, which aided its recovery. “We were able to bounce back because we control our own power and water so we didn’t have to wait on contractors,” explains manager Samantha Baker.

On arrival it is clear that the rustic resort, home to a relaxed restaurant, the largest collection of rum in the BVIs and an on-site brewery, hasn’t lost its allure. The mooring balls in the bay, which can accommodate yachts of up to 18 metres, are full with catamarans enjoying the off season. Its superyacht anchorages remain empty, most likely because of the time of year, but celebrity visitors have already started to return. “It’s very low key here, no one harasses them,” says Baker. “Michelle Pfeiffer and [her husband] David Kelley were here recently.” Tucking in to lightly battered mahi mahi fish and chips with spicy mayo in the restaurant, a building predominantly made from driftwood, the relaxed appeal of the place is easy to see.

It would be easy to spend the afternoon sampling the 100-plus rums on offer, or the home-made gelato, but the other big attraction of this anchorage lies beneath the surface: some of the BVIs’ best dive sites. “In the southern islands there are a lot more snorkelling and scuba diving sites,” says Captain Sprauve. “We have got caves, we have got Wreck Alley, the wreck of the Rhone off Salt Island and ‘Alice in Wonderland’ up on Ginger Island.” To give us a taste he takes us by tender to the far end of the bay and lets us snorkel along the rocky outcrops. Borne by the current, I spot tarpon, jack and barracuda, while small schools of silver fish dance around me. The BVIs’ underwater world appears remarkably untouched by the havoc that was recently wreaked above the surface.

From Cooper Island it’s a two hour cruise to the prestigious North Sound, which has gained a reputation as the BVIs’ billionaire’s playground. Sir Richard Branson owns Necker and Mosquito Islands, Larry Page owns Eustatia and, at the far eastern end of Virgin Gorda, Oil Nut Bay has been transformed into an exclusive community under American developer David Johnson. But no amount of money can divert the path of a hurricane, and the peak of the storm ripped through this normally serene yachting playground.

Sailing into this part of the BVIs, which I have been fortunate enough to visit many times with Boat International, the damage is shocking. Its turquoise waters are still breathtakingly beautiful but its normally emerald hills are a dusky brown – the landscape looks more akin to Turkey in August. The Bitter End Yacht Club, a family- friendly hangout since the 1960s, had still not been cleared in June and Saba Rock (a personal favourite and the locationfor several raucous post-regatta dinners) is a building site, although I am assured it plans to reopen by December. I’m not surprised when Captain Sprauve tells me that I am not the first visitor to be reduced to tears when confronted with the aftermath of the hurricane.

However, it’s not all doom and gloom in this particular pocket of the BVIs, since Oil Nut Bay managed to escape the worst of the damage. Furthermore, a new marina is being created, with a village, to offer an alternative venue in this corner of the islands. We stop for lunch at the beachfront restaurant: its cascading pools and shallow waters, with green turtles playing hide and seek in the seagrass, are still as enticing.

Leverick Bay has also undergone a remarkable recovery effort and looks fairly unscathed – although its signature British telephone box has taken a bit of a beating. We dine on the restaurant’s turquoise veranda, and Richard Branson sits with his family two tables down. The British entrepreneur refused to leave Necker during the storms, and both of his luxury offerings are set to reopen later this year. The locals don’t bat an eyelid at his presence and the unwritten code of the BVIs – everyone is to be treated equally – clearly remains in force.

A further 14 nautical miles north of Leverick Bay lies Anegada, which offers a completely different feeling from the rest of the BVIs – it’s the only coral island and is as flat as a pancake (its highest point is less than nine metres above sea level). The islanders originally made their wealth by using lights to lure ships onto the reef and stealing their cargo. Today, the island has a somewhat more respectable reputation as a scenic tourist hangout (for those in the know), serving fresh lobster and strong rum cocktails.

One of the best places to sample these local delicacies is the Lobster Trap at Setting Point, which has simple white tables spread across a wooden jetty lit by fairy lights. To secure the best lobster you have to order in advance, as they are kept in cages in the water until the last possible moment to ensure freshness. Caribbean lobster has a reputation for being small and chewy, yet when grilled perfectly they are anything but (and half is definitely enough). The restaurant is under the same ownership as the Anegada Beach Club, one of the few places where tourists can stay on the island. It offers barefoot luxury in the elevated beach huts that line its wild, untouched beach.

As well as lobsters, Anegada has some other famous pink residents – a flock of flamingos. In the 1830s, thousands of the birds lived on the island but by the 1960s, owing to hunting and development, they had disappeared. Today they have been re-established and can be spotted at the western end of the island. We head out to try to find them with local guide Kelly Faulkner. Born on the island, he is a descendant of political activist Theodolph Halburn Faulkner, who helped establish a constitution and a new legislative council in 1949. After our 30 minute blast in the RIB, the brilliantly pink birds appear on the horizon. As we get closer, they look almost fake in comparison to the brilliant blue of the sea.

The ability to hop between islands and the bevy of different experiences on offer is why the BVIs have always been a firm favourite with bareboats and superyachts alike. As a beloved cruising destination, it’s time for the superyachts to return, a sentiment shared by locals and industry alike.

“I think it is only right to bring the yachts back to the islands that lost their infrastructure but didn’t lose their soul, to prevail under the devastating circumstances of the hurricanes,” says Worth Avenue Yachts charter broker Graham Sullivan. “My advice to clients is to cruise where you enjoy most. With any devastation there will always be rebuilding, which is funded through tourism.”

Of course, there is still evidence of damage but the heart of what makes these islands such a wonderful yachting destination – their wild nature, characterful locals, deserted beaches and damn good rum cocktails – is as enduring as those famous beach boulders.