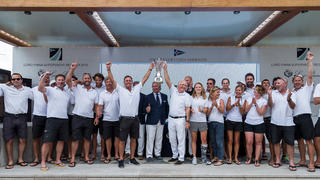 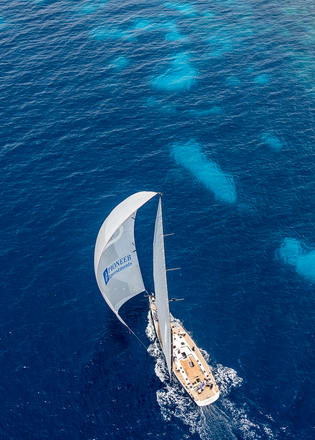 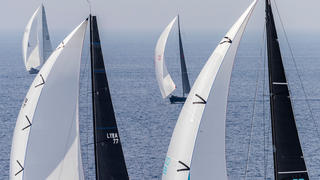 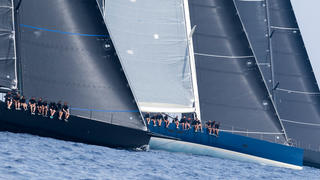 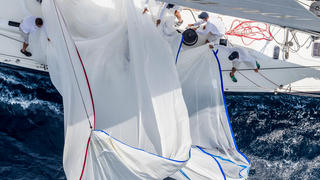 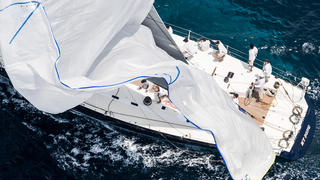 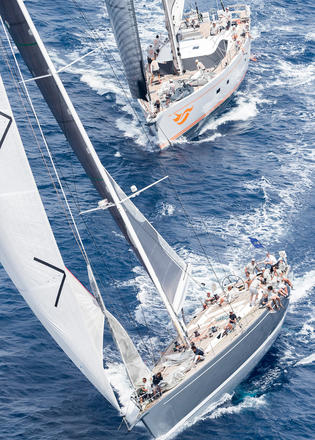 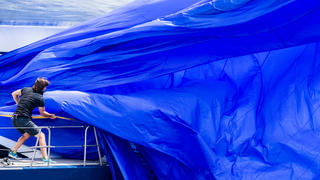 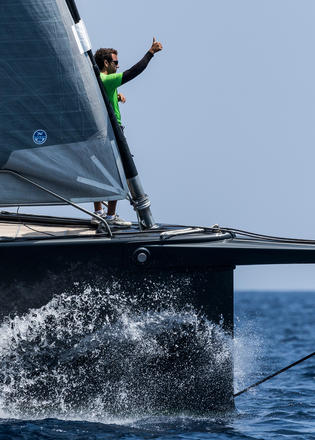 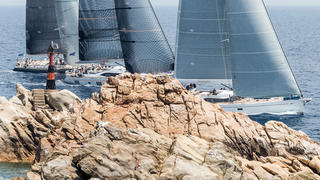 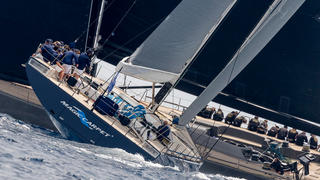 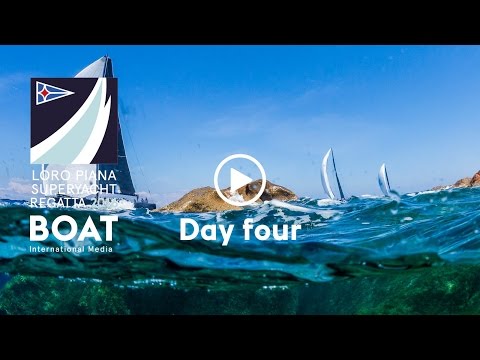 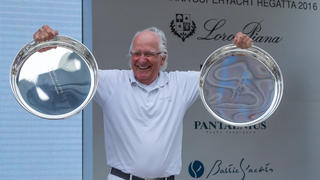 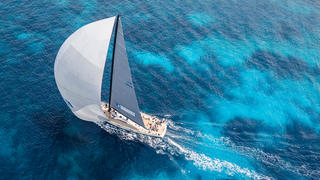 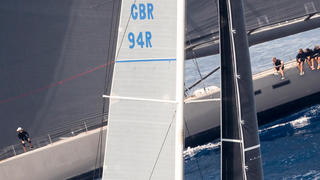 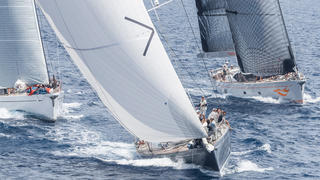 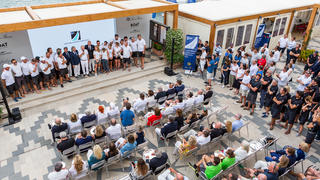 A delighted Albert Büll fulfilled his dream when the crew of the Wally 45m Saudade retained the regatta’s top award, The Loro Piana Prize: The Silver Jubilee Cup by Boat International Media, for the second year in a row. Their consistent performance across a very varied range of wind conditions sees them top Class A just as they did in 2015.

And Massimiliano Florio realised his own dream of winning his class three times in a row on Grande Orazio, the successful Southern Wind 24.72m.

On the Yacht Club Costa Smeralda dock where he first stood some 30 years or more ago, the Saudade owner revealed: “ It was a dream of mine to win again and now it is reality. It was a fight because we had everything this week, strong wind, we had light winds and we had very light winds. The conditions were so different each day and that is the speciality of the Costa Smeralda. The boat sails very well in the light.”

“I sailed here for the first time in 1976 and it is always great to come back. I have done so many races here, the Settimana delle Bocche and the Sardinia Cup which we won (in 1988 with the German team). And there are still people here this week who have been racing for as long.”

And Florio, the effervescent winner of Class B, with two first places and two second places was delighted to have fulfilled his goal of winning the Loro Piana regatta in Porto Cervo three times in a row: “I dreamed and hoped but I never really thought we could do it. Two out of three is good but three in a row I thought was impossible. But this such a great regatta.” the owner-driver commented.

“The regatta was fantastic. The wind helped us all the way through the week. Our team worked so very hard and really we did not make many mistakes and that means we were always competitive. And above all to win for the third time is really special. Our class is very competitive indeed with boats which have won here before such as My Song and so winning this time, for us is the most satisfying Loro Piana win yet.”

The 12 strong Wally class witnessed a head-to-head battle of the giants between Open Season and Magic Carpet 3 that went to the wire over two final windward leeward races. The first circuit saw an incredible tie between the two, corrected out to the same second after handicap. But on the deciding race Open Season clinched the Class win with a crucial victory while Magic Carpet 3 –which has led the regatta since the start – scored a fourth to drop to second, one single point behind their German flagged rivals on aggregate.

Jochen Schümann, the Open Season tactician smiled with relief: “Sometimes you have to wait until the last race to win a regatta but we got there in the end. We made a couple of rough decisions early in the week but when we had good starts and got away we won those races. I think in the end we deserved it. I think we are such even boats with Magic Carpet 3, we have such close fights. And I think that matters. We all come here to enjoy the racing and make sure the owners enjoy their sailing with competitive crews around them. It could not be much closer.”

The superyacht fleet today raced a relatively short course as dictated by the forecast for capricious light winds from the south east. For most the 13.7 nautical mile course south to round the little islands of Mortorio and Soffi before running back northwest to a turning mark at Capo Ferro – just at the entrance to Bomb Alley – then beating back upwind for a short final loop to the finish at the YCCS line at the entrance to Porto Cervo.

In the gentle breeze – 6 to 9 knots - it was essential to stay in clear air and reduce the number of manoeuvres where possible. In the Superyacht A division the pre-regatta decision to make a full survey of the anticipated rocky corners paid off today for Seawave, the 31.78m Southern Wind which was only launched less than a year ago.

Tactician Titch Blachford and navigator Mike Broughton’s rock reconnaissance allowed then to shave a few corners today which allowed them to build from their excellent start. They sailed clear ahead of started very well and were able to stay clear of their key rivals to win on corrected time by over three minutes today.

“The key was from the windward mark to the islands. With the fleet mixing and playing with each other behind us we worked hard to extend away from them. And then the next critical stage was being able to cut the corners at the islands, looking at the rocks earlier in the week.” remarked Blachford. “Winning today means so much for this team at their first Superyacht regatta together.”

Saudade’s fourth today was enough to seal the class overall, scoring 1,5,2,4 over their four coastal races. Tactician Bouwe Bekking, who sailed with the owner Büll many years ago, remarked: “I think we have a great team and that made it easy for me to step on board for the first time this week even if I sailed with the owner many years ago. This is such a different beast to when we sailed so many years ago on a 40 foot one tonner. This is a big animal but it still takes the same spirit and drive to win a regatta.”

In the Superyacht B division Maegan, the 25.15 metre Oyster, finished their regatta on a high note, winning by over one minute ahead of the overall class winner Grande Orazio.

“We made our best start today. We were on the gun, on the pace and that helped.” Recounts David Tydeman, Maegan’s safety officer, “We got the key wind shifts right and that helped on the leg down to the islands, making it more of a port fetch. We had good hoists at the islands. It has been great to have the two Oysters racing here.”

The yachts eligible for this award are the class winners that are superyachts over 100 feet with full cruising interior.