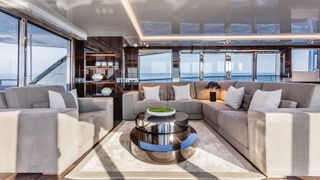 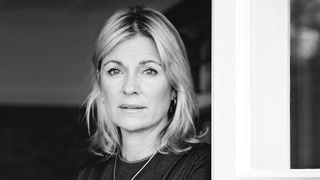 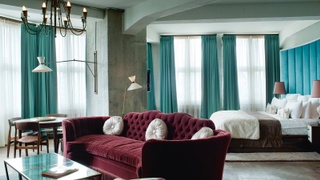 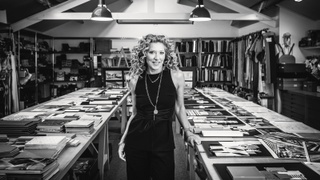 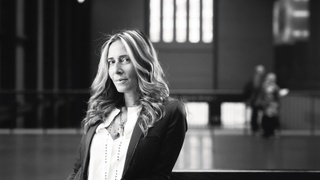 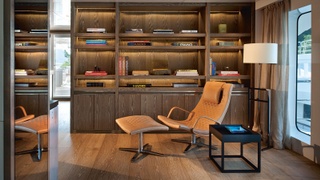 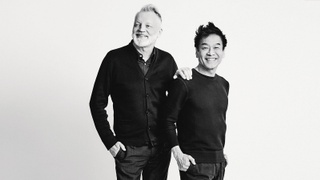 Pushing the boundaries: The residential architects taking on yacht design

Some of the world’s top designers are branching out from luxury residential spaces to superyachts. Claire Wrathall asks them how they’ve made the move

Everyone thinks there’s a massive difference, but actually there isn’t,” says Susie Atkinson, principal of London-based studio Susie Atkinson Design. She is comparing the challenges of designing the interiors of buildings with those of yachts. As long as you “treat every project individually”, do your research, focus on detail, follow the brief and work closely with the shipyard, she says, it’s no steeper a learning curve than designing “a club, a restaurant, a cinema or a spa – we’ve done many different things over the years”.

Atkinson is best known for her work on several Soho Houses (London, Berlin and Babington House among them). She is one of a growing number of interior designers whose clients are asking them to diversify into yachts; her latest project is a 51-metre classic motor yacht, built in the US in 1930 and recently rebuilt in the UK. “The brief was to design an interior which was welcoming, homely and with an understated sophistication,” she says – which is not unlike Atkinson’s signature style.

Do yachts present unique problems? “The two clear challenges were to ensure that as much as possible could be fixed down and to select fabrics that would stand up to inclement weather and be easily replaced if damaged. We upholstered walls in several cabins and in the main saloon using a traditional system of battening fabric to panels, which can be clipped on and off to a tracking system, allowing access to the wall behind or to replace it if damaged.”

Her favourite part of the project? Working with skilled craftsmen, and the ability to oversee the whole look, from furnishing to the bed linen and dinner service. “I like cohesive design and for spaces to flow well from one area to another. This is key on a yacht, especially when space is constrained and everything is in close proximity.” It goes without saying that one of her dream projects would be a luxury boutique-style boat hotel.

Kelly Hoppen is another designer for whom “it’s no different designing a yacht to designing an apartment” – overall pressure on space and often less-than- ideal ceiling heights notwithstanding. “You don’t want to feel as though you’re too enclosed,” she advised in the run-up to last year’s launch of Pearl Yachts’ largest boat to date and first superyacht, the semi-custom 29.2-metre Pearl 95. “The beauty has to be within the textures and the form.” So, as in all her projects, Hoppen favours an essentially neutral palette featuring many shades of taupe, and “very luxurious” materials such as marble, timber, ceramic and linens.

Of course, there’s nothing intrinsically new about interior architects taking on yachts. Peter Marino designed his first yacht, TM Blue One, more than 30 years ago. And Philippe Starck has been designing yachts – exteriors as well as interiors – for two decades. “I’ve worked with him, and he is a master of yachts,” says Tara Bernerd, a specialist in hotel design who has recently branched out into yacht interiors. Having designed those on 34.1-metre Cheeky Tiger and 46.5-metre Orient Star, she is currently at work on a 56-metre motor yacht that Perini Navi is building, the first of its new Voyager line. “It’s going to be very interesting.”

Indeed, yacht design may long be said to have had a bearing on her work. “As a girl I was a huge fan of Jon Bannenberg,” she says, “so I always had an eye for boats.” (A drawing by the renowned yacht designer hangs in her office.) Her experience in designing hotels is also proving invaluable. In some ways they have more in common with boats than homes because of the delineation between front and back of house, so to speak, or guest and crew areas.

But Bernerd is under no illusion about the challenges a yacht can present. Assuming the brief is more than “just choosing furniture and fabrics and cushions”, she warns that “without a doubt, they require a very different skill set. If you’re really taking on the architecture and design, there is a lot to understand.”

However, she continues, “if you work closely with the shipyard, you learn the do’s and don’ts, and all the practicalities one has to bear in mind in terms of movement, stability, indoor-outdoor living. I always think there should be a sporty feel to a yacht, and how the client wants to use it. You also learn to be clever with space.”

Indeed, the real appeal of this crossover approach – both for designers and yacht builders – is the way it drives ambition on both sides, thereby raising each partner’s game. Shipyards, notes Glenn Pushelberg, co-founder of the New York-based Canadian interior architects Yabu Pushelberg, tend to be “thrilled to work with designers who are not the go-to names, because it can challenge them to push boundaries”.

Best known for hotel projects for the likes of Four Seasons and Ian Schrager, the company has been working on yachts, usually for existing clients (“because there’s already trust”), since they refitted Radiant, a 110-metre Lürssen, for its present owner.

“Every owner wants something that nobody else has,” says Pushelberg. “We were recently working on a boat where the client wanted a spiral staircase made of stone. I said, ‘Are you kidding me? On a boat?’ But anything is possible. You can figure out how to build a stone staircase on a boat. You really can.”

Interiors inspiration: Inside the restoration of the Ten Trinity Square members club