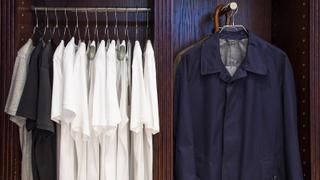 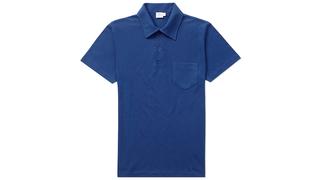 The era of the Riviera: Why every man needs a Sunspel polo

Sunspel has been making undergarments since it was founded in Nottingham in 1860 and, latterly, a wider variety of elegant, simple, well-designed pieces that have popped up in places that might surprise you. Remember model Nick Kamen taking off his Levi’s in a launderette in the 1980s, in one of the most famous ads of all time? It was an image that is said to have introduced boxer shorts to a whole new generation of men. Well, the white boxers Kamen was wearing were not by an American company, as you might have expected, but instead came from a spot closer to home. John Hill, the great grandson of Sunspel’s founder Thomas, had brought the idea back from the US in 1947.

Although the brand’s underwear and T-shirts (which are made in Long Eaton, England) are indeed great additions to any man’s wardrobe, it is the Riviera polo shirt that any self-respecting boat owner should check out. It is, quite simply, an incredibly good-looking and unfussy style. In 2006, the style was remodelled through the intervention of an Academy Award-winning costume designer, Lindy Hemming, who decided to dress the new Bond in one. The current Riviera style was created specifically for Daniel Craig (who wore Sunspel in Casino Royale and in Quantum of Solace).

She says: “I have dressed so many different characters in film and theatre in Sunspel because they are classic, timeless and beautifully made. With Daniel Craig as the new Bond, I thought it would be a perfect collaboration of quality and Britishness to ask Sunspel to create all his T-shirts, polo shirts and underwear. He looks very sexy and happy in their clothing.”

What makes it special is the material – a warp knit cotton fabric that was invented by Peter Hill, great grandson of the founder, in the 1950s. Hill was in the habit of visiting the French Riviera and was dissatisfied with the polo shirts of the time, which tended to be made from heavy cotton piqué. He wanted something that was cooler, and therefore more comfortable. The solution was found by drawing on the local skills around Nottingham, the home of lace making in England. A new mesh fabric, still used by Sunspel today – and called Q75 (Quality 75) by the firm – was developed on lace-making machines. It proved to be lightweight, soft, really comfortable and breathable. Plus the fabric kept its shape after washing, due to its unique structure.

Today the Riviera is actually made in Portugal in a family-owned factory much like Sunspel’s own in Long Eaton, but we’ll claim it as British-designed anyway. And after more than half a century, it’s still versatile, cool, relaxed and elegant. Just like 007.

ME+EM: The British brand putting a modern spin on the classic Breton stripe

Blazering a trail: How Gieves & Hawkes became the go-to name for bespoke jackets